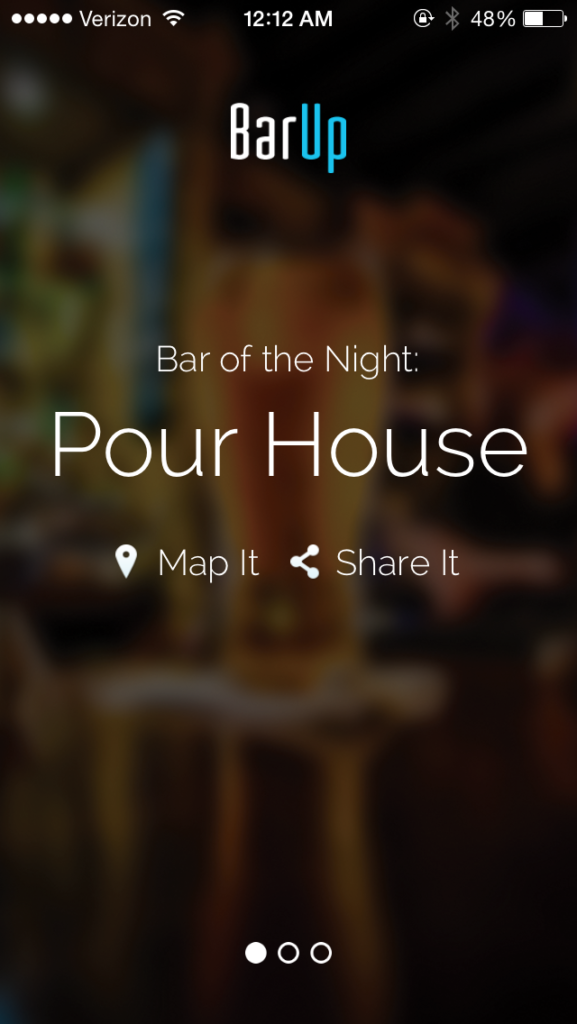 Just because it’s a Thursday night doesn’t mean Boston nightlife is dead. For those that like to stay out ‘til dawn, midterm be damned, the new app BarUp may be the key to future legendary nights.

“The inspiration behind the creation of BarUp was really a product of witnessing firsthand how empty the bar scene in Boston was during the week,” Alex Chin, co-founder and Head of Marketing for BarUp, said. “My co-founder Jimmy Aird and I used to work at the same start-up company in the financial district … We would hop to two to four bars a night looking to find a crowd but never had any luck.”

Aird and Chin were not alone.

“I don’t like limiting going out to weekends so I like BarUp because it brings together a group of people who all enjoy a good night no matter the day,” junior public affairs major Zak Persing said.

It seemed that the time had come to stop complaining and start creating. Once Chin and Aird came up with the initial idea to remedy their lackluster nights, they recruited some friends and past colleagues to design a business plan. This resulted in the current team of Brett Cooke, who headed up the coding and building of the application, Tyler Hathaway, in charge of design, and Enzo Capasso, head of operations.

The function of the app is relatively simple – it integrates research, experience and social media to locate hotspots and then uses that information to name a Bar of the Night each day.

“Before launching our app we conducted some extensive market research through fieldwork, polls and surveys to find out what and when certain bars are busy … based on people’s experiences at the bars we look at our social media outlets [and find] out what people are saying at the bars, whether that be about the venue, the crowd, etc. and use that as a benchmark,” Chin said. “Right now all the bars in Boston are all potential hotspots that we can set.”

And identifying a Bar of the Night is the sole focus of the app.

“Since we are only pushing one bar of the night to our users, there is no true segmentation in terms of region or atmosphere as of yet,” Chin said. “Our focus is crowding one bar to really give a weekend feel during the weeknights. This app is more geared to those that want to be at a bar, in the midst of a social crowd. As we grow in popularity and user base, one of the things we are looking into is having multiple bars of the night in different neighborhoods in Boston.”

In the month since the app launched, BarUp has already seen success in bringing in the barflies.

“I…went to the launch party first; it was a Thursday night [Aug. 28] and they packed The Point,” Persing said.

Chin confirmed that they drew more than 200 people that night and over 500 downloads.

All five team members are Mass.  natives so it’s no surprise that BarUp is “100 percent focused on Boston right now,” according to Chin. “That being said, in the future we are looking to expand to other cities but for now we are covering the entire city.”

This includes the financial district, Fenway and Kenmore, the North End, the South End, Allston and Brighton, Beacon Hill and Back Bay.

“That being said, this app was built around bringing people together during the weeknights to have a [greater] opportunity to socialize, network and connect,” Chin said. “If you are a college student and just turned 21 or if you are a high school math teacher, we want you to come out.”

Not only can users get great tips on where to go but they can also be part of the conversation.

“The main feature built into the app is having Twitter directly integrated,” Chin said. “This allows people to connect with each other at the bars. Anyone who is using #BarUp or mentions @BarUpApp in a tweet will appear on the second page of our app. This gives you a means of communication to anyone at the bar tweeting and also gives you a live look into the bar if you are at home or at work.”

The app is free to download and may feature campus favorites Conor Larkin’s and Our House in the “very near future,” according to Chin.

He also explained that they are currently planning their next big event, a virtual bar crawl in which the app will send out push notifications directing participants from bar to bar.

In the meantime, Chin shared some inside information about this weekend’s festivities, and suggested Lansdowne Pub and Bell in Hand for a good time out in Beantown.