Grants push Northeastern to the forefront of STEM education 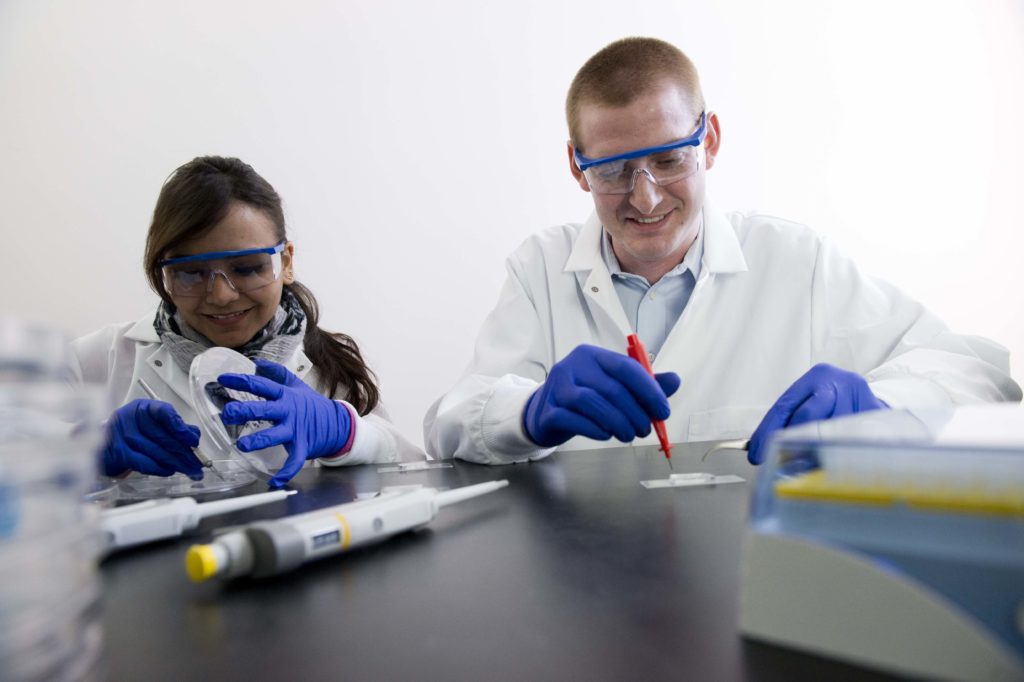 Northeastern now boasts the only science, technology, engineering and math (STEM) program in the country after receiving the First in the World grant from the Department of Education (DoE). Last week, Northeastern’s Lowell Institute School and College of Professional Studies was recognized as one of 24 recipients of the First in the World Grant from DoE, holding the third largest award in the grant program.

“It’s really exciting,” John LaBrie, the dean of the College of Professional Studies (CPS), said. “The grant was highly competitive and there were over 500 applicants.”

The First in the World Program provides grants to promote the development of innovative educational programs and make college tuition more affordable for both students and families. The program was set in motion by President Barack Obama with a goal for the US to be a world leader in the proportion of citizens holding degrees or postsecondary credentials by 2020.

“The First in the World grant competition is a key part of President Obama’s agenda to foster innovative ideas that help keep college affordable, increase quality and improve educational outcomes for our students,” US Secretary of Education Arne Duncan said in a press release. “The department is proud to support the wide range of innovation at colleges and universities across the nation that can dramatically enhance student outcomes.”

The money provided by the Institute comes with the stipulation that it must be focused towards bolstering STEM education.

“I’m an attorney by training, but I am a trustee at the Museum of Science,” William Lowell, the trustee of the Lowell Institution as well as the co-chair of the wealth management group at Choate, Hall & Stewart, said. “Through my own involvement [at the Museum], I’ve been educated through the fact that to a certain extent there has been an underemphasis on STEM education in our education system.”

The combination of awards totaling $7.9 million, has focused on efforts to both promote STEM education as well as promote education amongst adult students primarily trying to complete their degrees and move from a two to four-year institution.

Both LaBrie and Lowell agree that a focus on STEM is essential to pushing the US to the forefront of the world economy and STEM associated fields.

“The US has not been producing enough STEM graduates in over a decade,” LaBrie said. “[The nation] needs more and more graduates in STEM fields. That’s the case here in Massachusetts and nationally. Couple that with those who want to continue their education and have other obligations, the options for them are very limited.”

Guido Wilfred Lopez, a CPS professor of engineering, is optimistic for the future of STEM education both at Northeastern and in its relation to the economy and industry.

“We’re falling behind as a nation,” Lopez said. “We want to respond to the needs of the industry in the areas of science, engineering, technology and mathematics, and having the funds obviously helps not only to develop curriculum but also infrastructure to teach.”

Lopez highlights the need for a focus on hands on education. He personally plans to develop his research, which is focused on nanotechnology and renewable energy, in an effort to develop both professionally and expose his students to needed learning experiences.

“Education is a very novel kind of activity,” Lopez said. “I enjoy educating the future generations of engineers. Although engineering is considered to be a challenging area, anybody with willingness to dedicate themselves to this can achieve it.”

Along with LaBrie, Lopez notes the need to focus on not only adult students wishing to continue their degree, but also minority populations and women, both under-represented populations in the STEM fields

“This is going to be an opportunity as a teacher to demonstrate that these areas are open to everybody,” Lopez said.

LaBrie hopes that the growing STEM focus at Northeastern will set up a national dialogue, to promote both education and economic focus that will eventually be replicable by other institutions.

“The ability for an institution like Northeastern to create innovative new structures and to address this issue within our economy and society is a very important factor,” LaBrie said.