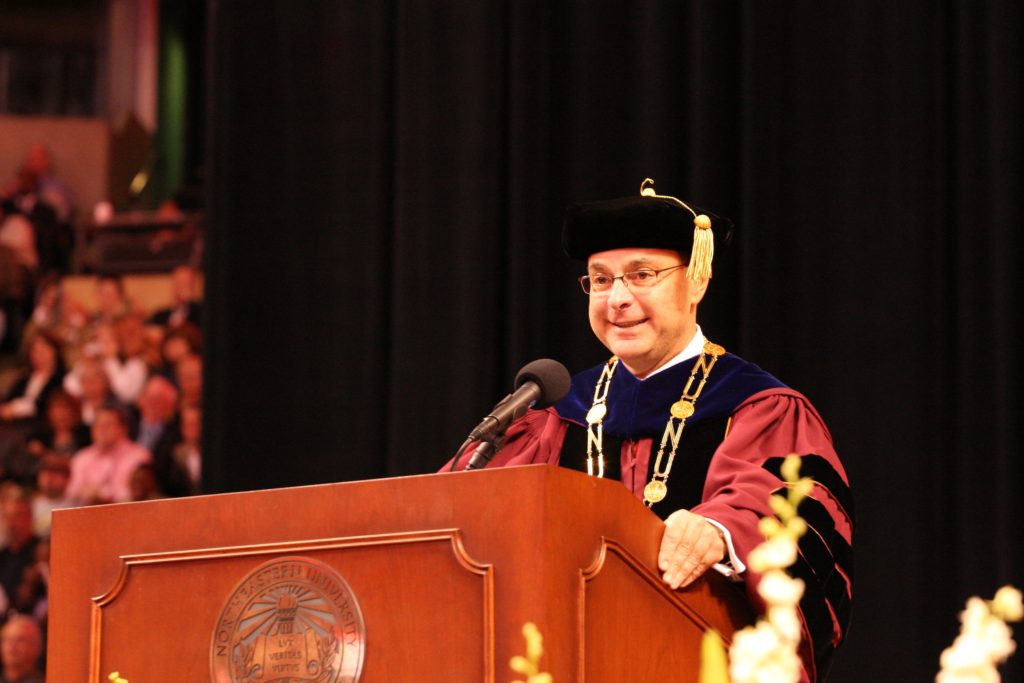 President Aoun earned the René Moawad Foundation (RMF) Distinguished Lifetime Achievement Award at a gala in Washington over the weekend. The award served to recognize his outstanding contributions to education.

The gala and preceding award is presented every year to an influential member of the Lebanese-American community.

“When I was recruited as faculty and then recruited as president, no one asked where you are from,” Aoun said at the gala on Oct. 17.

Aoun was born in Beirut, Lebanon, in 1953 and took his first education position at the University of California as a linguistics professor in the College of Letters, Arts and Sciences in 1982.

The RMF is a nonprofit, non-governmental organization that promotes sustainable human development in Lebanon. The organization was created in 1990 by Nayla Moawad in the name of her late husband, the one-time president of Lebanon who was assassinated in 1989.

Aoun was introduced by Victoria Kennedy, the widow of Ted Kennedy, whose family was originally from Zgharta in North Lebanon.

“When I first met our honorary, it was in 2006,” Kennedy said at the gala. “I was at an event with the newly installed president of Northeastern University… When he spoke, I heard a hint of music of Lebanon in his voice, and he immediately won me over in a second.”

Kennedy highlighted that Aoun has transformed education at Northeastern through his focus on global and experiential learning.

“Under his administration, Northeastern students have worked, studied and conducted research in 121 countries on all seven continents,” Kennedy said. “His students are prepared to live in a globally connected world.”

In his acceptance speech, Aoun noted his obligations to both the US and Lebanon.

“Our goal is very simple,” Aoun said. “ We must stand ready to give back science. Research and technology are a must. That’s what we can give back.”

“From my experience in student government and IDEA, our student-led venture accelerator, I have worked alongside President Aoun and seen the direct impact of his leadership at his time with Northeastern,” Naraghi said in an email to the News. “Our university would not be where it is without him.”

Concluding his statement, Aoun called on Lebanese people all over the world to “redefine their role and contribute to Lebanon’s education and technical advancement,” as stated in a press release from RMF on Oct. 17.

“Your success and achievements have brought pride and honor to Lebanon,” Antoine Chedid, Lebanese ambassador to the US, said at the event.