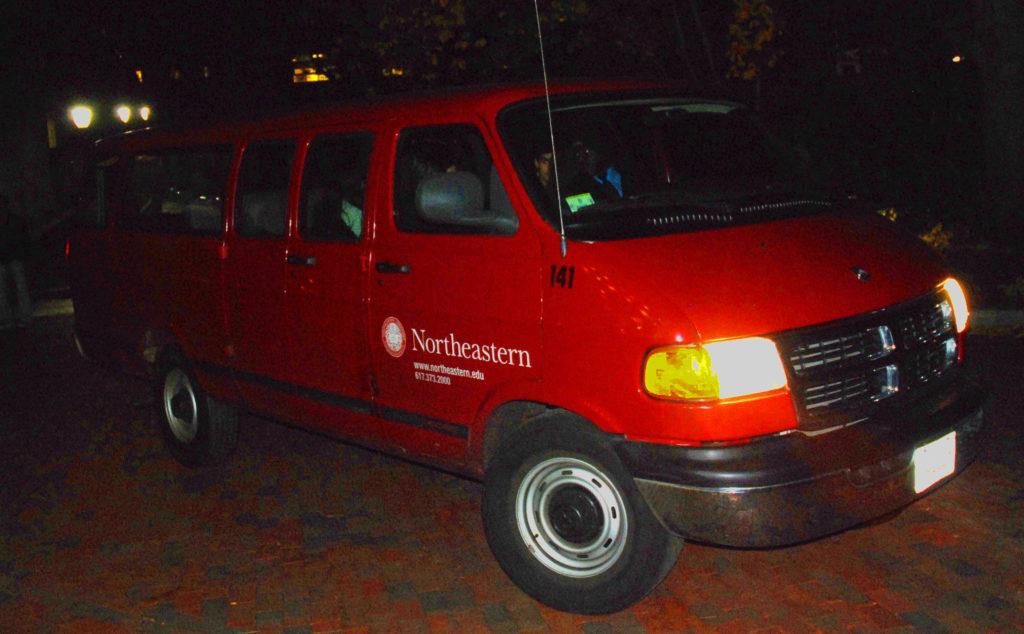 With ridership of the off-campus student shuttle expanding, the Student Government Association (SGA) and the Northeastern University Police Department (NUPD) have entered talks to expand the service to the nearly 6,300 students who live off campus.

“I didn’t know the shuttle existed,” Noah Carville, SGA president, said. “I was told that there was a sign for it and you just need to look for it, until you look in a bush by Snell. I said that,back when I was a freshman, that that was not okay.”

NUPD said that in September of 2013, ridership only clocked at 1,420 but nearly doubled in September of 2014, clocking in at over 3,000 student riders. Last month alone, 4,616 students were transported, more than double the number of students who utilized the service in October 2013.

Since the start of the semester, Carville and John Finn, vice president of SGA, have met with NUPD to work out a new shuttle system to accommodate the off-campus population. Talks began after early-semester off-campus public safety concerns arose, specifically an assault in September that occurred on Huntington Avenue.

“As someone who lives on the Hill, you kind of assume that Huntington is the safe haven,” Carville said.

The shuttle runs every half hour between 8 p.m. and 4 a.m. and will drop students off anywhere in a mile and a half radius with pick-up locations at the Snell Quad and in front of the entrance to Ruggles on Forsyth Street.

Prior to February 2014, the shuttle only ran every hour, but increased demands, especially during midterms and finals, prompted pickups every 30 minutes The new deal being discussed would increase the service to three shuttles and run every 20 minutes.

Rachel Lake, senior international affairs and anthropology combined major, lives on Mission Hill and didn’t learn about the shuttle until her junior year. Lake notes that she would be open to taking the shuttle, specifically in the winter due to weather rather than safety concerns.

“Walking back to Mission Hill from campus has never seemed like a daunting activity to me, but I’m often with groups or at least another person, which helps,” Lake said.

Despite normally taking the T or an Uber when forced to walk home alone late at night, Lake supports better and increased signage throughout campus but believes the time between shuttles is too long.

“ 30 minutes is a long time to wait for a shuttle considering the walk back to the Hill is about 20 minutes itself,” Lake said. “[However, I’m] always down to see money spent on something that directly benefits students.”

Carville agrees, stating that the key issues are that students need to be aware of the service and that capacity can be handled adequately.

“I think student response will be ‘wait, there’s a shuttle? This existed before?’ and then ‘Wait yeah, this sounds awesome,’” Carville said. “Like I said, when you have over 6,000 students in these neighborhoods, they’re going to take advantage of [the shuttle].”

Aside from increasing service, NUPD is also looking into the possibility of having the technology for students to swipe their Husky IDs for shuttle use. Both NUPD and SGA hope to begin expanded service in early 2015.