Smiling may hinder outcome of interviews 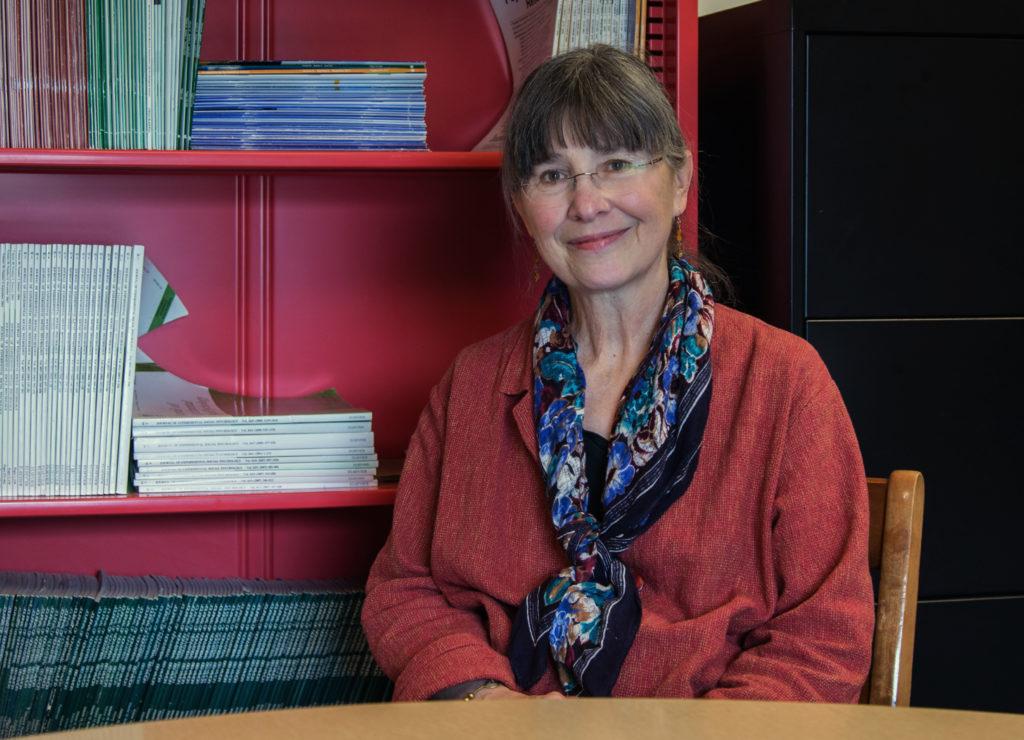 A smile really can kill… at least your chances of getting a job, according to a recent study by two members of the Northeastern University department of psychology. In an educational environment that heavily pushes pre-professional work experience and students going on multiple co-op interviews, smiling too much during a job interview can actually harm an applicant’s chances of being hired, a recent study reveals.

Contrary to previous literature and common cultural knowledge, flashing those pearly whites is not always advantageous, according to Mollie Ruben and Judith Hall of the psychology department, who co-authored the study with Marianne Schmid Mast, a professor in the Department of Organizational Behavior at University of Lausanne in Switzerland.

“I think it is intuitive that you should smile to show you’re friendly,” Ruben, first author on the study and a postdoctoral researcher at the Jamaica Plain campus of the VA [Vetrans Affiars] Boston Healthcare System, said. “But when someone smiles throughout an interview, it can make them seem less competent or serious.”

The study showed that smiling can have a negative effect on applicants in all careers, though it is particularly harmful to those in fields perceived as more serious, such as reporting, managing and data entry. The disadvantage of smiling decreased for fields that are seen as more sociable, such as teaching, sales or deejaying, according to the study.

That is not to say that not smiling at all is a good technique, Hall said, who supervised Ruben as a graduate psychology student at Northeastern during the time of the study.

“Less is better than more, but if you never smile, you probably won’t make a very good impression,” Hall explained.

In particular, the study found that it is best to smile at the beginning and end of an interview, and less during the middle. This pattern seemed intuitive to Hall, but she cautioned that the data needs to be tested further, preferably outside of a lab setting.

“Anything you find in a lab, you have to see if it applies in the real world, if you’re going to tell people how to behave, especially,” Hall said.

However, to many, the results of the study already seem to make perfect sense. Peg Grimes, student service coordinator in the D’Amore McKim School of Business co-op office, said smiling more at the start and end of an interview is natural.

“In the beginning, you want to be warm and genuine – shake hands, smile, make a joke,” she said. “But then when you get into the interview, you shouldn’t be smiling while answering serious questions like a challenge you faced or a time you failed.”

At the end, you should smile again, she added, to show warmth and enthusiasm.

Due to logistical and privacy issues, this study was conducted in the lab in two parts. In the first, participants were randomly assigned to either be the interviewer or applicant for a newspaper reporter job. In the second round, participants watched silent versions of the first study and then were asked to assume the role of the position of the interviewer.

Results showed that participants rated applicants more suitable when they smiled less, especially for jobs that were considered serious.

“If the job is something more serious, I would definitely try to come across more professional, as opposed to smiling too much, because you might come across too laid back,” Tweed said.

The most serious job in the study – and the one for which smiling was most harmful – was that of a newspaper reporter.

Journalism professor Lincoln McKie said being a reporter is a serious job, but he is still surprised by the results of the study.

“I can’t imagine that there’d be minus points given to anyone for smiling,” McKie, who is also publication manager for the New England Newspaper and Press Association E-Bulletin, said. “I wouldn’t want to hire anyone who, in an interview, never cracked a smile.”

Conventional wisdom suggests that smiling is integral to creating a friendly persona during an interview, as long as it is done in moderation.

“You have to tread the line between being stiff and sitting there as though you’re about to be strapped into the electric chair, and being so animated and gesticulating so much that you’re putting on a show,” McKie said.

Similarly, when done at the appropriate times and in the right amount, Grimes believes smiling can have a powerful effect during an interview.

“I would always encourage that students smile because it shows confidence in themselves and enthusiasm for the job,” Grimes said.

Many students have heard advice like this and strive to keep it in mind during interviews.

Sophomore chemical engineering major Emma Kaeli made an effort to smile during her co-op interviews, but reigned it in at times when it felt awkward.

“I tried to smile as much as I could because I wanted to seem excited,” Kaeli said, “but sometimes it felt strange to smile all the time. That just doesn’t make sense for normal human body language.”

The best advice for applicants is to simply do what comes naturally, according to Carl Persing, an industrial/organizational psychologist at Metrus Group in Pennsylvania.

“Smiling is a piece of evidence in terms of making a judgment about a person,” he said. “If an applicant is smiling, that’s going to mean something, but everybody may have a different interpretation.”

Persing cautions people against smiling too much or too little based on the results of any one study. Instead, he advises applicants to treat a job interview like a first date.

“It’s kind of like a first date in that what [the interviewer] wants from you is what you’d want from a date,” he said. “You want them to be interested in you, attentive and relaxed, but on edge enough to know that this interaction is important to them.”

For Ruben, the best way to approach an interview is with preparation. People often overlook the importance of understanding how a company expects its employees to be perceived, she said. This kind of information can help applicants decide when and how much to smile.

“Know what is expected of you in terms of how you should be perceived just as you would in terms of the work you produce,” Ruben said. “It’s important to do your research to find out what nonverbal behaviors are required of that job.”