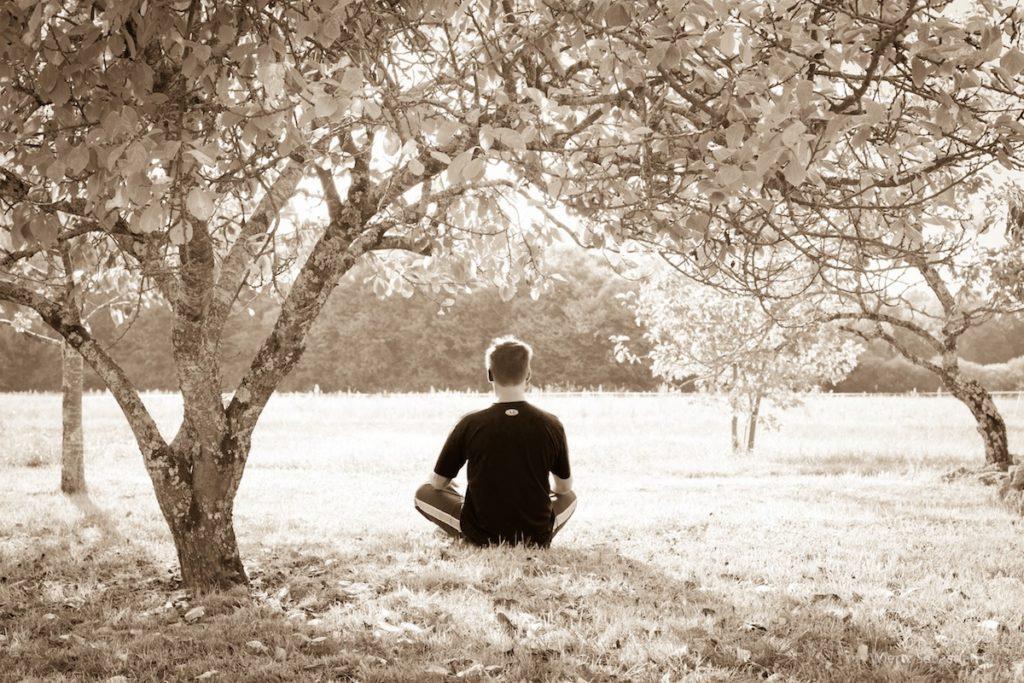 After his last startup, “Year of Motivation,” King recently launched “Daily Meditation” for those interested in making mindfulness a part of their daily routine. Originally, subscribers of YearofMotivation.com would receive motivational videos by email for $27 annually. Now, users can subscribe to Dailymeditation.co for $5/month, $47/year or $97 for a lifetime, and receive videos showing them how to meditate.

“I just wanted to make it extremely simple for people to maintain this highly beneficial practice over the long term,” King said.

While developing his idea, King noticed how stressed people are and how much they want to meditate as a means of relaxation. He said that often people don’t know how to meditate correctly and can’t do it consistently.

Inspired by a February 2014 Time Magazine article, “The Mindful Revolution,” King researched online meditation outlets. He discovered Headspace, a program created by Andy Puddicombe, to teach people how to meditate. After seeing how expensive the subscription prices were, King decided to make a more affordable option.

“I [had] to make it because it doesn’t exist,” King said.

“You get past that moment of trying to clear your mind,” Fontalvo said, regarding binaural beats meditation. “You’re already there.”

According to the Daily Meditation website, binaural beats help meditators experience a deeper sense of relaxation in a shorter amount of time than usual.

He noted that this particular feature is what makes his website different.

“The hardest thing with [an] Internet business is to keep customers clicking on the website,” Sara Minard, a socio-economist and Northeastern executive professor of entrepreneurship and innovation, said. “…To keep that [business] competitive, you have to offer something else.”

King is confident that there isn’t really any competitor that provides the same service for such a low cost.

While competition doesn’t seem to be a problem, there’s still one aspect of King’s business that may leave some feeling skeptical.

“[Daily Meditation] is interesting in the sense that you can do it from anywhere,” Daniel McCarthy, professor of entrepreneurship and innovation, said. “ The question is why can’t people [meditate] on their own?”

McCarthy compared it to people going to the gym despite already having equipment in their homes. While the convenience allows for easier access to exercise, the sense of community at the gym can be more motivational.

Nonetheless, he notes that the daily emails can serve as a “positive reminder” to meditate, can be conveniently accessed from various devices and can be helpful if people want to do it on their own but need more self-discipline.

This is especially true for Fontalvo, who admits that even though she doesn’t always watch the videos consistently, just seeing the daily emails in her inbox motivates her. She added paying for the subscription gives her even more incentive to meditate.

Marc Meyer, a professor of entrepreneurship at Northeastern who is a subscriber to Daily Meditation, believes that there are several benefits of Internet-based businesses including low entry costs and rapid expansion. He feels the web provides easier access to resources through social media and helps entrepreneurs use their learning experiences to make better investments.

Through his own trial and error from his last startup, King decided to upgrade his website, enhance his business model and increase his prices. King managed to exceed his profit from Year of Motivation within 15 days of launching the site

“There’s so many amazing opportunities with the Internet out there that if you’re not using them, you’re really missing out,” King said.