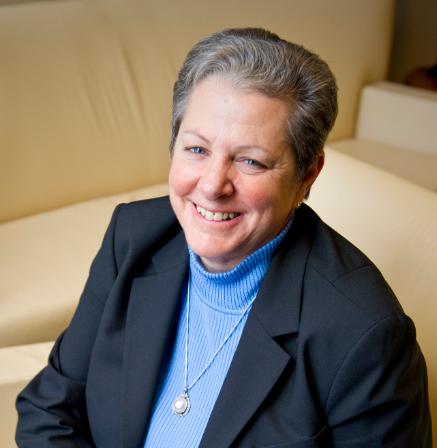 With the beginning of the spring semester, Northeastern announced the appointment of Laura Wankel as the first Chief Integrated Student Engagement Officer. This new position is meant to facilitate a education model through focusing on students.

Wankel was previously the vice president of student affairs, a position focused on student organizations and activities.

The appointment was announced to the university community in an email on Jan. 22 from Provost Stephen Director and Philomena Mantella, the senior vice president and CEO of Global Network, which brings together programs and people to create a new platform nationally and internationally for education innovation. The email also noted that Madeleine Estabrook, who is currently associate vice president, will be promoted to vice president for student affairs.

“Laura’s appointment will further strengthen our leadership in this area by integrating the curriculum and co-curriculum in innovative ways,” Mantella said. “It’s also fortunate that we have a strong and passionate leader in Madeleine Estabrook to oversee student affairs.”

The position of chief student engagement officer is new to the university, and has been created to rethink how the school focuses on student development, both in terms of academics as well as clubs and sports. The goal is to ultimately have students as the center of Northeastern’s educational model and combine both educational and extracurricular experiences.

“The new model will build on Northeastern’s experiential learning model,” Wankel said. “The goal is to take a more integrated approach that is less constrained by the artificial and traditional boundaries between the curriculum and co-curriculum. The model will advance a student-centric approach and recognize the potential for learning across environments both in and outside of the classroom. As a result students will be more confident, resourceful  and resilient.”

As stated by Director and Mantella, the plan is to cement leadership roles that focus on student engagement and look at the different facets of human development academically and in terms of extracirriculars.

“Students will be more able to approach their learning with greater intentionality and purpose, develop the knowledge, skills, abilities and values that will better position them for success in their personal and professional lives,” Wankel said.

Susan Ambrose, the senior vice provost for undergraduate education and experiential learning, has been in talks with Wankel regarding the relationship between academics and extracurricular activities. In her new position, Wankel will directly report to Ambrose.

“I am very excited to be working with Senior Vice Provost Susan Ambrose on what I see as a cutting -edge project that will shape new pathways of learning,” Wankel said.

Since talks began, the two have been thinking about a new way to approach growth through this proposed method of higher education. They plan to look at students in relation to their classes, clubs and advising to help develop and hone their skills for success in their futures and to create fulfilling lives, Ambrose said.

“I’ts really focusing more on skills, knowledge and competencies with the student at the center,” Ambrose said. “Successful growth and development that leads to successful lives and careers. We’re really hoping to look at the different facets of human development and look at how that plays out. It could impact everything we do in terms of what we want students to leave with from the university.”

Northeastern is currently the only university in the country to approach development and this model of higher education. As stated by Ambrose, with this uncharted space in educational development, they are building the plane as they fly it.

“This is a much more entrepreneurial creative endeavor,” Ambrose said. “It’s really conceptualizing a new form of higher education that breaks down the barriers between curriculum and co-curriculum.”

Over the next six to eight weeks, Ambrose and Wankel will work to make a concrete action plan and to operationalize said plan.

“We want to put the students and their needs and developments in the center and wrap everything else around it,” Ambrose said. “Nothing is broken. We just want to flip it on its head and see how it turns out.”