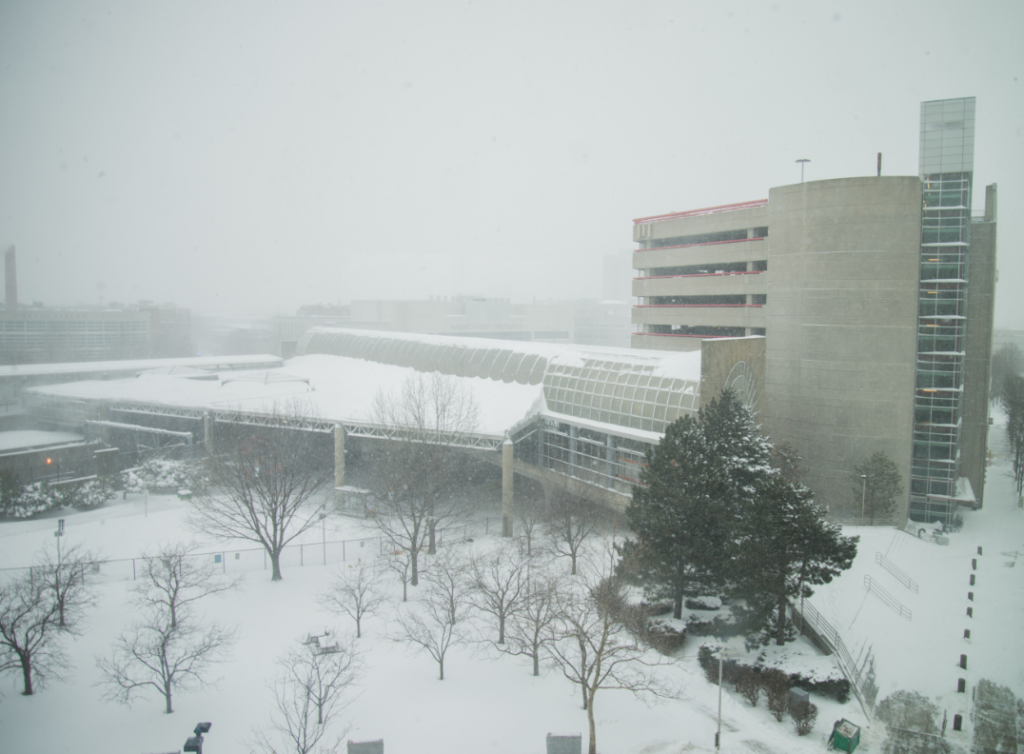 With Monday after Monday canceled due to inclement weather – an unprecedented amount of snow – this semester and the city have taken a beating.

Northeastern’s Vice President for Student Affairs and Dean of Students Executive Director Madeleine Estabrook, announced on Feb. 14 that classes missed will be made up on Patriots Day, April 20, and Reading Day, April 23. While making up days at the end of the semester could solve some scheduling issues, students, faculty and staff have all had their schedules and syllabuses disrupted and have been inconvenienced.

“For the capstone class, I’ve already organized a series of make-up sessions in small groups, and we have one more later this week,” Jones said. “I’ve also had the class provide written peer feedback over email as they progress with their papers. They’ve been terrific.”

Due to the structure of the international conflict class, Jones has decided to not cram information and instead engage with students outside of class time through additional coursework.

“I’ve been really impressed with the students’ positive attitudes and willingness to be flexible,” Jones said. “Many of them have made the most of the snow days, working on papers, researching and writing, and generally using it as a chance to catch up or even get ahead.”

Some students, however, share a different sentiment.The 95.7 inches of snow affecting has affected not only class but also co-op, internships and work as well.

For senior international affairs and anthropology major Rachel Lake, all of her classes this semester are scheduled before noon on Mondays, aside from one class that meets once a week on Tuesdays.

“My semester has been obliterated,” Lake said. “My syllabuses have been hacked and chopped like the Amazon rainforest.”

Lake notes that this is not solely a Northeastern situation, and that it is frustrating for the community of Boston as a whole, especially in regards to transportation.

Shea Pease, a sophomore business major, notes similar frustrations. Pease has been unable to make it to her Monday internship with Scooper Media. In fact, the business as a whole is unable to function because other business are closed as well.

In terms of class, Pease has had only three tests this semester, and every one has been pushed by at least a week.

“That’s not the worst thing in the world,” Pease said. “But I feel like I’m losing thousands of dollars by not having class.”

Renata Nyul, the director of the communications for Northeastern, notes that despite the snow, the school community has pulled together to get campus back to a functional state.

“It was really a team effort, and facilities, dining, student affairs,ResLife, public safety, payroll and others were all working around the clock to clear the campus of snow and support our students,” Nyul said in an email to The News. “A lot of people from Northeastern, including our facilities colleagues and many of our students, pitched in to help our neighbors beyond the campus. Everyone has shown so much enthusiasm, care and dedication during these past weeks.”

Lake, however, believes that the university will still lag despite efforts.

“While I respect the university’s attempt to create make up days on Reading Day and Patriots Day, I find it hard to believe professors will be able to manage this student schedule puzzle effectively,” Lake said.