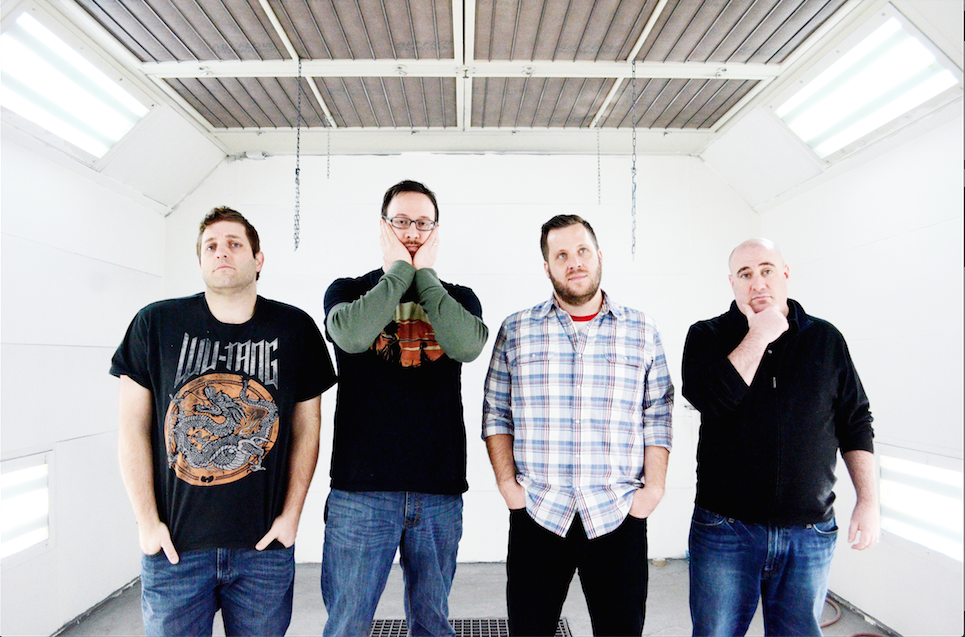 By Rowena Lindsay, inside editor

Boston-based Americana pop band The Longwalls is back after a brief hiatus with its sophomore album “Gold Standard.”

The Longwalls, formed in 2007, put out its first album, “Field Guide for the Zombie Survivalist,” in 2008. Though this is only the bands’ second full-length album, the group released three EPs in the years between the first album and “Gold Standard.”

“In this day and age, it is more about putting out a steady stream of content, which we have done,” Brandon Comstock, guitar player for The Longwalls, said.

The band members define themselves as “Boston popsmiths mining indie rock, country and the worst of basic cable” on their website.

The Longwalls’ new album features upbeat pop-rock tracks such as “Hold It” and “Too Many Prayers,” as well as the more acoustic and melodic songs “Rukia” and “O’ My Brother.”

“The title track is kind of a starting point for the record,” Wuorinen said. “It’s not necessarily an overarching concept or anything like that, but there are things in your life that you look back to that are sort of a gold standard, the kind of things that aren’t ever achievable. They are sort of a high water mark in your mind and you can never really match up to them or exceed them.”

While the band is not singing about how unachieveable the American dream is on every track, The Longwalls did use the idea that there is a template for success throughout the album.

“Supporting each other and putting out music and art in the world is just enough. The standards have changed a little bit for us, so to hell with the gold standard, we are doing our own thing,” Wuorinen said.

Many of The Longwalls’ songs were originally written by one band member who then brought the song to the group for feedback and suggestions.

“It is nothing that we planned, it just works out that way. If we could all take six months off and record like Wilco we could … write everything together, but we get together once a week and all bring in music we wrote,” London said.

This writing process allows each band member to showcase their own style while also making it a collaborative effort.

“While we collaborate on most of our songs, and there are some songs on this album that we didn’t talk about at all, we just kind of started to play. Like ‘Gold Standard’ was a rehearsal space song,” von Stetten said.

Comstock bashfully compared The Longwalls’ dynamic to that of the Beatles’ on the “White Album.” By that point in the Beatles’ career, the members were essentially acting as each other’s backing band.

“You would hear a McCartney song, and John Lennon and Harrison would be just trying to kill it on the backing vocals,” Comstock said. “It was cool that they would just arrive and take on these bit parts with such ferocity. I think we do that a little bit. It is cool to be able to pass the torch around.”

This give-and-take dynamic works well since all the band members do their own solo projects as well, over which they can have total creative control and showcase their music individually.

The Longwalls took a break from playing shows over the past year and a half as various members moved, had children, got married and the band as a whole focused on recording the new album.

“The Boston music scene is very temporal,” Comstock said. “You go away for 18 months and you come back and the bands you used to play with have broken up or people have moved away.”

Despite feeling detached from the Boston music scene at present, the band is looking forward to playing shows and promoting “Gold Standard” in the coming months.

“We have spent a year making this album and we might continue to do little bit of recording, but I think the next year is going to be about not spending any more money and trying to play shows,” Comstock said.