Letter: Northeastern administration needs to be held responsible for treatment of adjunct professors 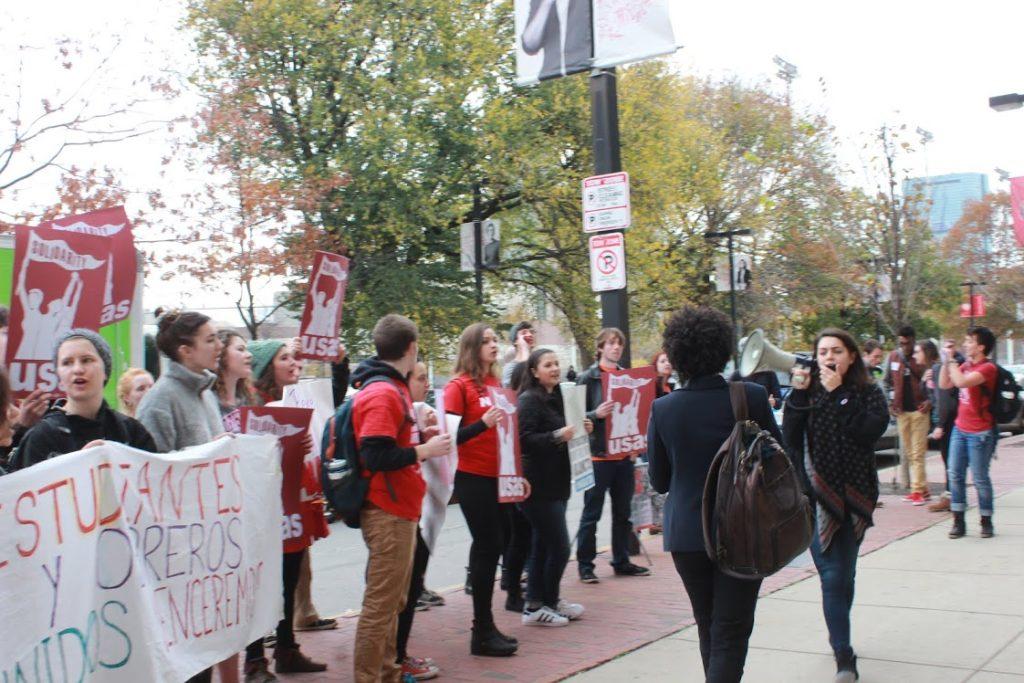 On Nov. 10, we, Northeastern students from the Empower Adjuncts Community Coalition (EACC), along with other community activists, blocked the Green Line at the Northeastern stop. Aiming to raise awareness about what is happening to adjuncts on our campus and in solidarity with the national Fight for $15 campaign, we stood on the tracks for over 20 minutes listening to speakers, handing out flyers and drawing attention to these two issues.

We took action because the Northeastern administration denies its adjuncts living wages, job security and health benefits. Recently, an op-ed in this paper written by an adjunct detailed their experiences and the culture of disrespect that Northeastern has created. These professors earn as little as $2,200 per course, which means, according to the Service Employees International Union (SEIU), a Boston adjunct must teach between 17 and 24 courses per year to afford a home and utilities. Because adjuncts are fired and rehired at the start and end of each semester, they are less able to plan for their future or form lasting relationships with students. Adjunct faculty are not provided health benefits by their employers, meaning that most are forced to obtain health coverage through state-subsidized plans. According to the Boston Globe, this is part of a nationwide trend toward turning professors into contract laborers, with 76percent of instructors in non-tenure-track positions as of 2014. For Northeastern, being a “leader in higher education” means being a leader in this dangerous trend.

Despite the fact that adjuncts have had a union since May 2014, over a year of bargaining has still failed to produce a contract. Over the course of this year, Coalition members have organized letter deliveries to administration, written op-eds, leafleted the campus, held teach-ins, participated in rallies and flashmobs and staged a sit-in.

Recently, EACC attempted to meet with Northeastern deans to demand they use their power to pressure university administrators to bargain fairly. The deans – without exception – either neglected to respond or scheduled meetings with the Coalition which were later cancelled. Since the deans would not work with us to hold the administration accountable, we are publicly naming them to hold them accountable for their inaction:

The deans’ refusal to meet with us necessitated the Nov. 10 action, which started with a rally outside of 716 Columbus Ave. and ended with the Coalition and community organizers blocking the Green Line. Speakers addressed Northeastern administration’s responsibility for the breakdown of bargaining and drew connections between this situation and the national Fight for $15 movement.

If you are a student or professor touched by this issue (which we all are) we suggest contacting the dean of your college. We hope you have better luck getting a response than we did.