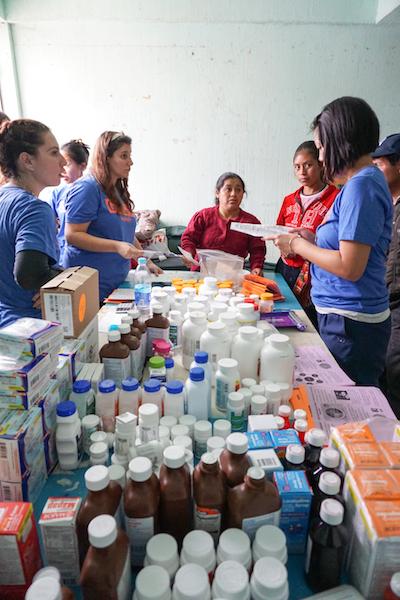 A complex “social network” of proteins may allow scientists to repurpose existing medicines rather than starting from scratch to find cures for diseases, a team of Northeastern University (NU) researchers say.

Erme Guney, one of the postdoctoral team members, likened the process of repurposing drugs to fixing a car with a flat tire. Instead of starting from scratch and buying a new car, one would replace the flat tire, which represents the disease.

“Changing the tire would be like a drug treatment,” Guney said.

He added that the repurposing process chops three to 12 years off the experimental period.

“These drugs already passed lots of tests including clinical tests, and you know that these drugs are relatively safe for people to take,” he said.

“You’re drug recycling,” she said. “That’s very cost-effective and conservative, and then you don’t have to worry about discovering a drug. You’re just working on a drug you already have.”

The key to repurposing medicine is focusing on protein-mapping according to Marcell Veidner, chief executive officer of DZZOM.

By mapping the networks and subnetworks of illnesses, researchers can identify recurring proteins. This allows them to alter a treatment for one disease to affect the same proteins of another.

“With the advent of genomics and data science, now we can understand the root causes and not just treat the symptoms,” Veidner said.

Currently, researchers only understand about 15 to 20 percent of the protein map, Veidner said. Still, he said that there are tools that allow scientists to feasibly predict the missing links.

Guney said that the disease that repurposed medicines target does not necessarily need to be related to the original illness, as long as the two have similar genes that are affected.

One example, he said, is sildenafil, known more commonly as viagra. Pharmacologists observed that the drug, initially used to cure heart conditions, had unrelated effects and started using it to treat erectile dysfunction.

“In the body, everything has multiple roles,” Panahi said. “If you try to do one thing, chances are… you’re going to affect a lot of other things while you’re trying to do that.”

Panahi, who aims to get into the field of drug development and discovery after graduation, was enthusiastic about treatments that target root causes as opposed to symptoms, and also advocated for a more holistic approach to treatment.