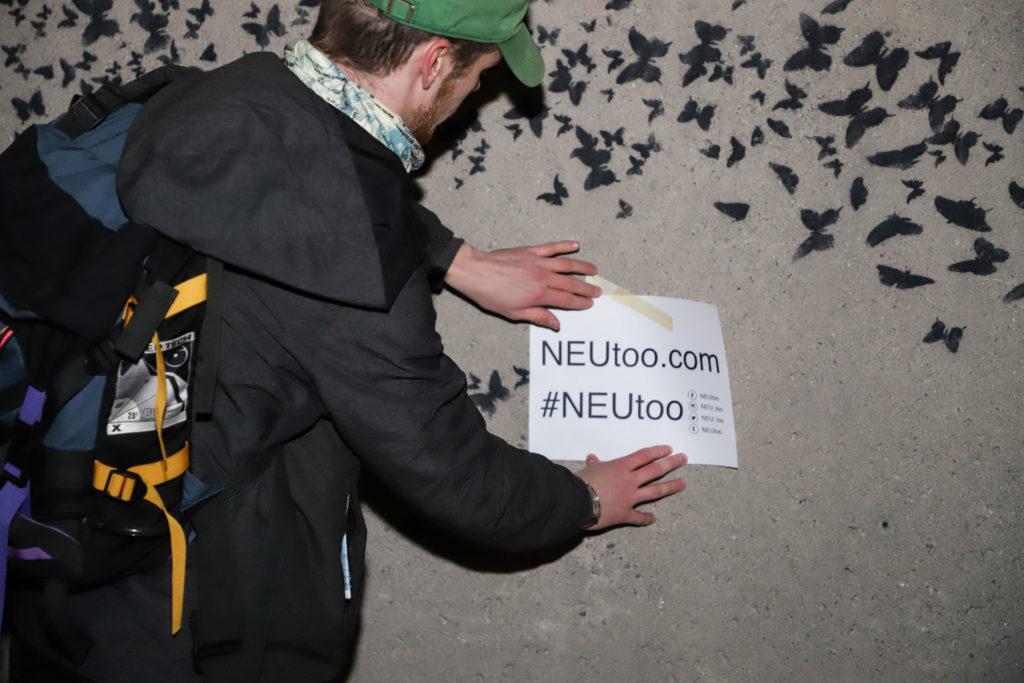 “A university spokesperson did not respond to a request for comment.”

It is not unfamiliar for this phrase to appear in student publications regarding the university’s response to student activism. It occurred when DivestNU protested against Northeastern’s ties with ExxonMobil and it has just happened again after the NEU Too campaign, a student movement that wants to raise awareness of sexual harassment and assault and push for greater administrative responsibility regarding the issue.

Northeastern University Police Department officers took down the posters that campaign members put up at midnight Nov. 30 long before classes began that day, so very few students got the chance to see them. The university neither commented to student publications regarding the campaign nor sent out an acknowledgement to any students. The dismissive attitude of the university toward student activism sends a clear, albeit implicit, message that the topic is not worth their time.

Sexual harassment and assault continues to have an insidious presence on college campuses. According to the National Sexual Violence Resource Center, one in five women and one in 16 men will be sexually assaulted while in college. At Columbia University, professor William V. Harris recently stepped down after accusations of kissing and groping a female doctoral student. In an infamous and chilling case, Stanford student Brock Turner raped an unconscious ,intoxicated woman after a fraternity party and served only three months in prison.

The NEU Too campaign strives to exhibit that our campus is not immune to the plight of sexual harassment. At press time, 80 stories of sexual assault were shared by students over the past week on the NEU Too website and many involve criticism of the university’s mishandling of the abuse. Students would think the university would want to make sure they know their stories are being heard.

Although a university should, in general, acknowledge issues that students have proven they care about, it is especially important in the case of sexual violence. There has historically been a culture of shame around sexual harassment and assault that urges victims to keep quiet or let it go. A slew of sexual assault stories in the media show this spell may be starting to break, but this does not mean that there are not more still victims suffering in silence. According to the National Sexual Violence Resource Center, 90 percent of sexual assault victims on campus do not report the incident.

In 2015, 21 percent of undergraduate and graduate students at the time participated in a sexual violence survey conducted by Northeastern University Student Affairs. According to the results, there were 145 reported rapes in the group of participants. Yet, in the three-year period before the survey was conducted, only 43 officially reported rape cases were recorded. Victims on the Northeastern campus are clearly not coming forward.

Northeastern has some resources and policies concerning sexual harassment, such as freshmen orientation seminars on Title IX and a webpage dedicated to sexual assault and rape resources. However, a large portion of the NEU Too movement protests Northeastern’s poor handling of past sexual assault cases, such as the cases of Katie Rizzo and Morgan Helfman. This movement is not only about policy: It’s about creating a safe and understanding campus culture.

The point of NEU Too is to create solidarity not only between sexual harassment survivors, but with the community around them. Northeastern has not expressly given their support to students coming forward, perpetuating the stigma and shame associated with sexual harassment. What the university should have done, at the very least, is express support for those who shared their stories. Administration should have sent out an announcement acknowledging the campaign  with an an outline of resources available to students who have faced sexual assault.

The issue isn’t only Northeastern’s refusal to give comment to student publications concerning the issue, but their disregard of the campaign as a whole. News at Northeastern, Northeastern’s public relations site, gives the appearance of portraying the campus accurately, yet doesn’t reflect the student body’s thoughts. The campus section of the site this week has articles that shed the school in a positive light, reporting on topics such as a prominent alumnus and the new myNortheastern portal. Yet, they chose not to report on NEU Too, a significant campaign run by current students, because it points out flaws in Northeastern’s handling of sexual harassment cases.

Northeastern has a responsibility as a university to condemn sexual assault. Although they clearly do not support sexual harassment, the administration’s silence in the face of the NEU Too campaign is concerning. Sexual harassment on campus is a real problem, and the first step in solving any problem is acknowledging that it exists.