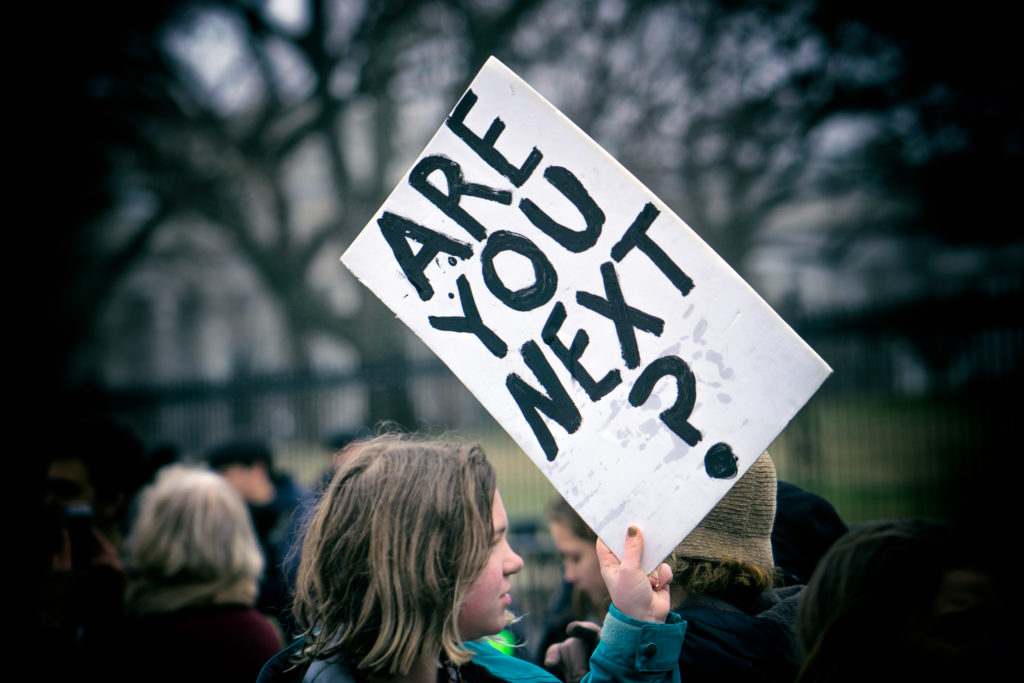 On March 24, the March for Our Lives will take place around the country, and local organizers are reaching out to college and high school students to get youth involved.

Julian Lopez-Leyva, a student at Bunker Hill Community College, is an organizer for Boston’s March for Our Lives and came to Northeastern’s campus to work with a group of students on planning the march. Lopez is hopeful the Northeastern group will inspire student participation.

“What got it started is the frustration and fire from Parkland students. They’re saying ‘Enough is enough,’ and that this is a movement whose time has come,” Lopez-Leyva said. “It’s been building for a long time. It’s been ignored. We are the ones who are losing our lives by the failings of our legislators.”

Lopez-Leyva said he hopes the march will bring about change in gun legislation in order to protect schools and other areas affected by gun violence.

“It’s two sides of the same coin,” Lopez-Leyva said. “You can’t solve one without solving the other. It needs to be addressed not only by students, but by every single member of society.”

Beca Muñoz, a second-year politics, philosophy and economics major, is from Parkland and her sister is a student at Marjory Stoneman Douglas High School, where the shooting that killed 17 students and faculty occurred. Her sister, Leonor Muñoz, 17, was there the day of the shooting and was not injured.

“I am playing the place of my sister and all of the Douglas students,” Muñoz said. “I’m here to amplify what they’re doing. I’m going to do whatever they need me to do.”

Muñoz is eager to be an active planner for the march; she said she wants to do as much as she can to get students of all backgrounds involved in the movement.

“It’s crazy that going to school is a risk,” Muñoz said.

Leslie Chiu, a fourth-year accounting and marketing major, and Sheridan Lasher, a first-year undeclared student, are also from Parkland and both went to Stoneman Douglas High School.

“The world is a different place than it was five or 10 years ago, and so is the internet,” Chiu said. “It’s easier to spread a message and get it across. And Stoneman Douglas is a very articulate, academic school.”

Lasher said Parkland students may be getting more traction in the national gun regulation discourse because they have a new perspective of being both the responding activists and survivors of a school shooting. Unlike past school shootings involving younger children, such as the Sandy Hook Elementary School shooting, the student victims are able to speak out for themselves.

“It was high school students, and they are more able to speak out than younger ones,” Lasher said. “They can attest better than parents of elementary school students can. They were there, and they witnessed the horror.”

Nicole Harvey, a fourth-year politics, philosophy and economics major, went to Andover High School in Andover, Massachusetts, where students staged a sit-in during school two days after the Parkland shooting. The students, who included Harvey’s younger sister, organized themselves through Facebook and discussed possible solutions to gun violence during the sit-in.

“Even something that happens in Florida reaches all over the country,” Harvey said. “Growing up in the Andover system, they’re very proactive and we always had active shooter drills.”

Harvey said many Andover students were motivated by family members who were affected by past gun violence and that the students were strongly interested in getting involved with the movement to prevent gun violence. Their action is in line with what the Parkland students are doing in response to their tragedy.

“They represent the first generation of kids who have gone through school since Columbine with active shooter drills,” Harvey said. “We grew up with this and enough is enough.”

Molly Wallace, a fourth-year cell and molecular biology major, grew up on Martha’s Vineyard in Massachusetts and pointed out that even her community, generally perceived as particularly safe, had armed security guards in its schools.

“You don’t know that anything’s safe anymore,” Wallace said. “There’s no such thing as, ‘That’s not supposed to happen here.’”

Ciana Cronin, a first-year finance major, is angry that students have to deal with the anxiety of gun violence in school. She said she is motivated to get involved with the march because she wants students to be able to focus on academics and normal high school worries, like prom and basketball games. She said she hopes the movement can end the normalcy of gun violence.

“Doesn’t that say something, that we all have a story connected to gun violence?” Cronin asked.