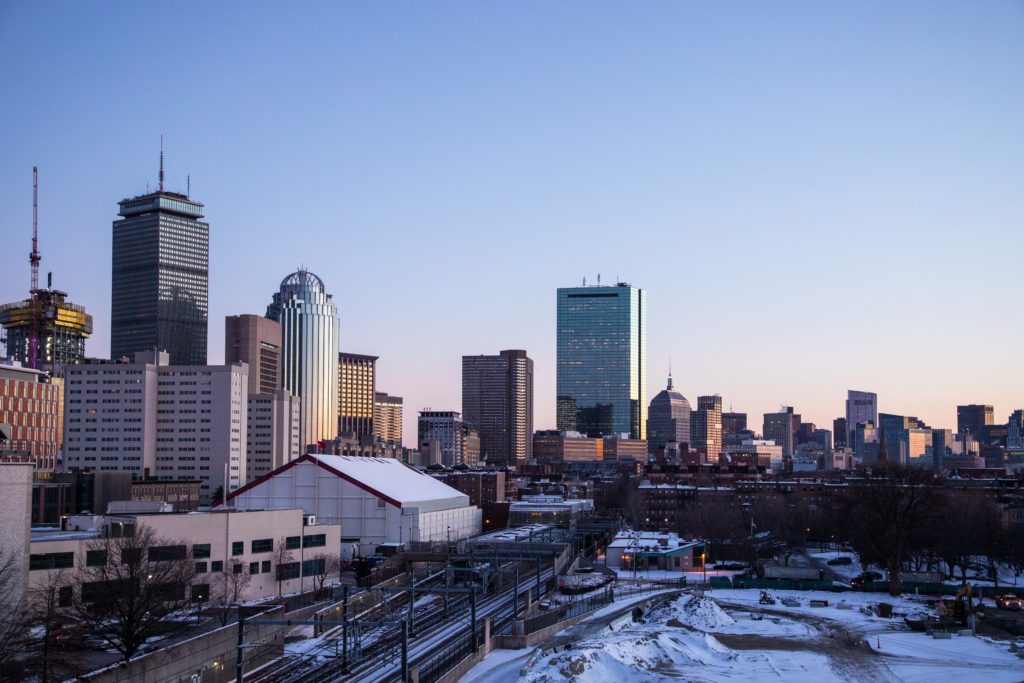 On the first day of 2018, Boston Mayor Martin J. Walsh stood before Massachusetts’ elected officials at Emerson College’s Cutler Majestic Theatre and thanked them for his re-election. Among his many inauguration promises was the establishment of BostonHires, a city-led effort that aims to place 20,000 unemployed or underemployed Bostonians in jobs that pay a living wage.

“BostonHires is about lifting up each and every one of our residents,” Walsh said in his speech. “The City of Boston has both a trained and ready workforce and an exceptional community of business leaders in need of that talent. I invite our city’s companies, small businesses and community-based organizations to join BostonHires to ensure that all our residents have access to good jobs that keep our economy thriving.”

Walsh’s goal is to fulfill the initiative by 2022 when his current term will come to an end. Now, nearly two months after the project’s launch, the mayor’s office announced that it has begun and is inviting employers to join the effort.

The backbone of BostonHires is known as City Academy, a branch of the program that aims to recruit and train residents to get licenses in hoisting machinery and commercial driving, as well as emergency medical services. The mayor’s office has worked with job training services in the past, but this is the first large-scale job training program led by Walsh.

Andrew DeAngelo is the project coordinator at Building Pathways, a building trades pre-apprenticeship program for low-income Boston residents that has joined the BostonHires effort. He cited job training as the most important part of achieving the initiative’s goal.

“In one year, we have managed to place up to 60 residents into the workforce,” DeAngelo said. “That’s just one of many groups participating in the project.”

The goal to place 20,000 residents into stable jobs by 2022 is Walsh’s most demanding approach to fight inequality and unemployment in Boston yet. His most recent attempt to engage the workforce came before last year’s election when he established a summer program to help get teenagers jobs. He also announced a similar housing plan that aims to establish more than 50,000 new and affordable housing units by 2030.

Trinh Nguyen, the director of the Mayor’s Office of Workforce Development, is in charge of the program and said BostonHires sets a concrete objective for the work her office has been doing for years.

“Working together in our various capacities as employers, job trainers and workforce development professionals, we are pushing ourselves to create a more prosperous and equitable Boston for all,” Nguyen said in a Feb. 15 press release.

The simultaneous focus on job training and placement gives low-income residents much of the spotlight. But some say the emphasis on training must focus on employers as well.

“There are so many training programs for low-income residents, and that’s amazing. But the issue is not just the residents: We need to train the employers as well,” Porcena said. “The narrative needs to change from looking at potential employees as the ones who need to be changed and fixed. Sometimes it’s the employers who need training to work with their community, not the actual workforce.”

The emphasis on training has not gone unnoticed by employers and trainers alike. A large chunk of the money spent on skills training comes from the federal government, and while Congress has been known to approve funding for these programs, the Trump administration has notoriously cut spending for job training by 40 percent.

Boston’s Operation A.B.L.E. is a training service for workers over 45 and plans to join BostonHires. Mark Gyurina, the chief program officer of the group, is concerned with handling such an ambitious goal.

“We’ve seen less emphasis on worker initiatives from the current administration,” Gyurina said. “Our group works with older residents, and the federal program that helps fund training for individuals over 55 has been cut, and isn’t even included in the president’s proposed budget.”

Samuel Tyler, the president of the Boston Municipal Research Bureau, said the initiative needs to do more to address funding. Tyler has watched Walsh’s fight against inequality since he was first elected, and thinks that while his effort is valid, the mayor’s office will need to be more creative.

“Commercial buildings over a certain square footage are required to pay a linkage fee for a certain number of years. The money made from this partly goes to funding training, but it is a static number, and definitely not enough,” Tyler said. “There really has been an effort to fight inequality, but the problem is that the city doesn’t have many resources for this. They’re going to have to be creative.”

Walsh’s office has been largely silent about the program since his inauguration. According to the Office of Workforce Development, that may be because of the amount of preparation it has taken to get the initiative going. Nguyen said the project is the product of more than a year of analytical research, and she was quick to explain that change takes time. But that the mayor’s office is confident that the program will be a success.

The structure of these long-term plans usually evolves as time progresses, depending on changing legislation and economic circumstances. John Portz, a Northeastern professor of political science, said the Walsh administration is thinking ahead with this initiative.

“I find the City Academy to be particularly interesting,” Portz said. “The fact that Walsh is focusing on job training so early speaks to the fact that he knows how important it will be to maintain.”