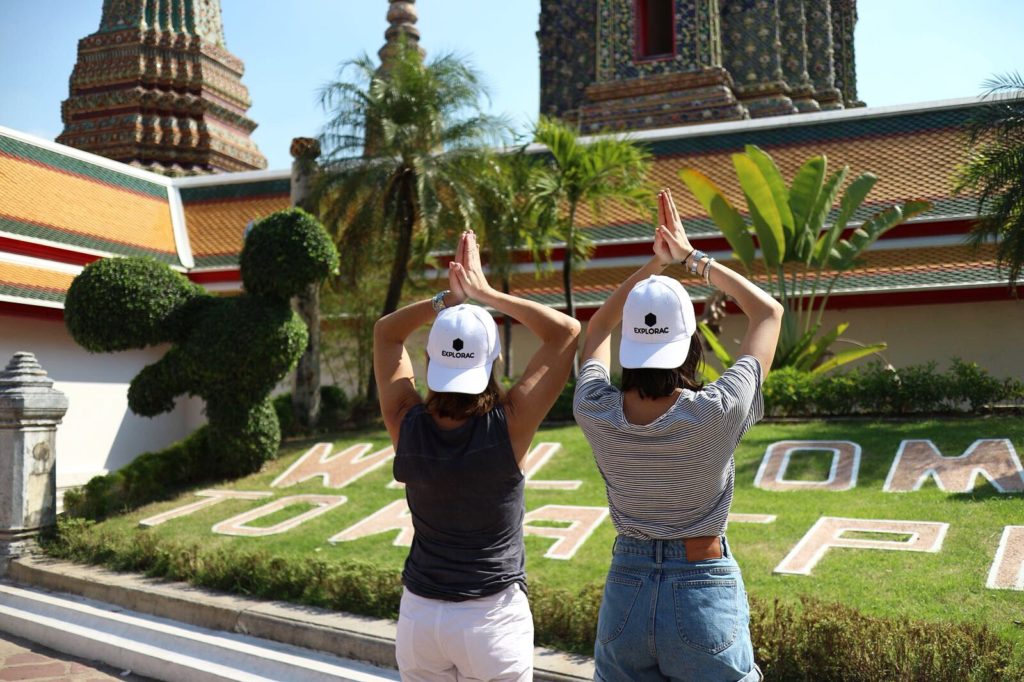 The company, EXPLORAC, gives local residents the opportunity to act as tour guides and show off their knowledge of their cities. Guides can create tours that showcase the niche experiences their city has to offer. For instance, tourists using EXPLORAC in Boston can personalize their tours to focus on the city’s architecture and photography, or put a local spin on the Museum of Fine Arts.

“It’s basically an experience that connects travelers and locals,” said Seneso, a third-year business administration major. “Locals have the opportunity to create unique experiences in a city at a lower cost.”

Tourists can search for and reserve tours through the company’s website.

While EXPLORAC currently only operates in Boston, New York and Philadelphia, the team hopes to expand domestically and internationally.

Nieto, who is in charge of the company’s marketing strategies, said EXPLORAC is in the process of recruiting tour guides, also known as city experts. These people are required to have extensive knowledge of the cities they are operating in and have a good idea for a unique city tour.

The company attempts to pull in clients in their 20s or 30s, Seneso and Nieto said, and capitalizes on its lower costs and tour guides to create an experience that works for both young adults and families.

“A thing we hear a lot is that people really enjoy it because our city expert is very young,” Seneso said. “Kind of the same age as people that go on the tour. So that makes it a lot more personal and easier to connect than just being with a complete stranger who is from a different age.”

Grace Bettinson, a second-year communication studies major, did a tour of the Museum of Fine Arts through EXPLORAC. It was one of the first official tours the company offered.

“It was one of the first … run-throughs, so it was fun being a guinea pig for the afternoon,” Bettison said.

Bettison mentioned that one of the best parts was her guide Eugenia Camargo, a fourth-year business major at Babson College.

“Eugenia is only a couple of years older than me, so it was nice to have someone you can relate to,” Bettison said. “It is also just nice to see someone passionate about a topic that I feel a lot of millennials are not into.”

Many private tours can cost upwards of $400, but EXPLORAC’s two or three-hour tours costs somewhere from $50 to $100. For example, EXPLORAC’s New York City photography tour costs $55 and the Museum of Fine Arts Boston tour runs around $50.

Along with young city experts and low prices, the company has made it a point to invest in extensive social media outreach in order to appeal to younger age groups.

“Compared to other startups I’ve seen, the social media response for EXPLORAC is crazy,” Nieto said. “I joined the team less than a month ago and I remember that we had 600 followers, and now, it’s [grown to] around 1,000 in less than three weeks.”

Nieto, Seneso and the EXPLORAC team expect that following to continue to grow.

“I really see this going somewhere … this is my baby,” Seneso said.