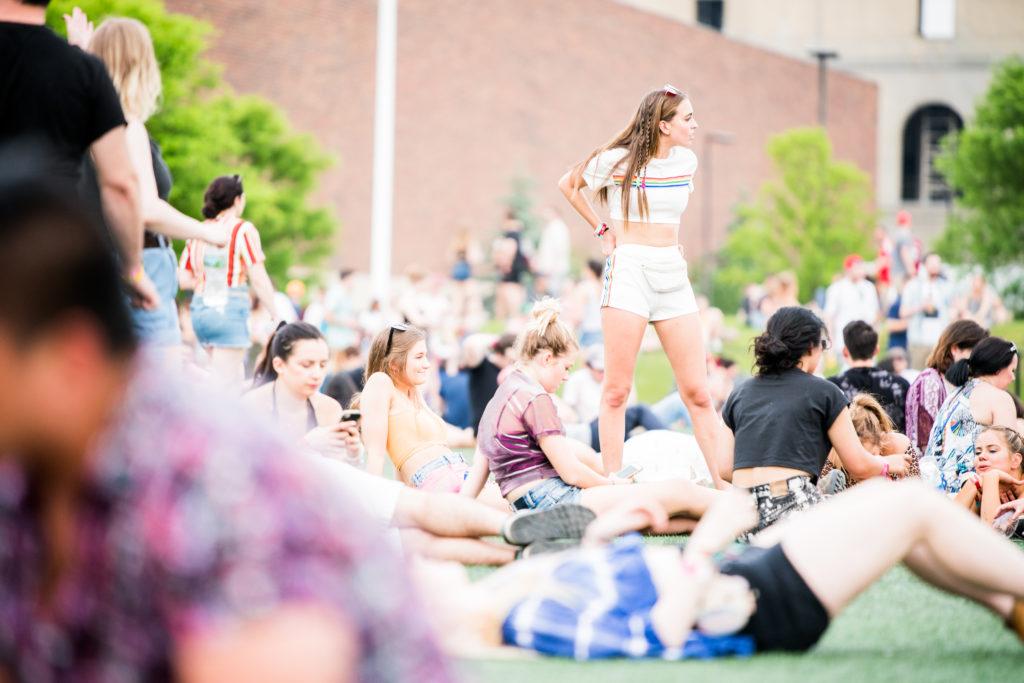 Fans wait outside of the Blue Stage before Brockhampton appears.

The warm weather continued in Allston as Boston Calling entered its second day on Saturday, led by Jack White as the night’s headliner.

A steady stream of hard rock on one side of the festival and hip-hop/R&B on the other provided a good mix of music on the day, with Queens of the Stone Age and Tyler, The Creator among the highest-billed performers.

Like yesterday, the festival ran smoothly and without any major hiccups like those that occurred at last year’s festival.

When alt-rock outfit Manchester Orchestra took the stage, lead vocalist Andy Hull gave the crowd a friendly wave. But that stillness lasted only a moment before it was overtaken by power chords and drowned out vocals, paving the way for a schedule packed with hard rock groups. Though the songs started to blend into one another as the show went on, the energy remained high and the fans were happy.

The soft-spoken vocals and clean guitar riffs of Daniel Caesar were a tame alternative to the hard rock happening across the lawn. The atmosphere was laid-back, with most attendees opting to lay on the grass and mellow out. A relatively still stage presence made for a less-than-interesting visual spectacle, but the positive vibes more than made up for it. 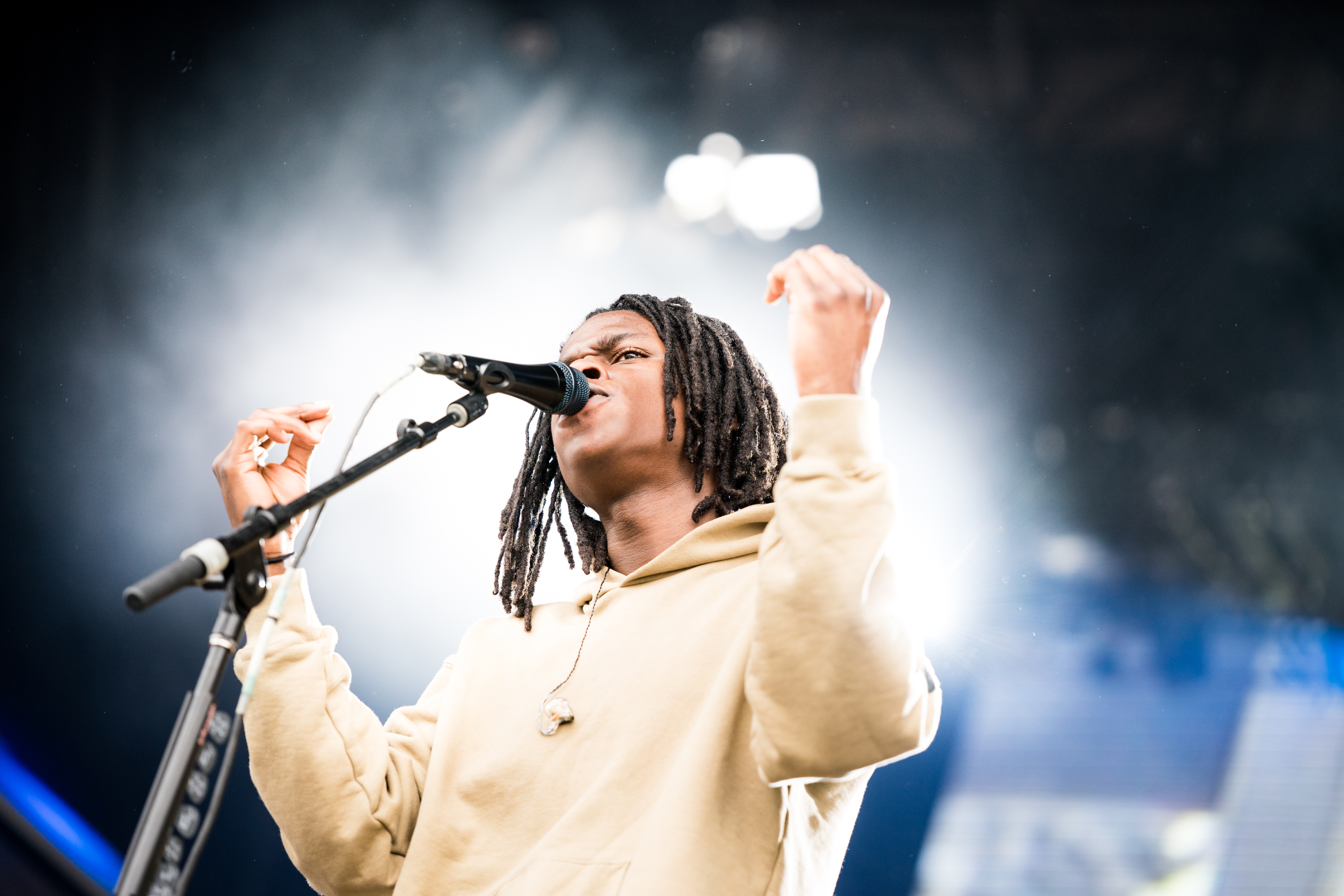 There are very few duos in music that can fill a stage as well as Royal Blood. Providing an endless barrage of heavy riffs and powerful drums, the pair commanded the stage. Hailing from Brighton, England, the group delivered a heavy dose of classic garage rock, leaving the fans more than satisfied. Drummer Ben Thatcher delivered a relentless stream of heart-pounding beats from his kit, making clear that he is one of the best at the festival. 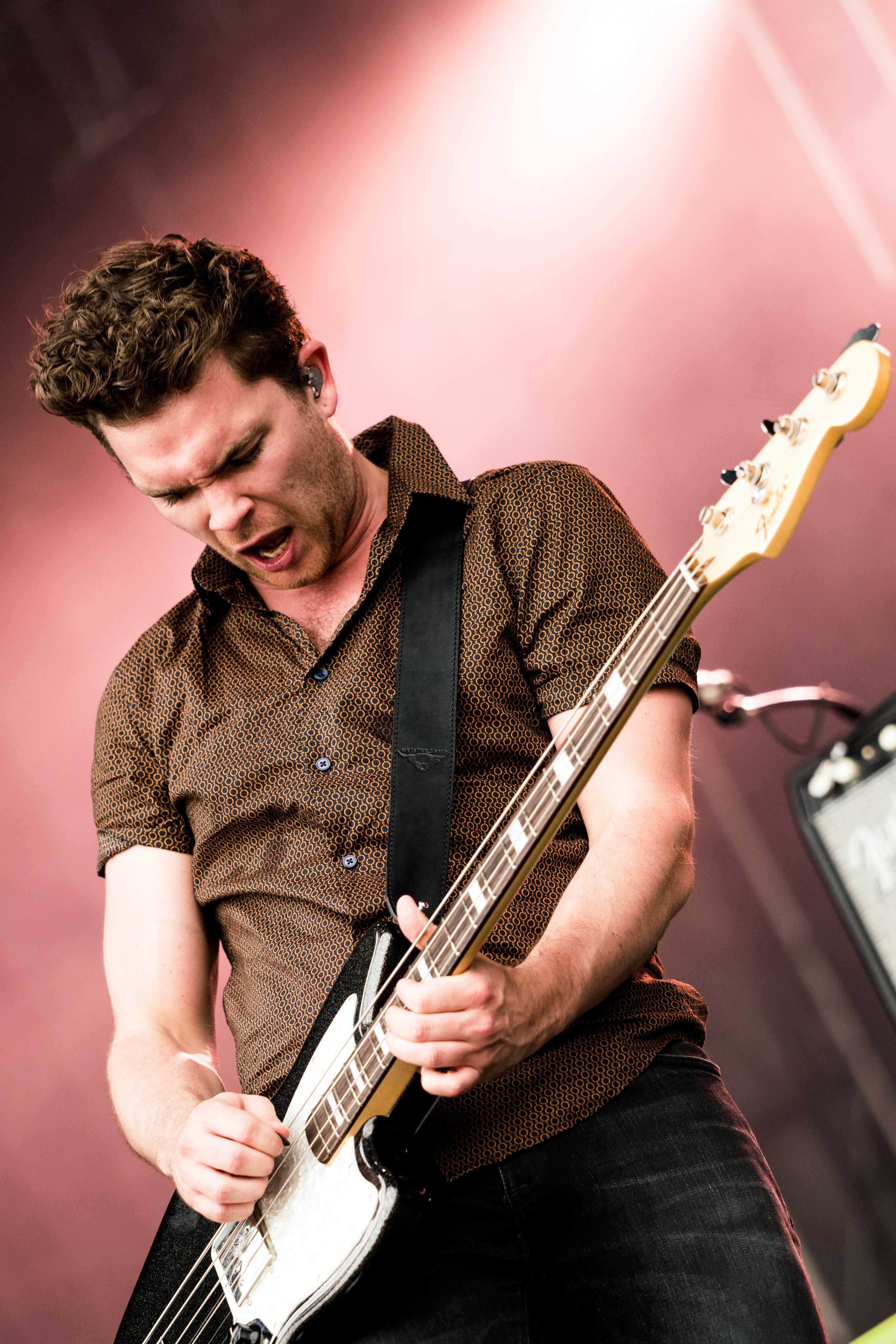 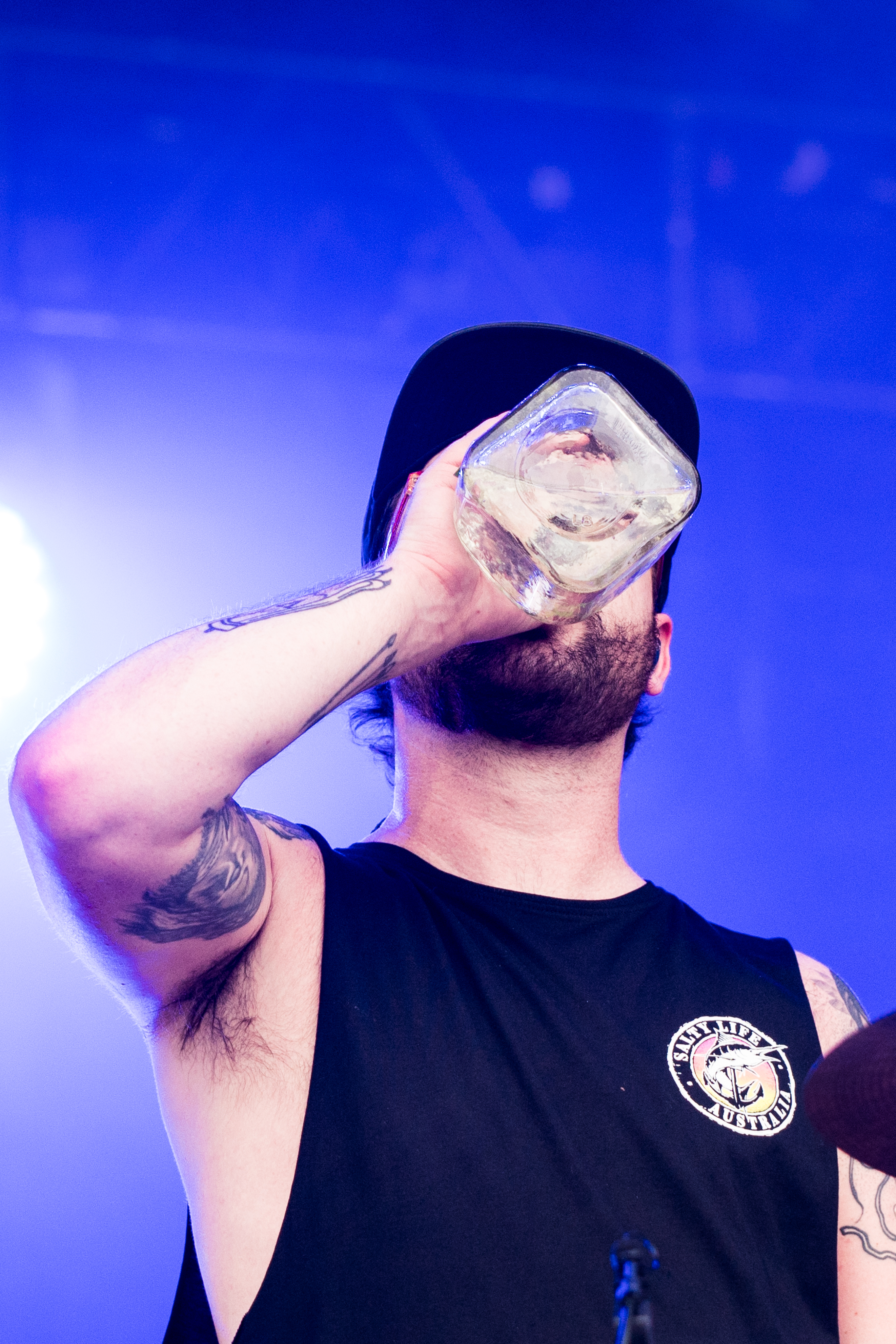 Performing as a five-piece, Brockhampton took the stage with power. Using the crowd for nearly every song, the quintet delivered to the festival a well-choreographed and masterfully-delivered performance. With Kevin Abstract at the helm of a band that has released three full length albums within the last year, Brockhampton gave their fans exactly what they were there to see.

Notably absent from the performance was Ameer Vann, who has not been touring with the group amid recent allegations of sexual assault. Visibly emotional members of Brockhampton stood silent on stage during his verses, and it was today announced that Vann is no longer a member of the band. 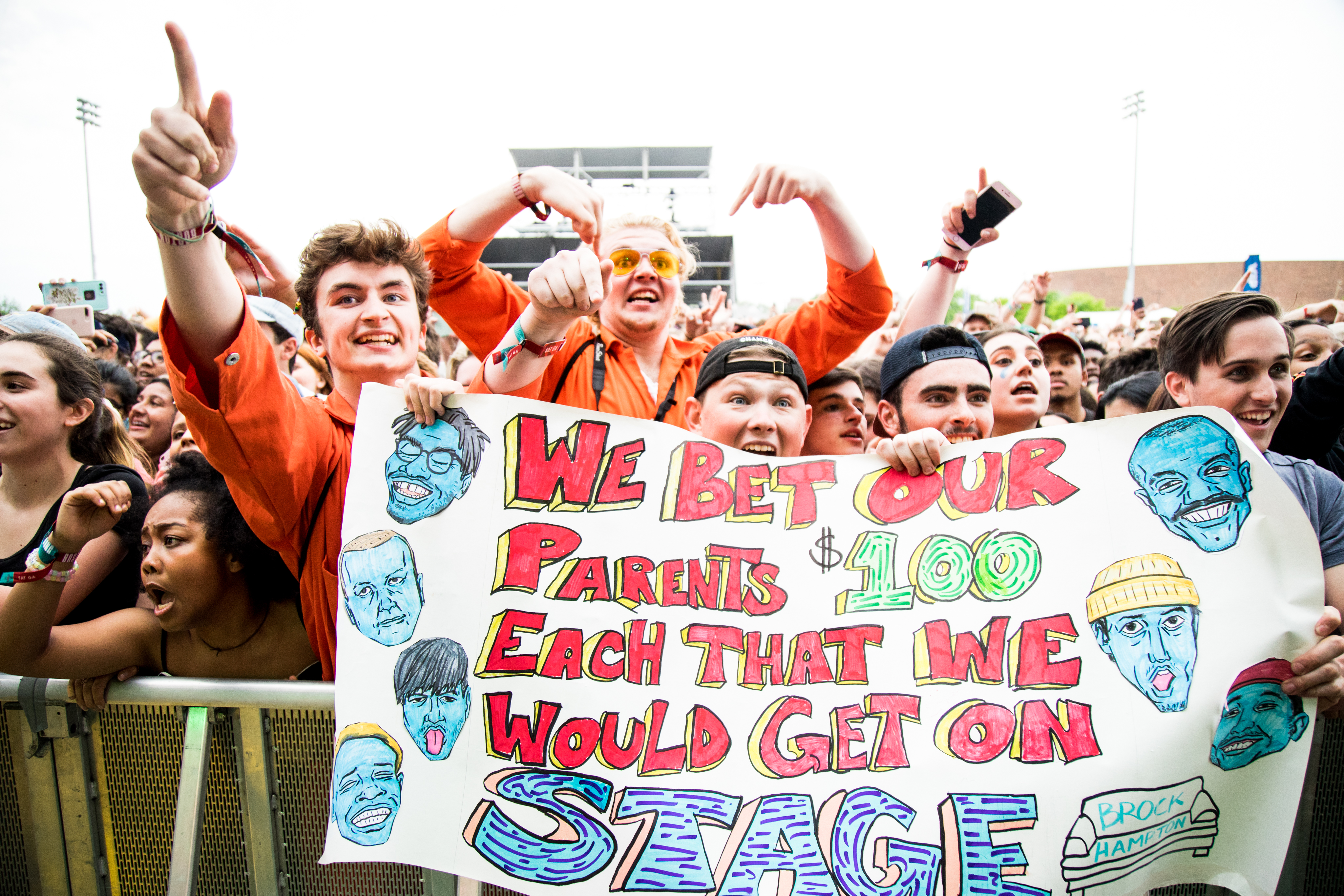 The electropop-rock of St. Vincent is powerful and energetic. Her performance, however, was not. A monotonous light show and refusal to move about the stage drained the life from what could have been an energetic production. The banter with the crowd was half-hearted at best; at one point she tried to list the neighborhoods of Boston and neglected to name the one she was actually in: Allston. 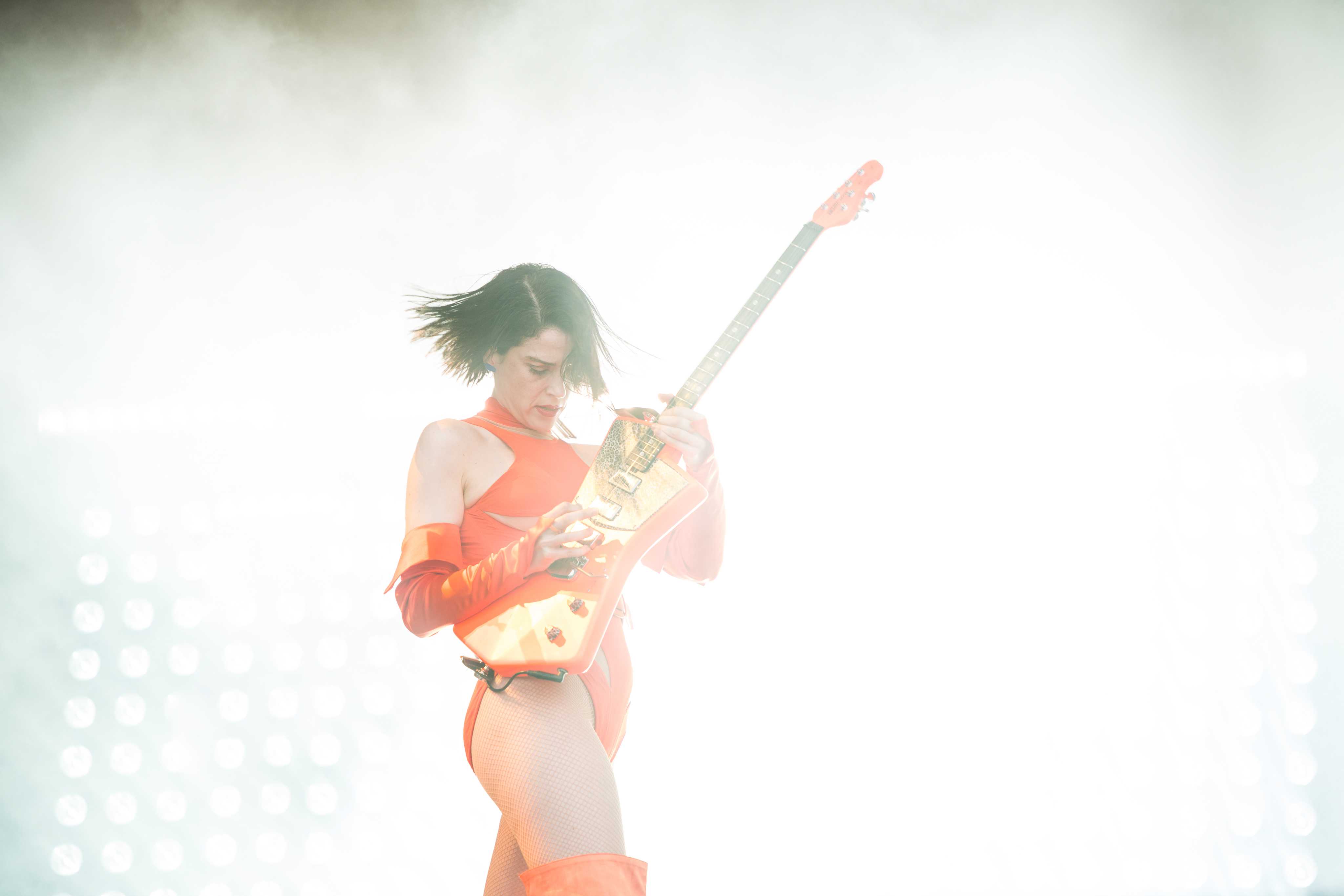 Queens of the Stone Age

Representing a more mature version of the Manchester Orchestra-rock from earlier in the day, Queens of the Stone Age delivered a strong performance to prepare the festival for Jack White. The sounds were reminiscent of classic rock from a past life, and the crowd interaction kept the attendees engaged. Toward the end, lead vocalist Josh Homme asked fans to meet him by the Ferris Wheel so they could all ride it together — it was cheesy, but I’ll take it.

Keeping the crowd constantly engaged and singing along, Tyler, The Creator’s appearance was a strong way to end the hip-hop focused Delta Blue Stage of Saturday’s lineup. Despite being alone onstage, Tyler did not struggle to fill the space. Jumping and dancing about, he seemed to  force the crowd to move along with him. His visual display was the best of the day and, unlike most other sets, noticeably contributed to the performance.

It’s clear from a performance like this that he’s just a talented guy, period. 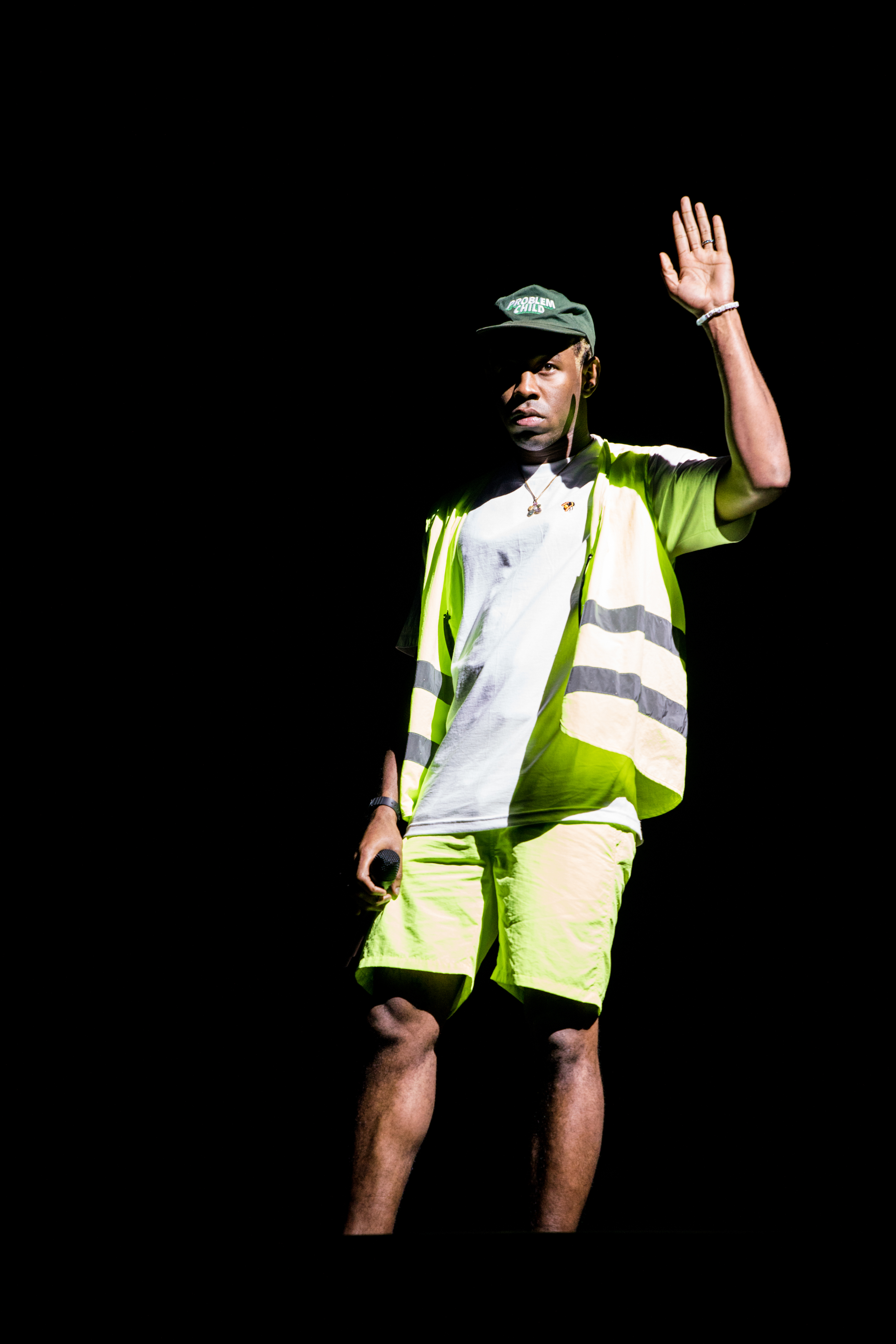 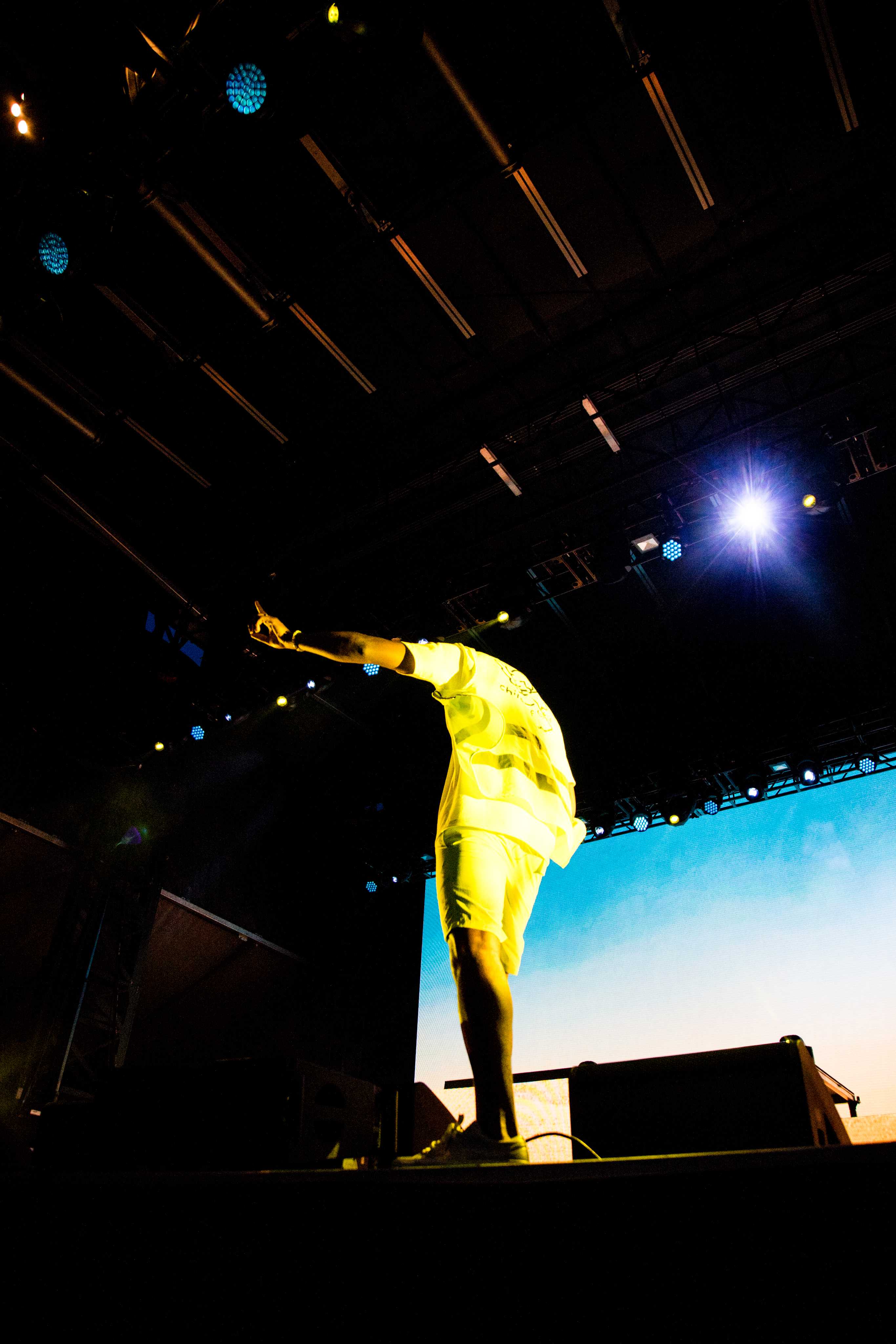 Jack White is the most talented guitarist at Boston Calling. There, I said it. His riffs were unmatchable and his solos were awe-inspiring.

Performing tracks from both his solo career and his days with The White Stripes, White made for a fitting end to a day filled with hard rock. The combination of hits such as “Hardest Button to Button” and deep cuts made for a show entertaining to all levels of Jack White fandom. Ending with his signature crowd-pleaser “Seven Nation Army,” White led a festival-wide singalong that fans certainly won’t forget. 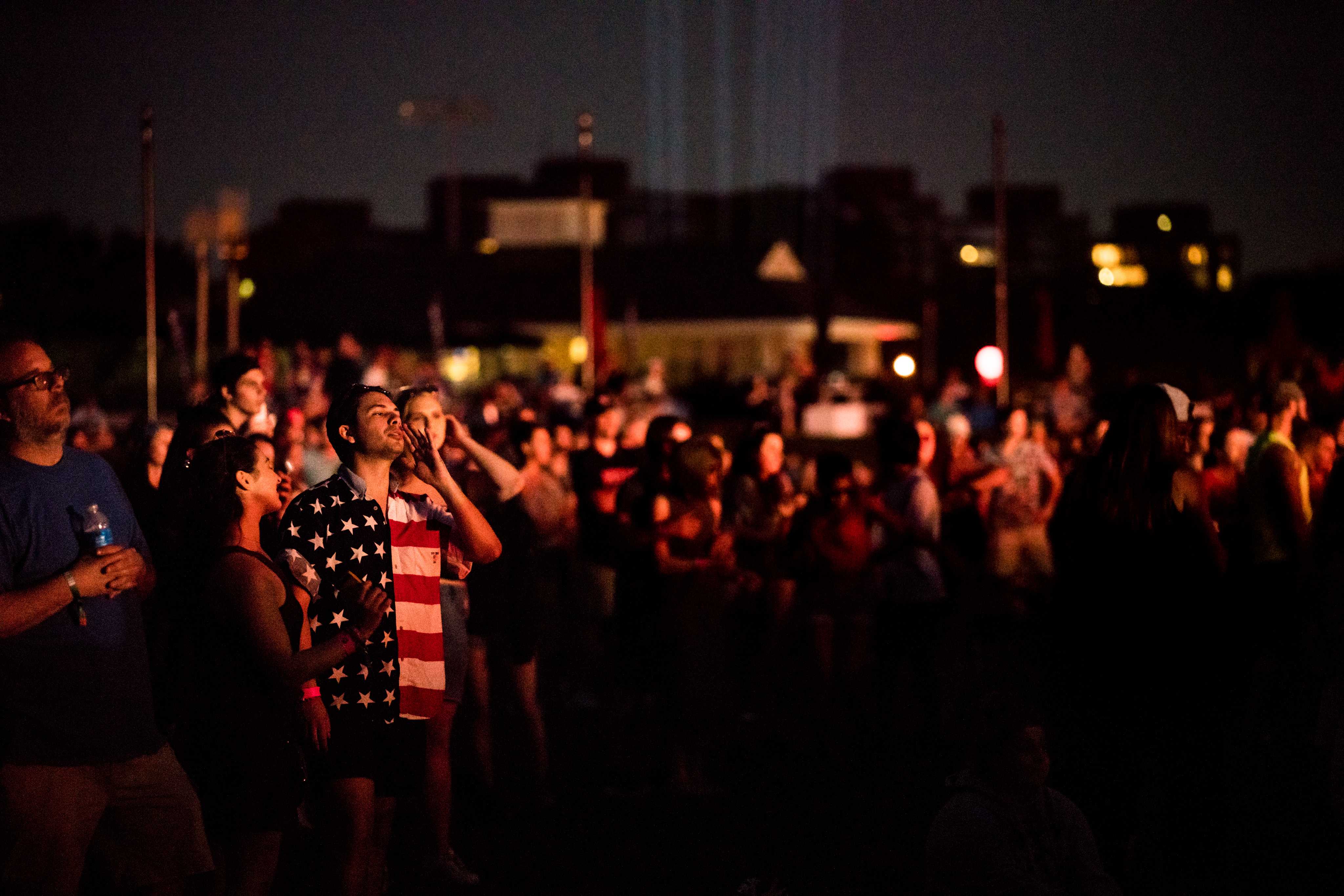