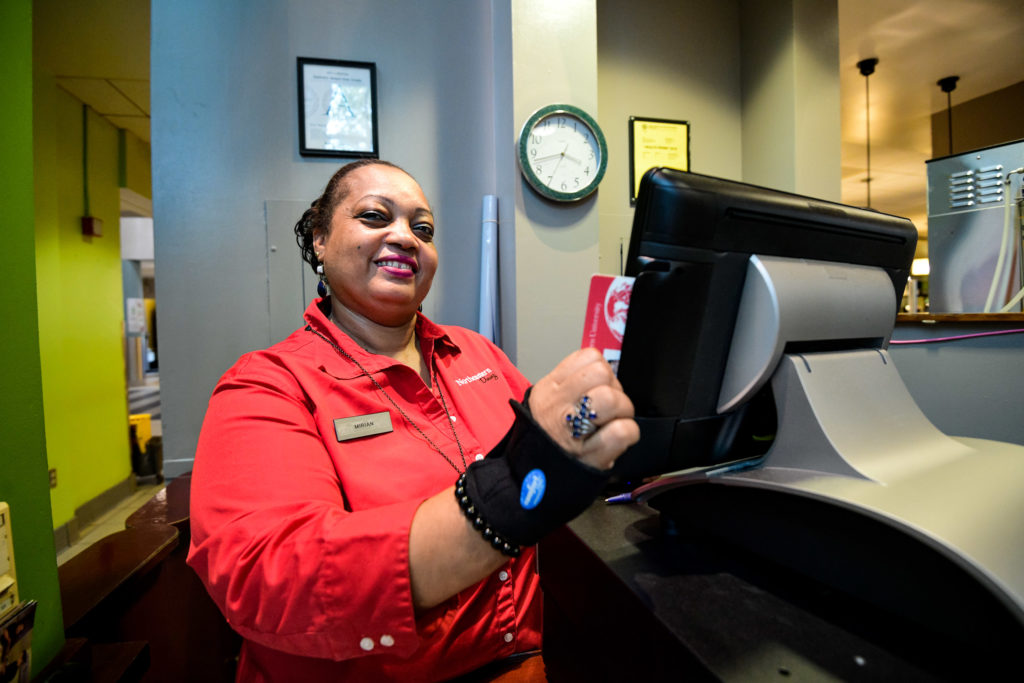 Students can donate some of their meal swipes to help fight food insecurity on campus.

The initiative, which the university administration approved this fall, is a collaboration between SGA, Northeastern University Dining Services and Northeastern Student Affairs. Swipe2Care allows students to request and donate meal swipes online through myNortheastern.

An end-of-year student priority survey conducted by the Student Government Association, or SGA, indicated that a main issue students had was with meal plan affordability.

“One of the main asks we made of the administration was to make [the] meal plan more affordable,” said Nathan Hostert, the SGA president and a third-year political science major.

Students can request swipes by indicating how many swipes they want for the week and their reason for needing them. Dining Services checks and approves the requests.

Swipe2Care rolled out Sept. 11 when the Office of the Senior Vice Provost for Student Affairs emailed the student body to inform students of the new initiative.

“The program is designed to allow you to seamlessly contribute meals from your meal plan while providing a confidential and efficient method for other students who may be having difficulty, for whatever reason—to find their next meal,” according to the email.

Students have already begun using the features of the Swipe2Care program, Hostert said.

“It has already worked, kids have already donated and received swipes, and we are only a couple of weeks in,” Hostert said.

Noah Brown, a second-year business administration  major, did not know about the initiative and said the initiative could have been advertised better.

“I had never heard of this,” Brown said, “but it seems like it is good.”

Luca Filosa, a second-year mathematics major, knew about the initiative, but said the university should have raised more awareness.

“If there was a banner on myNortheastern every time you logged in that displayed it, that would have helped,” Filosa said.

While Hostert said Swipe2Care has worked so far, he wants students to know that the student government is not done making meal plans more affordable.

“I don’t see this program as an end to all financial need,” Hostert said.