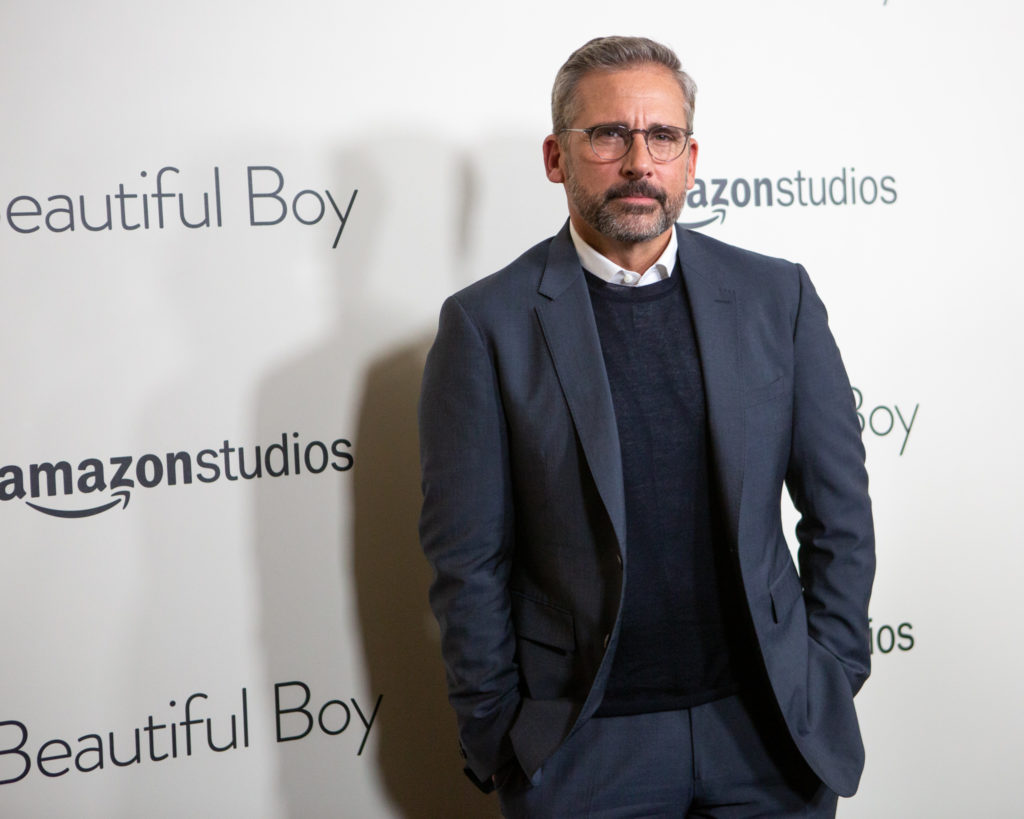 The movie, based on the memoirs by David Sheff and his son Nic, follows the disintegrating relationship between the two as Nic sinks deeper into methamphetamine use. Sheff struggles with the hopelessness of his son’s affliction and –– through relapse after relapse –– begins to realize that there may be no saving him. With every breath, the film captures the heartbreaking effects of substance abuse on a user’s family and loved ones.

Carell delivers a captivating performance alongside Timothée Chalamet, a 22-year-old Oscar nominee, to illustrate an emotionally gripping story much darker than many of his other films.

Fans may know Carell from his success in popular comedies, but the actor is not unfamiliar with dramatic roles. His performance in “Foxcatcher,” a 2015 true crime film, earned him an Oscar nomination. This role called for a complex balance of ups and downs.

“There was never any inclination on my part to be funny,” Carell said. “But there’s also humor and joy [in the movie], even within the darkest moments.”

“Beautiful Boy” relies on somber and heartfelt performances by the cast to depict such a tragic issue. When asked about the challenges of adapting to a serious acting mindset, Carell explained his philosophy regarding different genres.

“I sort of approach comedies and dramas the same way,” Carell said. “I think comedies are funnier when they’re believable … and certainly that’s the case with a drama. The more that a person can relate, the more it’s going to resonate.”

For Carell, becoming Sheff was a careful process in terms of their similarities and differences. He shared that he relates to the character because, first and foremost, he is a father.

“From the moment you have kids, you are terrified of something bad happening to them. And when something actually does, it’s a parent’s worst nightmare,” Carell said. “To imagine what David Sheff was going through when his son was spiraling out of control with a methamphetamine addiction … it’s hard to wrap my head around.”

To prepare for the role, Carell rehearsed with Chalamet for weeks before the crew began filming, going over scripts and discussing when characters were given poignance. More than anything, he said, the two created chemistry on set.

“We wanted that relationship to feel lived-in,” Carell said. “That we had been father and son for all these years and had gone through a lot together, before you even see the movie start.”

Carell and Chalamet’s father-son dynamic powers the film’s entire emotional trajectory. By drawing from the different perspectives in both characters’ memoirs, the movie presents substance addiction from multiple points of view, encompassing the full range of its corrosive effects.

According to the 2017 National Survey on Drug Use and Health, an estimated 964,000 people had a methamphetamine use disorder. Carell said he hopes the film will spur discussion.

“The hope lies in dispelling some of the myths about addiction,” Carell said. “It doesn’t discriminate; it can affect anyone at any time. I feel like getting conversations like that –– giving addiction some context –– that’s the greatest goal for this movie.”

“Beautiful Boy” is now playing in theaters around the country.