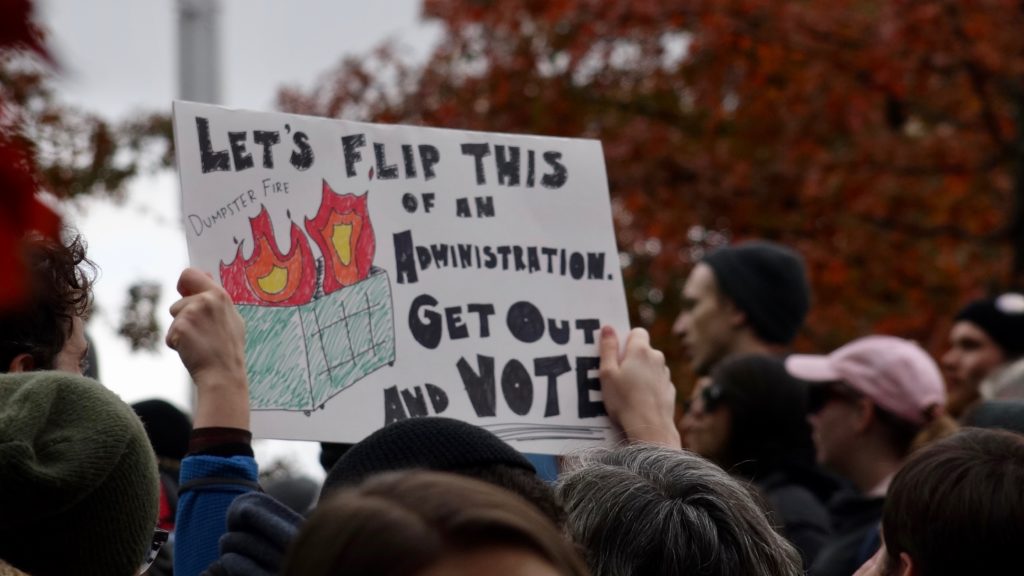 The suggested changes would define sex in terms of “immutable biological traits identifiable by or before birth,” according to the memo, meaning that people in the transgender community would no longer be protected by the same standards as cisgender students.

If the federal government establishes its proposed changes, it would likely challenge higher education institutions to adopt similar attitudes toward discrimination based on gender identity.

According to an Oct. 25 statement emailed to The News from Renata Nyul, Northeastern’s vice president of communications, “it is premature to address the memo’s impact on university policy before the regulatory process plays out. The content of the memo, however, is antithetical to our values as a diverse and inclusive global community.”

Moya Bailey, a professor of women’s, gender and sexuality studies at Northeastern, believes the memo addresses the issue in a “really limiting and unscientific way.”

“The government does not need to create a definition,” she said, “that does not match the complicated scientific and social forces that interact to let us understand gender and sex.”

Title IX, a section of the Education Amendments of 1972, currently states that no person in the United States can be denied benefits from or participation in any educational program receiving financial aid from the federal government “on the basis of sex.”

In the past, the national interpretation of Title IX included gender identity in its protections. But the federal government now suggests the law exclusively focuses on sex in regards to sex assigned at birth.

Kristopher Cannon, a media studies professor at Northeastern, said the administration formed this definition using a “rather reductive and archaic notion of what sex is.”

“I think that part of the problem is the way in which they’re trying to define sex … biologically speaking,” Cannon said. “Not only are there people who are born with specific chromosomal pairs, but there are those who have ones that are alternative to a binary model and people who are born intersex.”

Synthesizing his several degrees in both gender studies and communications, Cannon’s research analyzes media artifacts with a focus on representations of bodies.

“It’s very unlikely [universities] would change their policies were there to be changes to Title IX,” he said. “Now, the government could retaliate and say, ‘you’ll lose federal funding.’”

Kate Parks, a third-year marine biology major who identifies as nonbinary, said they are upset about the “systematic and imprisoning” ways in which the federal government is defining sexuality.

“This administration is trying to exhaust us,” they said. “I think we’re going to see more of this, and I think a lot of minority groups are going to be defined out of existence.”

The Williams Institute at the University of California, Los Angeles School of Law estimated in 2017 that approximately 1.4 million adults in the United States identified as transgender. Of that group, over 200,000 are between the ages of 18 and 24 — a range that encompasses most college students.

Northeastern provides healthcare referrals and educational services for students through the LGBTQA Resource Center. Additionally, organizations like NU Pride and Out in STEM aim to support LGBTQ+ students both in networking and professional skill development.

“I’ve seen students and faculty voice their concern with how the government is trying to limit people’s expression and their own identity,” Bailey said. “Many participated in the transgender rights march over the weekend, which amplified their voices.”

In terms of informing the public, Parks said they want to see more talks and trainings on how to be respectful of the LGBTQ+ community.

“I think it’s more important than ever for us to be clear that we exist,” Parks said. “Not only for ourselves, but for the generations who are growing up in this era who haven’t figured it out yet and don’t know that there’s people like them out there.”