Boston ban on plastic bags to go into effect 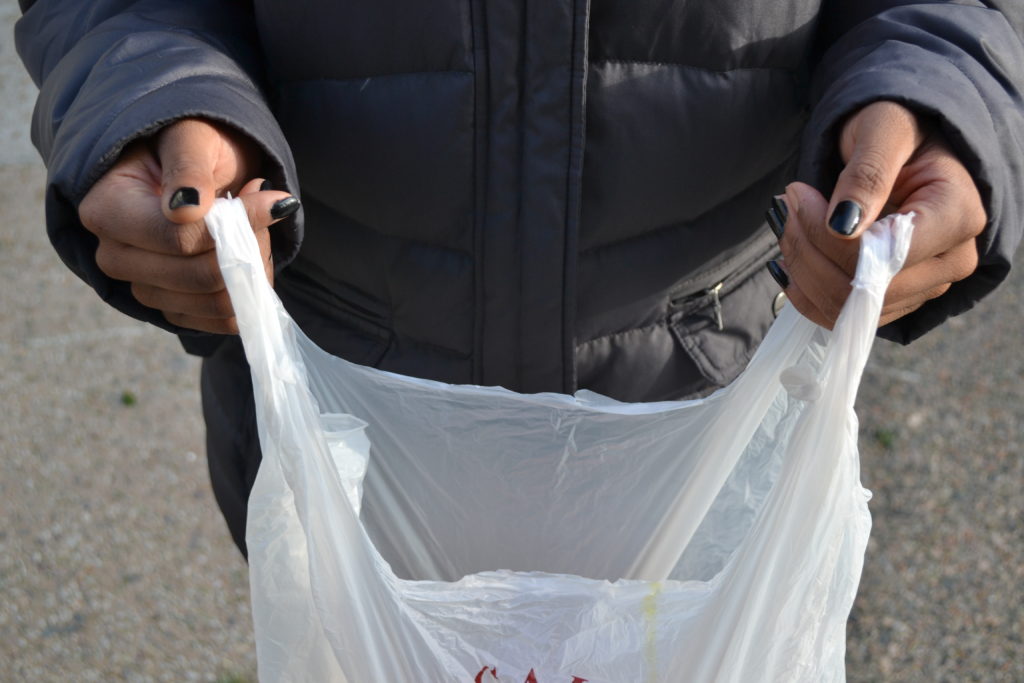 Boston stores are using up their plastic bags as the city is set to join Cambridge and Brookline in banning single-use plastic bags.

A city ordinance passed in December 2017 will go into effect Dec. 14; It will eliminate the use of all single-use plastic bags and will mandate that stores offer compostable plastic bags, paper bags or reusable bags as alternatives, all for a fee of at least 5 cents. The ban does not include newspaper bags, dry-cleaner bags or bags used to wrap up meat, fish, produce or frozen food.

While the bag ban means change for Boston store owners and customers, this kind of ordinance isn’t new. Bans already exist in major cities in the United States, including Seattle, Los Angeles, Chicago and Austin, Texas. Across the world, regulations limiting plastic bags are in place in the European Union, China and India.

According to the Mass Green Network, an organization that connects individuals working on local legislation to limit the use of bags and other plastics, there are 88 approved bag bans in communities across Massachusetts.

“This isn’t a ground-shattering development, I think we’re all just catching up with the Joneses,” said Michael Orr, director of recycling at Cambridge Department of Public Works.

Cambridge, where the ban went into effect in March 2016, implemented their ordinance with minimal disruption in the community.

“After three months or so people just got used to it and started changing their behavior a little bit and most people are pretty happy and excited that we have the ordinance because it does reduce waste,” Orr said.

Brad Verter, founder of the Mass Green Network, said that’s the way it is with most bag bans.

“These bag laws are tended with so much anxiety that ends up being all for nothing,” Verter said.

The Cambridge ordinance requires a fee for alternatives to single-use bags, just as Boston’s will. Orr said this is the most important part of making the ban work.

“If you just ban plastic bags and everyone uses paper bags instead there’s not really a net positive for the environment as much as if you put a ban on the plastic bags and then make people pay to receive a [paper] bag,” Orr said. “That’s where you get behavior change, and that’s what we really need to do […] we just need everyone to consume just slightly less, especially when you don’t have to have a bag every time.”

It comes back to the three Rs — reduce, reuse and recycle — which Verter said should be practiced in that order.

“It’s much better to reduce the amount of consumables that are out there,” Verter said. “The second best [thing] is to reuse those things as often as possible, so we don’t have to keep making more, and recycling, you know, it’s kind of a far-behind third best option.”

In Massachusetts, cities, but not towns, may charge fees. That limits the town of Brookline, which passed the state’s first ban exclusively on single-use bags (Nantucket had passed a bylaw limiting all vendor-supplied packaging to biodegradable materials in 1990). The Brookline bylaw cannot mandate a fee for bags, though stores may still choose to charge it. Clint Richmond, who was a lead petitioner on the town’s plastic bag legislation in 2012, as well as the revisions in 2016, said this “makes a huge difference in bag demand.”

“Despite the efforts around reusable bags and consciousness around that,” Richmond said, “there’s often not a significant reduction in volume with a straight ban, but when you include a kind of hybrid ban, which includes a fee, then total demand for single-use bags goes down of all types.”

In August 2016, in the wake of their hybrid ban and fee, Cambridge reported a decrease of 50 to 80 percent of single-use bags in a study that members of the Cambridge Recycling Advisory Committee performed at several large Cambridge businesses.

“That’s because of the mandatory 10-cent charge that Cambridge has for bags at check out,” Orr said.

Unlike Boston’s ordinance, the Brookline bylaw does not provide exemption for produce bags. Brookline requires produce bags to be compostable, while Boston will continue to allow the use of single-use plastic ones.

“There are many produce bags used, if not more than shopping bags, so while they’re a little smaller and a little lighter there’s quite a few of them, so their environmental impact in, say, a marine environment can be large,” Richmond said.

The ability to recycle single-use plastic bags is limited, meaning “a tiny, tiny fraction of those ever make it to recycling and so the vast majority get thrown out,” Verter said.

That means non-biodegradable plastics, which compose the majority of what consumers use, pose a danger to marine environments where they may be mistaken for food and be consumed by fish and other marine life. They also are lightweight and tend to blow away in the wind and get caught in trees.

The ban also has the potential to have an impact beyond single-use plastic bags, Verter said. When people start thinking about making a change in their life to save money on grocery bags, they also may start considering the impact their other choices have on the environment, along with their wallet.

“If you want to reduce the amount of garbage in the world, you’d ban refrigerators or cars or something, because pound for pound there’s a lot more of those than bags,” Verter said, “but if you want to think about ways of sort of getting into people’s daily lives and helping them to think about the choices they make and how sustainable those choices may or may not be, then bags are a pretty good one.”

That is the point of these bans, Orr said, to start making an environmental impact.