Students compete for environmental justice at the Social Impact-athon 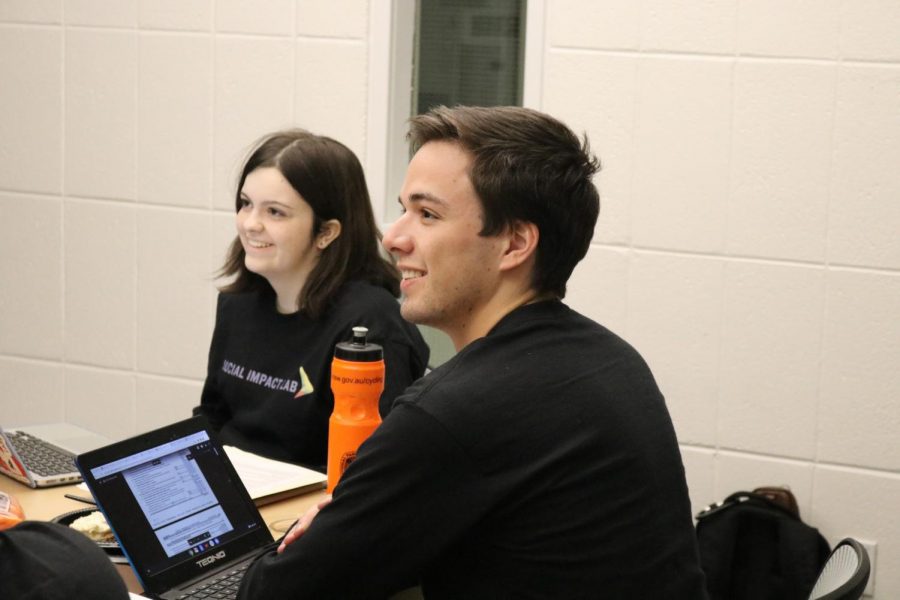 Almost 70 Northeastern students spent their weekend participating in the Social Impact-athon, a competition between teams developing plans to best effect change by donating to nonprofit organizations. Teams were challenged to distribute a hypothetical $50,000 between three or more Boston nonprofits centered around environmental justice. The winning team was awarded a real $50,000 to execute their plan.

The Social Impact Lab was challenged by its founding partner, the Germeshausen Foundation, to create this new model of nonprofit education to teach students about nonprofit organizations while also making an immediate impact on local communities, said SIL Director Rebecca Riccio. She said she hopes it can be recreated at other universities and repeated at Northeastern.

“I think it’s good to be a more well-rounded person, and I appreciate understanding the community we’re from,” said Elisa Figueras, a fourth-year environmental science major. “Boston is one of the most gentrified cities in the U.S., and as college students we’re contributing to that. I feel really inspired today to go back out into the community and do more community work.”

Activities began on Friday evening in which competitors, including undergraduate and graduate students from a range of majors, began their “crash course” on environmental justice and nonprofit organizations. The event was open to all Northeastern students, as Riccio hoped to make these skills available to anyone who wanted to participate.

The event drew from the teachings of Northeastern Students4Giving, a human services program that uses “experiential philanthropy” to educate students on the role of nonprofit organizations through academic courses and grants. Riccio wanted to design an expeditive platform for students not involved in human services to learn about nonprofits.

Students were divided into teams of six or seven participants specifically created by organizers to be as interdisciplinary and diverse in expertise as possible. After finishing their lessons and hearing from field experts, the teams broke up on Saturday afternoon to begin working on their proposals.

Coaches with expertise in various relevant fields were at the teams’ disposal, as well as profiles of the 11 nonprofit organizations to which they could donate.

“The foundations that are funding this could have easily done it on their own, but instead they’re using this model of students getting engaged with thinking about how to catalyze social change through helping these organizations,” said Christopher Bosso, professor of public policy and politics and a coach at the event. “I think it’s a tremendous, important model that helps this generation of students really think ahead about how they’re going to have an impact.”

Teams turned in their proposals Sunday morning. A panel of judges reviewed the plans and determined which would have the greatest impact by looking at the budget and rationale behind each decision. The winner was Team Roxbury, comprised of Bethany Basile, Nick Boyd, August Granath, Becca Lafair, Sarabrent McCoy and Lydia Zhou.

The winning team donated $15,000 each to the organizations Alternatives for Community and Environment, Chinese Progressive Association and GreenRoots, Inc., and $5,000 to City Life/Vida Urbana. Each team was able to make some sort of contribution, as $1,000 was granted to each to donate to the organization of its choice. The organizations that didn’t receive money from any of these outlets were also awarded money from the Learning By Giving Foundation.

“I think the money will go so far, and it will mobilize the chosen organizations in such a wonderful way,” said third-year Becca Powell. “In terms of Northeastern, it will make us consider our practices with more mindfulness and intentionality, making sure our actions have purpose but also making sure we’re being careful in the things we do and the way we consume. I think the dialogue starts here and it will continue to spread outward.”