NU professor studies the evolution of hate speech on Twitter 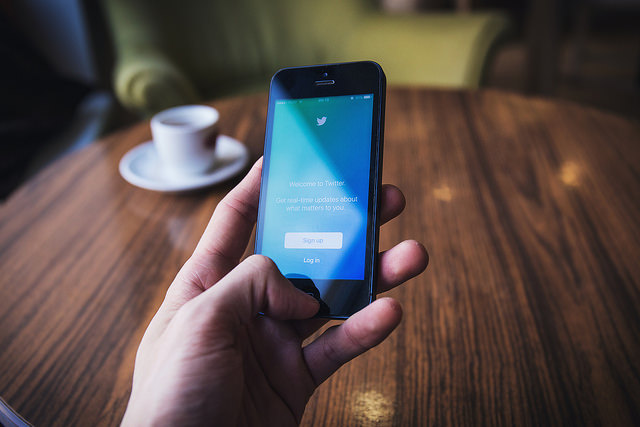 As one of the most widely used social media services, Twitter gives millions of people worldwide the opportunity to share opinions, news and ideas in 280 characters or fewer. However, the website can also provide a platform to those with hateful views and messages.

Tweets are public and easy to access, so social scientists can use Twitter to examine how these harmful ideas spread and evolve on social media. At Northeastern, assistant professor of political science Nicholas Beauchamp is studying this phenomenon.

“Twitter is one of the few places where you can really collect what people have said over years of their lives and then try to map out how they have changed,” Beauchamp said.

Beauchamp is analyzing hate speech on Twitter with Spencer Piston, an assistant professor of political science at Boston University, and Ioana Panaitiu, a doctoral candidate in the political science department at Northeastern. Their research aims to determine where people who spread hate online come from and how they get to be that way. To do this, they use a computational approach to look at the personal evolution of individuals who use hateful language on Twitter.

“Traditionally, in political science, the way you study these types of attitudes is through surveys and maybe some experimental data as well,” Panaitiu said. “Because Twitter lends itself very well to public opinion and hate speech in particular, we thought this would be a very exciting opportunity to study individual trajectories, not just aggregate-level data.”

Beauchamp said that an individual’s past tweets can reveal their psychological evolution and identify the social networks they interact with. The big picture, Beauchamp said, is what can be learned from examining the life trajectories of individual people. This data is used to map out an individual’s levels of racism, misogyny, Islamophobia, homophobia and other categories, and how these levels have changed over time.

To discern hateful language, the researchers use lists of words and clusters of related words associated with hate speech provided by the software platform Hatebase. An application programming interface is used to gather gigabytes of data on a subset of Twitter users that both use hateful language and follow the accounts of organizations classified as hate groups by the Southern Poverty Law Center. Computer programs then sift through the data and pinpoint who sent each tweet, when it was sent and its textual context.

“The people who become very hateful at some point, our theory was that earlier in their lives or their careers they would have engaged in a milder form of cultural racism, which is a much more common set of opinions,” Beauchamp said.

Beauchamp, Piston and Panaitiu want to identify whether there is a particular trajectory that people adhere to, in which they initially engage in milder racism, or “soft” racism, and progress to become stronger, or “hard,” racists over time. “Soft” racists focus on cultural or behavioral characteristics of a particular group of people while “hard” racists use slurs and believe that certain groups are biologically inferior to others.

“If we find that there is a characteristic trajectory that people follow where they start off as ‘softer’ racists and move to become ‘harder’ racists, you can figure how and when and where to make interventions to deflect people from this evolution before they get that way,” Beauchamp said.

The data suggests that racism leads to higher levels of misogyny and that an individual’s social network has a significant role in facilitating a shift toward extremism. Panaitiu said the high degree to which certain categories of hate are interconnected, specifically the relationship between racism and misogyny, was unexpected and the project, titled “Trajectories of Hate: Mapping Virulent Racism on Twitter,” is still being refined.

“Social media is such a huge part of everyone’s daily lives,” Panaitiu said. “It’s a powerful political tool, it’s a powerful informational tool, and it deserves to be studied as a significant component of society and social life.”

Beauchamp, Piston and Panaitiu also conclude that different forms of hate significantly overlap with one another, and should not be examined separately. Furthermore, through investigating how ideas evolve, they find that an individual’s speech, behavior and opinions are not completely stable and have the ability to change over time.