In Massachusetts, strict drinking laws are decades in the making 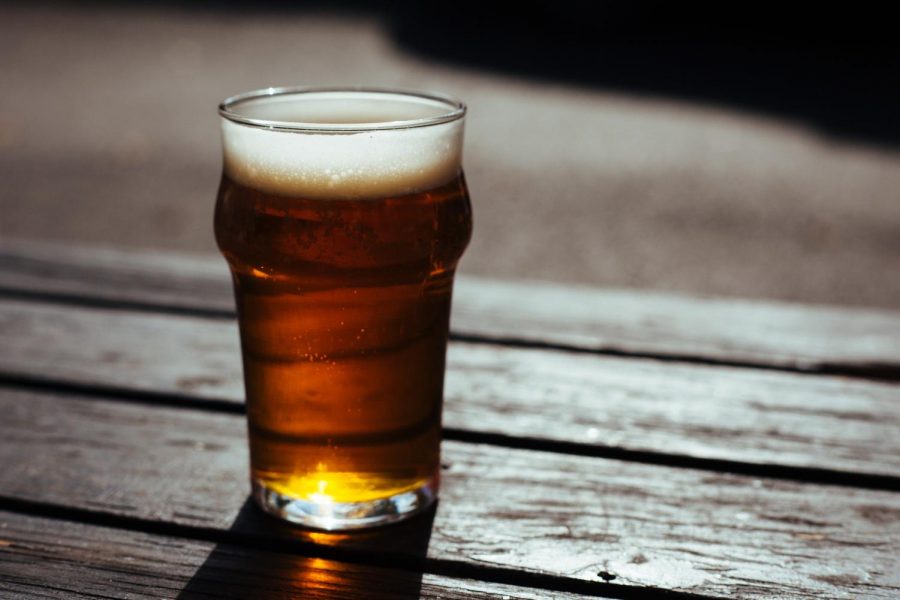 In Massachusetts, residents face strict drinking laws that have been decades in the making.

Happy hour, drinking games, free beer: what do they have in common? They are all banned under Massachusetts law.

Most of the state’s current legislation stems from past alcohol-related incidents. In 1984, then-governor Michael Dukakis signed a bill to outlaw happy hour discounts after a young woman was killed in a drunk driving accident. The woman was served free pitchers of beer as an award for winning a drinking game at a bar in Boston.

Today, the laws are subject to mixed reception from alcohol providers and purchasers.

The non-profit Massachusetts Restaurant Association, or MRA, aims to promote success in the food and beverage industry. Steve Clark, the MRA’s vice president of government affairs, said the organization works with the state government on new regulations and helps its members comply with current laws.

Marcella Jackson, a fourth-year political science and environmental studies major, said she thinks the state can better address safety concerns by focusing on personal responsibility rather than by banning discounts.

“I think they do a fairly reasonable job of balancing underage drinking and keeping the city from getting too rowdy,” Jackson said. “But with happy hour and last call, I do wish those were a little bit more relaxed.”

Although the happy hour ban is often addressed by customers and the media, Clark said, it is not a topic of discussion amongst restaurant owners.

“Restaurateurs very rarely talk about happy hour because they understand what the regulations are,” Clark said. “We’ve had it for years. A lot of times, customers talk about it, but restaurateurs are like ‘You know what? We’re okay with the law. We know what the laws are — we don’t need to discount our alcohol.’”

“If other restaurants and bars had the ability to discount further,” Pian said, “it could move some of that traffic that we get local to [Northeastern’s] campus.”

In addition to facing limitations on what they can do inside bars, customers often find it difficult even getting past the front door. Since October 2012, six different forms of identification are legally permissible for purchasing alcohol — but out-of-state licenses are not one of them.

“It’s at the point now where you can rely on a passport from Sweden, but you can’t ask for a license from Rhode Island,” Clark said. “We’re the only state in the country that has that requirement, and it’s something we’re trying to change.”

If a customer turns out to be underage after providing an out-of-state ID at a bar or restaurant, the owner is not protected by Massachusetts law. Pian said the use of fake IDs has cut down after his restaurant began using a scanner to validate licenses. But when it does happen, he said, they are generally out-of-state IDs.

“As long as it goes through the scanner and comes back as a good ID … we accept it,” Pian said. “We do prefer a passport or Massachusetts ID, but anything U.S.-issued is our general practice.”

In 2017, Massachusetts Treasurer Deborah Goldberg appointed a group of legal professionals to an Alcohol Task Force to propose updates to alcohol regulation in Massachusetts. The Task Force’s report encouraged Goldberg to add out-of-state licenses to the list of protected forms of ID and tighten the restrictions on discounted alcohol sales, in addition to raising alcohol excise taxes.

Alcohol distribution in Massachusetts is regulated by the Alcoholic Beverages Control Commission, or ABCC, an agency operating under the state treasury. Though historically underfunded, according to a statement from Goldberg, the ABCC’s budget is expected to nearly double from 2018 to 2020, which will allow the agency to hire more investigators and combat rising operational costs.

For better or for worse, alcohol retailers and consumers in Massachusetts can expect to see significant change in industry practices in coming years.