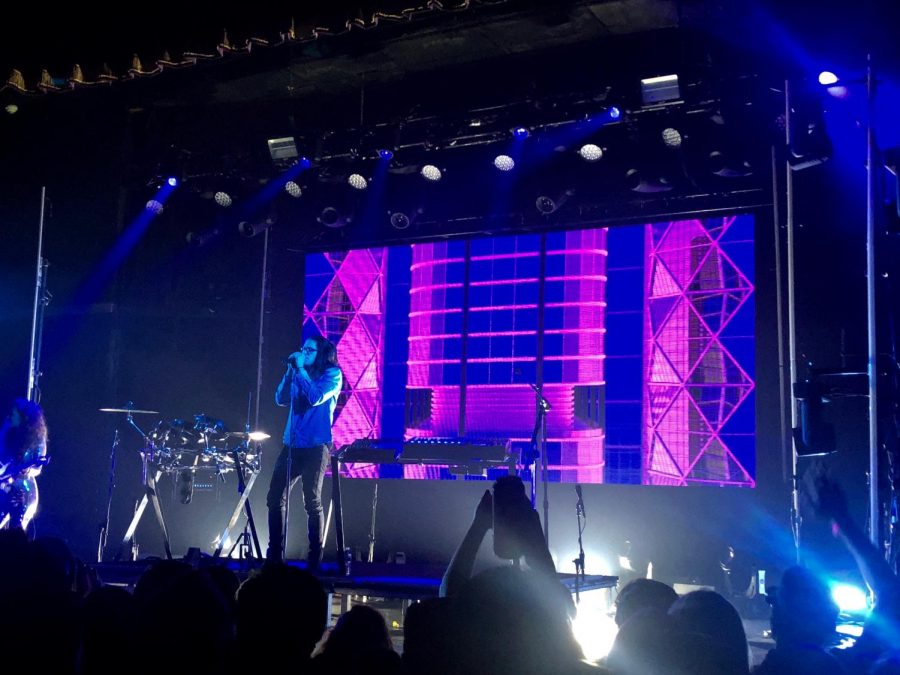 The tour was a great endeavor for Big Wild, who served as the primary lyricist, singer and songwriter. His album “Superdream” targets every side of the human experience and provides audiences with a collection of music that ranges from exhilaration to melancholy.

Stell draws inspiration from the natural beauty and free spaces of Big Sur, California. The natural beauty of that location tugged at his love of landscapes and prompted the artist to shift from his original niche in hip-hop beats to a trailblazing career in groove-oriented electronic music. His soundscapes integrate elements of electronic, indie and pop, bringing a new face to electronic music.

Stell has noted that his vision for the album was to provide a personal and relatable account of his own experiences to inspire and connect to audiences.

The performance featured special guests Robotaki and Mild Minds, who brought the crowd to their feet before Big Wild’s grand entrance. Montreal-based DJ and producer Robotaki has made his name in electronic music.

“You guys are such a fun crowd,” Robotaki said. “It’s such a privilege to play for you guys. Big Wild is so good, and you guys are going to have a great night.”

Robotaki’s words brought a spark to the audience. His engaging presence flowed seamlessly with his high-energy electronic beats, livening the audience in preparation for Big Wild.

Big Wild’s set opened with a blacked out stage, slowly illuminated by a curtain of light on the main screen. As anticipation grew within the crowd, the beats swept up into a warm, mellow trance until a burst of sound and light welcomed Big Wild on stage.

His performance was lit by surreal images and bright colors that took over the background. The mood was bright and vibrant, and Big Wild exhilarated the crowd with his use of blended natural sounds and electronic melodies. He took a powerful presence on the stage, alternating between vocals and intense drum solos that brought the audience to the edge of the stage.

“I discovered Big Wild three years ago through a friend, and I have a couple of really great memories tied to their songs,” Marcos said. “I bought myself a ticket back for my birthday in November, so I’m having a little belated birthday present to myself.”

Like Marcos, the crowd was full of devoted fans. Liam Dudley has seen Big Wild perform several times and traveled from Marlborough to watch him live again.

The Superdream tour kicked off in California after the album released on Feb. 1, and it swept across the nation to the East Coast. The tour concluded March 30 in New York City.