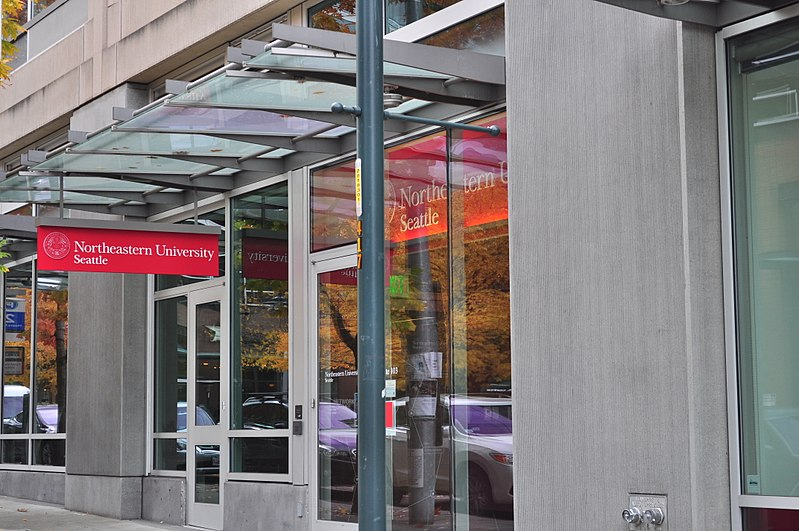 Located in Seattle, the graduate facility is one of five Northeastern regional campuses.

Northeastern took a crucial step in its plan to provide “global experiential learning” to students in February, expanding its network of regional campuses to include the New College of the Humanities in London.

Jordan Buchman, a first-year computer science major currently enrolled in Northeastern’s Data, Ethics, & Culture program at NCH, said that while the coursework is similar to the Boston campus for the most part, there is a difference in teaching style. President Joseph E. Aoun has said this model is complementary to the experiential learning model.

“One of the main differences is that rubrics are not a huge thing here, at least in humanities classes,” Buchman said. “Generally it’s a bit less rigid in terms of what you’re expected to do.”

Buchman added that because tutorial-style classes meet less often than traditional classes, he is given more opportunities for independent learning. He said he expects academic differences to become more apparent for students as Northeastern further expands its programs at NCH.

One difference that Buchman said is already apparent is the cultural aspect.

“I’ve been able to experience a lot of London culture just by … going out on my own and sort of exploring, like doing normal things, I guess, that you would do if you lived here,” he said.

He said professors have done a good job integrating local culture into the coursework, sometimes taking the class on “excursions.”

Chris Mallett, chief operating officer of Lifelong Learning Network at NU, said that beyond its personalized teaching practices and European environment, NCH is unique because of its focus on undergraduate education. Each of the other regional campuses, he said, were initially built in response to economic need for professional education opportunities.

“About eight or nine years ago, what we wanted to do was establish campuses outside of Boston to serve a very specific audience: post-baccalaureate learners who would be looking to do professional master’s degrees,” Mallett said. “At the time we made the decision to go to Seattle, we were hearing from employers that the economy needed 5,000 more tech workers than what the University of Washington and other local institutions were going to produce in graduates.”

Because of this, he said, regional campuses have mostly been tailored to the needs of students who have already integrated into the workforce. A significant portion of courses are online, and physical classrooms are contained in one or two buildings on each campus.

As administrators push toward Northeastern 2025 initiatives, he expects the campuses’ focus to expand, at least in part. Already, Mallett said, the university has started to offer “semester in” programs at regional campuses that allow students to take courses in cities important to their industry.

“The whole point of the campuses is to let students experience local contexts,” he said. “So, where better to study entrepreneurship than San Francisco and be working as an intern for a local startup?”

Zachary Weinberg, a fourth-year business administration major, did just that: In 2017, he studied in San Francisco as part of the entrepreneurship program’s first cohort of students. He said the experience he gained consulting and the skills he developed while working on venture-oriented class projects — overseen by experienced, “pretty incredible” faculty — made it easier for him to secure the job he wanted.

“I’m graduating this year, and I’m pretty sure I wouldn’t be doing the position I’m doing post-grad if I hadn’t done this program,” Weinberg said, adding that he will work in blockchain consulting following graduation. “What it really did, is it let you, for the venture you’re pursuing, explore whatever you want.”

Mallett said in addition to the university expanding semester-long opportunities — and potentially extending its campus network to Vancouver, Canada — administrators are considering offering year-long programs to give undergraduates a chance to further immerse themselves. Mallett said this is reflective of a change in thinking over the past few years: Rather than just bringing the university’s resources to communities outside Boston, Northeastern should allow communities to exert their own influence, he said.

Mallett said Northeastern’s “Computer Science Align” program at the Seattle campus serves as a foundation for a computer science master’s degree for students without prior computer science education. He said programs like these are important for increasing the diversity of workplaces while maintaining a high skill level.

“We built this ‘Align’ program in Seattle to help recent college grads, say, in the humanities, have a one-year bridge into tech experience,” Mallett said. “We didn’t build that program in Boston and bring it to Seattle. We built it in Seattle in collaboration with employers there, and we actually ran the first iterations in Seattle. And we got it right, we think, and then we brought it to other campuses, including Boston.”