Column: Thrifting saves your wallet and the planet 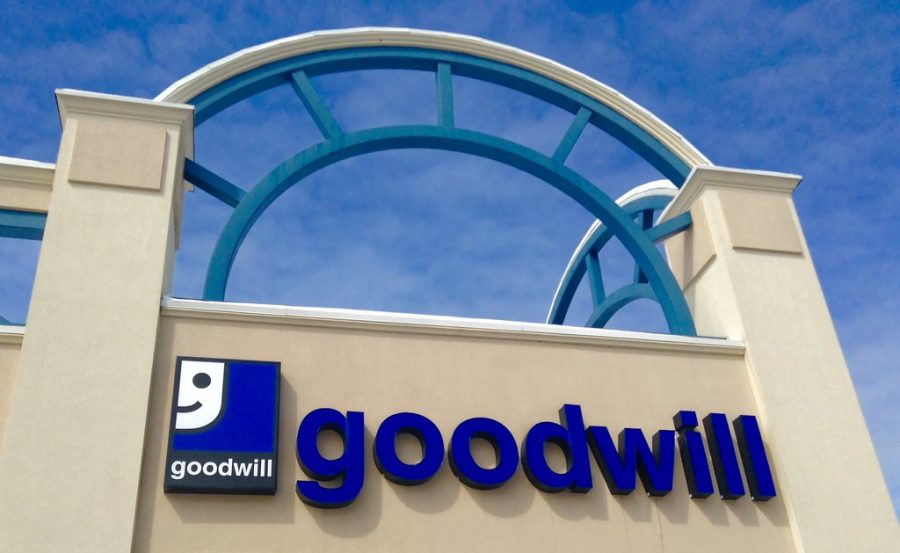 "Goodwill Store, 2015, by Mike Mozart of TheToyChannel and JeepersMedia on Youtube #Goodwill" by JeepersMedia is licensed under CC BY 2.0

Both economically and environmentally friendly, thrift shopping is becoming an increasingly prominent part of the sustainable fashion movement.

For the average college student styling on a budget, thrift shopping might just be the best trend to emerge from the fashion industry. But beyond its small price tag, thrifting now plays a vital role in fashion’s transformation toward sustainable, eco-friendly alternatives.

Rebranding the fashion industry as an environmental pioneer has hurt the average consumer’s wallet. Most sustainable clothing companies cater toward more elitist crowds, which socio-economically discriminates against those with good intentions for the planet but without the money to afford expensive recycled brands. In the meantime, thrift stores provide a means for people of all economic backgrounds to do their part.

“It seems to me like [thrifting] works with the ‘3 R’s’ by reducing new clothing being made, recycling clothes and reusing old clothes,” first-year journalism major Henry Abrams said.

Thrifting is essentially the recycling of old clothes into fresh, modern fashion, but it could also potentially reduce new clothing being produced. Currently, the mainstream production of clothing poses humanitarian threats such as synthetic microfibers poisoning the sea, child labor and overflowing landfills.

In fact, there’s significant statistical evidence that thrifting could threaten the fast-fashion industry. CNBC found that the second-hand market jumped to $24 billion in the last year alone, nearly matching the $35 billion fast-fashion net worth. The projected second-hand market for 2028 is a whopping $64 billion, surpassing most sectors of fashion consumerism.

“One of the things that we recommend the most to our members is to shop second-hand and to shop thrifted and vintage pieces. By thrifting, you’re extending the lifeline of a piece of clothing. You’re giving it another chance, ” said fifth-year business administration major Aneri Shah, co-president of the Northeastern Fashion & Retail Society. “Instead of using more fabric, you’re using what’s already out there.”

Shah said people have become more aware of the fashion industry’s environmental impact, and the conversation is moving in a positive direction. TIME Magazine attributes future booms in the thrifting industry to millenials’ penchant for charity and good will.

Dalya Kahn, a first-year in the Explore program, emphasizes that point.

“You’re not supporting consumerism, child labor or industries like Forever 21 where it’s so cheap you know something’s wrong with it,” Kahn said.

She argues that customers often establish a deeper sentimental value with items from thrift stores that can dissuade them from disposing of clothing as quickly as some might do with mainstream fashion.

“It makes you have such a one-of-a-kind fashion because the clothes are so old, so other people are likely not wearing the same thing. It gives you the freedom to play around and have fun with it,” Kahn said.

Abrams has experienced this as well.

“There’s always the chance that you may find a particular item of clothing that heavily influences the way you style yourself,” he said. “Thrifting has really allowed me to experiment.”

Millennial fashion seems to be going back in time, but that just bodes well for thrift stores. Shah thinks the emergence of ’90s fashion has popularized thrifting, as thrift stores are the only places that can satisfy unique desires for neon windbreakers and bell-bottom mom jeans.

With that in mind, Boston’s vibrant city is home to Boomerangs, Goodwill and the glamorous Garment District.

Next time you clean your wardrobe, consider cleaning the planet while you’re at it.