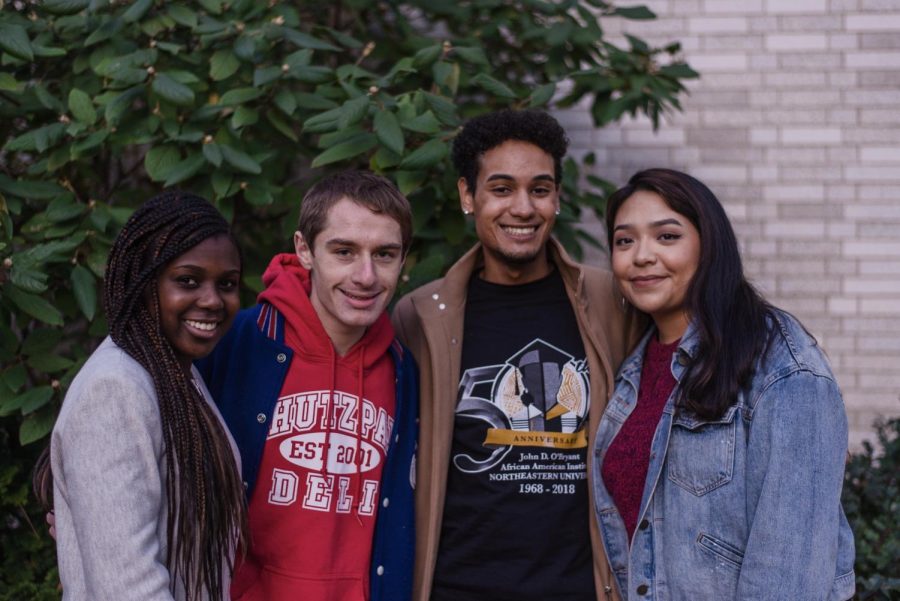 Three weeks ago, Joshua Roller, a senator in the Student Government Association, or SGA, introduced a resolution calling on Northeastern President Joseph E. Aoun to denounce white supremacy on campus and formally acknowledge the fascist organizing materials found in Snell Library this summer.

At last Monday’s SGA meeting, senators unanimously consented to the resolution — but its content had been amended.

On the Senate floor, Roller said administrators told SGA President Chris Brown that Aoun would not release an explicit statement about the fascist materials and that the administration preferred the SGA resolution more generally reference a “trend” of racism.

According to an SGA official with knowledge of the situation, NU Assistant Vice President of Student and Administrative Services Marina Macomber suggested to SGA leaders that too much time had passed since the incident for Aoun to respond to it directly. The official said both administrators and SGA leadership recognized that “it would look bad for [Northeastern] to respond to an incident almost four months later.” The official asked to remain anonymous to protect their relationship with administrators.

The authors of the resolution include Roller, SGA Vice President for Student Affairs Erykah Kangbeya and two students-at-large, James Lyons and Elizabeth Torres, who respectively represent the Northeastern Student of Color Caucus and the Latin American Student Organization. Seeing compromise as preferable to impasse, the group opted to change the wording of the bill after SGA leaders discussed the issue with Macomber.

In the amended bill, the authors replaced clauses directly referencing the Snell Library incident with generalizations: One paragraph in the passed resolution references “an increase in white supremacist and fascist propaganda materials popping up”; another cites the popularity of the Twitter hashtag #HereAtNU.

Roller said he was a “little thrown off” by the administrators’ reaction to the original bill but still has hope there will be a response to the fascist materials specifically. Regardless, he said, he sees a watered-down statement from Aoun as better than no statement at all.

To increase the likelihood of a response from Aoun, the bill’s sponsors also removed a sentence from the original text that claimed Aoun has never “made any official comment regarding the threat of white supremacy and fascist ideology in higher education.”

The clause was a “dealbreaker” for administrators, according to an SGA official familiar with the matter, because it was untrue.

In the wake of the 2007 Virginia Tech shooting, whose perpetrator was a South Korean immigrant, Aoun released a statement that addressed fears of anti-Asian racism on campus. He also wrote to students in 2008 expressing “outrage” when racist graffiti was found in a hallway in Stetson West and promised “immediate action” when the university’s publicly displayed menorah was vandalized in 2012. In 2014, flyers advertising an event hosted by the Alliance for Israel at Northeastern were vandalized with swastikas, and Aoun affirmed there is “no tolerance” for prejudice on campus. He released statements after similar incidents, both local and national, in 2015, 2016, 2017, 2018 and 2019.

In a Nov. 13 email to The News, university spokesperson Renata Nyul said Aoun did not publicly respond to the finding of the fascist materials because it was a “prank.”

“NUPD and the library conducted an extensive investigation into the June 2019 incident when flyers with fascist propaganda were found in a single book in the library. The investigation found absolutely no evidence of fascist or nationalist organizing on campus, and concluded this was someone’s idea of a sick joke,” Nyul wrote. “The university condemns the nature and content of all actions inspired by hate. President Aoun has been vocal about condemning such incidents over the years. However, issuing a statement to thousands of people about a prank would give it attention and legitimacy that it does not deserve.”

Peter Siccardi, a third-year electrical engineering major who serves on the Senate’s student affairs committee, said he is frustrated that the university hasn’t responded to the Snell Library incident in the four months since.

“I see it as a huge problem that they haven’t done anything up until this point,” Siccardi said. He said he understands, though, why administrators might want to remain silent about the fascist organizing materials in particular. “By bringing attention to [them], you are, in some way, giving a platform to those people and to those ideas. And in a lot of cases that is what the alt-right wants.”

Lyons said he is concerned the university might choose to ignore the resolution despite the changes. He said he thinks an adequate response would need to come from high up in the administration.

Siccardi said he wants to continue working through the SGA to address the threat of white supremacy, whether administrators respond to the resolution or not.

“Ignoring the actions causes far more harm than bringing light to them ever would,” he said. “That’s part of the reason why, even if the administration doesn’t do anything, I want the Senate to have a plan B, a plan of action to still try to address it.”

Kangbeya also said she will keep working to push forward legislation with similar goals and that she will set up a meeting with administrators to discuss the resolution if they don’t respond.

“Wherever it goes, we’re gonna be here fighting together,” she said.

Deanna Schwartz contributed to this article.