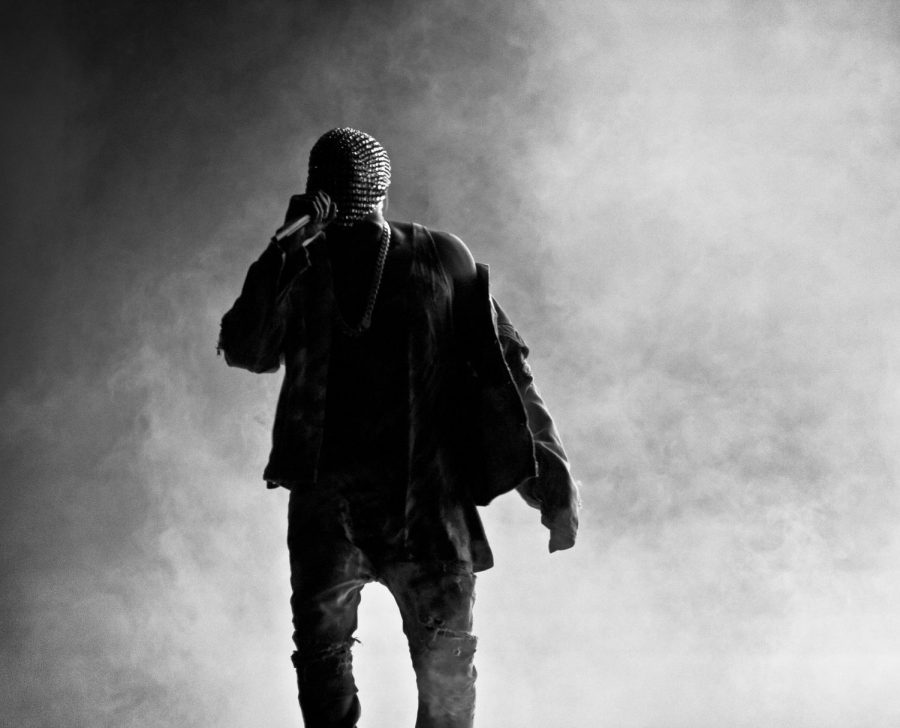 The Kardashian-Jenners are no strangers to appropriating culture for monetary gain, from using images of hip-hop legends on merch to naming a shapewear brand after the Kimono, a traditional Japanese garb. With the release of his latest album, “Jesus is King,” Kanye West has finally joined the family business of exploiting culture for profit.

Like so many televangelists before him, Kanye profits off of his Christianity. He’s taken the parts of Christianity he deems profitable, broken them up into easily consumable pieces and presented them without context, except for how they relate to himself, his image and his politics. Since my first marketing co-op, and current class on “Selling Spirituality” with Professor Liz Bucar, it’s hard to not see his actions as a money grab.

Let’s start with the album itself. Six years after the release of “Yeezus,” which included a track titled “I Am A God,” Kanye has returned to incorporating religious themes into his music. This time, instead of exalting and praising himself, he’s decided to focus his energy toward his love for Christ. Sort of. The opening track features a gospel choir occasionally joined by Kanye, and the lyrics are pretty standard gospel music. But in the second track, “Selah,” he compares himself to biblical figures and justifies screaming at an employee in the name of his faith. If you can hear it over his yelling, he even cheers himself on using his own self-appointed nickname of Yeezus (like Jesus but the Kanye version). It all kind of goes downhill from there.

The fifth track, “On God,” is really where the politics ramp up. The line “he’s the new commander in chief” followed by “that’s on God” could be taken as reverence for Kanye’s recommitment to faith, but given his outspoken support of the current President, this line is probably serving double duty. Later in the song, Kanye blames the IRS, or Internal Revenue Service, for wanting “50 plus our tithe,” implying the government is preventing him from giving to the church.

The album has some songs asking for forgiveness, while others make clear he intends to continue living his life pretty much the same as always, minus some sex, drugs and debauchery. At the end, I’m left wondering, what does any of this have to do with being a Christian? It seems like Kanye is using faith to scam people out of their money and then using that money to maintain his celebrity lifestyle.

Looking at the official merchandise, the first thing you notice is the extreme prices: $60 for a t-shirt and $250 for a sweatshirt. Most of the merch is covered in strangely cropped images of angels, crosses, Jesus and saints. Out of context, the customer doesn’t know anything about their religious meanings. A clear case of Christian aesthetics and appropriated imagery being branded by Kanye West for profit.

To be clear, Kanye has done something different than his Kardashian-Jenner family members. He hasn’t pulled elements from minority groups and turned them into commodities. Instead he’s taken from the dominant religion of the West, something he claims membership to. This does not mean it comes without problems. Where cultural appropriation strips marginalized communities of credit, cultural exploitation removes the context and turns the stolen thing into a commodity.

Just like the 2018 Met Gala exploited the aesthetics of Catholicism for donations, Kanye has taken his own religion and twisted it into a platform for his own agenda. His family profits off the backs of underrepresented communities, but with this album, Kanye has turned Christianity into his own personal piggy bank.

A man who once said he could never be profitable rapping about Jesus has found a way to do so. But this album is not about Jesus. It is about Kanye West. He has pulled the sounds and imagery of Christianity to create a multi-faceted product launch including overpriced merchandise, an IMAX movie experience and a new concert tour presented as a traveling religious service. All of which is sold in the name of his faith with the end goal of making Kanye richer.

Kanye was someone who used to rail against the oppression of capitalism on Black communities that “make us hate ourself and love they wealth.” Since joining with arguably the most commodified family in the world, Kanye has abandoned his roots in favor of monetary gain, even though it means selling his faith to any and all who will buy it.

Catherine Reynolds is a fifth-year politics, philosophy and economics major.