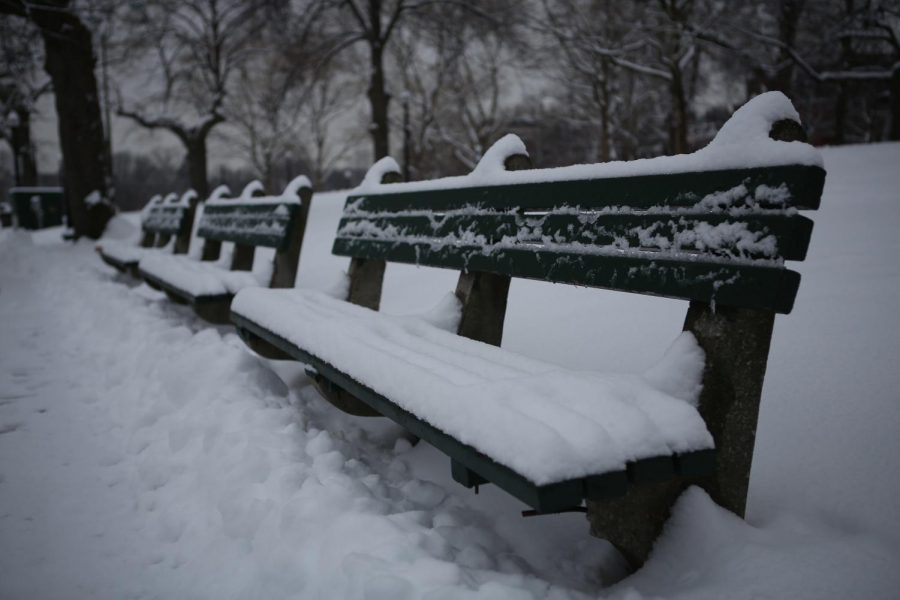 The homeless population in Massachusetts increased by 14 percent, or over 2,000 people, in 2018.

It’s no secret that all cities face challenges when it comes to homeless populations. Boston is no stranger to the issue. The homeless population in Massachusetts increased by 14 percent, or over 2,000 people, in 2018. With temperatures often dipping below freezing, concerns rise about what will happen to the people living on the streets.

Massachusetts is the only state with a “Right to Shelter” law. This grants every resident in the state refuge, while other states enforce the policy on a city or county basis.

This law requires the state to provide shelter to every person, for at least a temporary period of time, every night. To be eligible, a person must “fall below 115 percent of the poverty line,” or prove that they are homeless due to domestic violence, an irregular housing situation that endangered their health and safety, a natural disaster or an eviction.

Andrea Yessaillian is a third-year behavioral neuroscience major at Northeastern who volunteers at Rosie’s Place, a non-profit organization where homeless women can go when they need a place to stay or food to eat. She said the changing of the seasons has not had a disproportionate effect on the homeless population in Boston.

“I would not say there is an increase or decrease in women that seek shelter,” Yessaillian said, but noted that “there could be more on really cold days as it is unsafe to be on the streets.”

The city of Boston is launching a new initiative to dedicate $4.7 million towards building housing for the homeless right before the cold season starts.

“Boston leads the country in providing homelessness services, so a lot of people come to Boston to be housed,” said Kerry O’Brien, the deputy director of media and public relations for the Department of Neighborhood Development.

O’Brien works closely with Laila Bernstein, the deputy director of the Supportive Housing Division. Bernstein has been a key organizer for the city when it comes to pushing Mayor Martin J. Walsh’s initiatives to help end homelessness by promoting and raising the money to fund them.

Boston’s Way Home is an organization launched by Mayor Walsh that helps to build and provide housing for homeless people in the city.

According to the annual report that Boston’s Way Home produces each year, the program has helped house 1,967 homeless people since October. Over the past  month, teams from the organization have been taking to the streets, offering services to the homeless.

“Our street teams have been out all week,” said O’Brien. “If [homeless people] need treatment, they bring them to treatment too. People have to be willing to go; we can’t force them, which is sometimes hard to do.”

On Nov. 15, the mayor held a press conference to discuss the city’s preparations for the harsh winter.

Walsh also spoke at a press conference on youth homelessness Nov. 21 at Bridge Over Troubled Waters, an agency that provides support services to at-risk, runaway and homeless youth in Boston.

“We can’t sugarcoat it. We can’t build a bunch of shelters and say, ‘Okay, there’s no problem on the street now, we’ve got everyone in a shelter, we’ve got everyone hidden,’” Walsh said in his address. “In Boston, it’s imperative that we make sure that every young person has a safe, stable place to call home.”

This plan will work in conjunction with the Boston’s Way Home Fund., which provides financial support to the organization so it can continue building more affordable housing, improving shelters and providing support for homeless people in the city.

These efforts have not only had an impact on the homeless, but also in the lives of Bostonians such as Yessaillian. Since she started volunteering at Rosie’s Place in September, the experience has had a huge impact on her.

“One of the greatest lessons I have learned is to be kind to everyone. You really do not know what people are going through behind closed doors,” she said. “Some women might be homeless, some might struggle to put food on the table but have a job, but either way, Rosie’s Place is there to support them.”