NU rises to third most international students in the U.S. 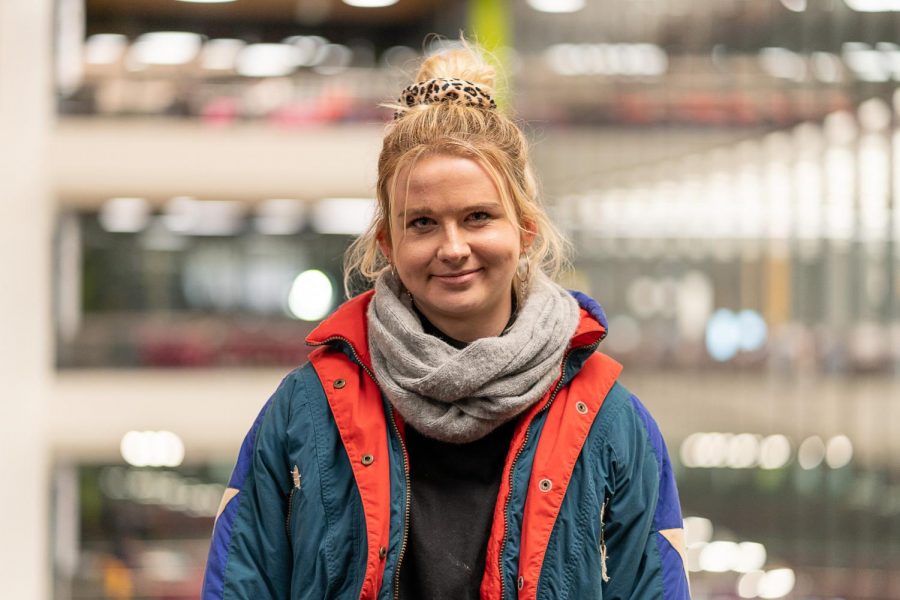 Isabel Langermann-Howard is a first-year philosophy major from Copenhagen, Denmark.

“I think the uniqueness we offer at Northeastern is three-fold,” said Mallik Sundharam, associate vice president for International Enrollment Management and dean of the Office of Global Services.

“The three main characteristics being experiential learning — primarily co-op — as well as interdisciplinary education opportunities and the general globalization of the world,” Sundharam said.

For many international students, co-op opportunities with both American-based and international companies attracted them to Northeastern.

“The co-op program is what attracted me the most to Northeastern,” said Weijia Gaom, a first-year international business major from Fujian, China.  “From the people I’ve talked to, that’s what I think most international students like the most.”

The interdisciplinary education opportunities at Northeastern also plays a role in attracting students — international and domestic — to the university; specifically, being able to study combined majors and the ability to create unique majors is very appealing to students. Northeastern can help students specialize and build a variety of skills, some that may be applicable for jobs that have recently emerged or have yet to exist.

“Location was important to me while I was applying — I wanted a school on the east coast so it would be easier to fly home for the holidays,” said Isabel Langermann-Howard, a first-year philosophy major from Copenhagen, Denmark. “Northeastern was in a perfect location to fit that.”

Cathline Jean, a second-year health sciences major from Silver Spring, Maryland commented on the general attitude towards the international student population that she has observed on NU campus so far.

“From what I have seen, Northeastern prides itself on being a global institution, both [in] the sense of having opportunities to travel and study internationally, as well as having a diverse community with people from many countries,” Jean said.

“Many universities look at international students as a number that they’re able to add to their enrollment stats, but when it comes to Northeastern, we’ve always thought, ‘How do we integrate the experiences and cultural knowledge that students bring to our campus to make it a global environment?’” Sundharam said.

Sundharam said the Office of Global Services has been working to  focus on how they can incorporate the SAIL, or Self-Authored Integrated Learning program into campus life through cultural events such as Diwali. These types of on-campus events help to encourage students both international and domestic to participate in and learn from multicultural experiences that are easily accessible to them.

“I think having many international students helps to contribute in the classroom,   because people provide something that’s specifically related to their country background,” Gaom said. “I don’t think this is as common on other campuses. Every group will have people from different places, every question produces a different answer.”