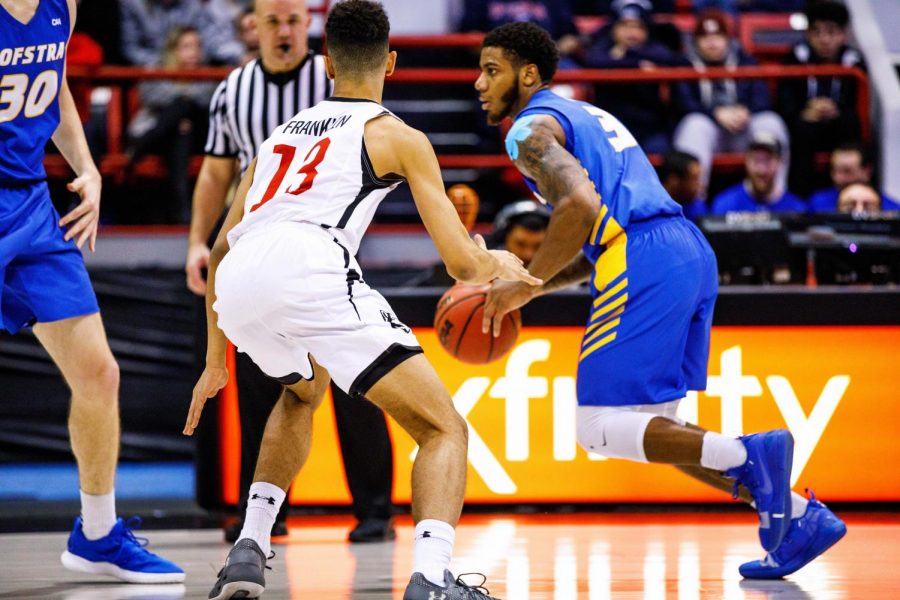 The men’s basketball team lost the first two games in the Gulf Coast Showcase, but won their last game against Weber State in Estero, Florida, before the Thanksgiving break.

In their first game against South Alabama (5-3) Monday morning, freshman guard Tyson Walker scored 20 points and redshirt sophomore forward Greg Eboigbodin got 12 points, both career-highs. Despite their efforts, senior guard Jordan Roland only managed 9 points on 23% shooting from the field, unable to score in the double digits for the first time this season. The Huskies lost to the Jaguars 62-74.

In their second game, the Huskies lost to Drake University (6-2), 56-59. In this Tuesday game, Roland struggled again with 13 points, while senior guard Bolden Brace followed him with 9 points and 6 rebounds.

The Huskies briefly had the lead with 5 minutes left in the game, 51-48, after redshirt sophomore forward Jason Strong made two free throws; however, the Bulldogs responded with two free throws, a three-pointer, and four back-to-back free throws resulting in another Husky loss.

In the final game of the Showcase against Weber on Wednesday, the Huskies redeemed themselves. Roland scored a game-high of 24 points, Brace followed with 18 points, and Eboigbodin achieved a new career-high of 13 points.