Column: Are the high prices of university merchandise worth the product? 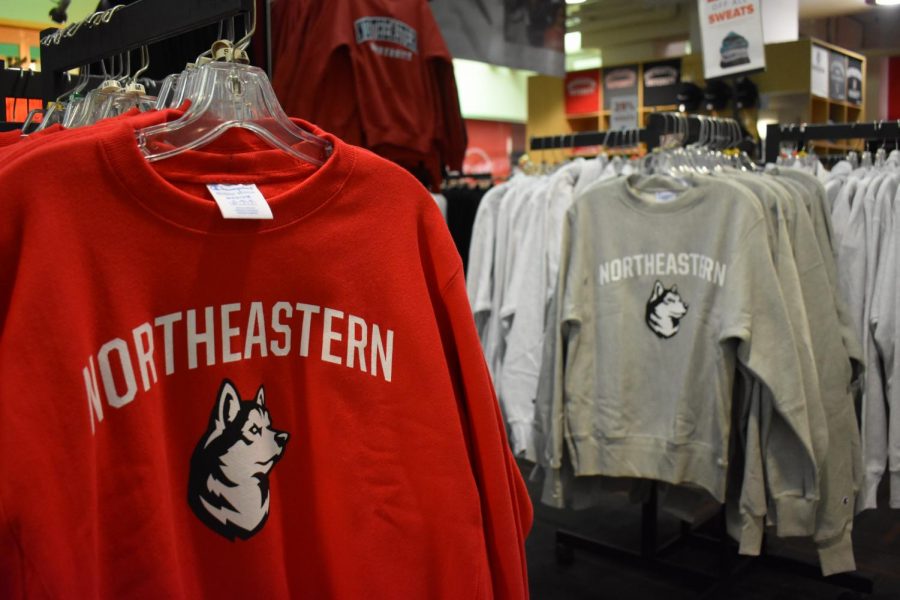 Students question whether they should buy college merchandise sold in book stores because of the high prices.

Buying college merchandise is a popular way for students to represent their school community, but as items get more expensive, is school pride worth the price?

“When I’m at home or wearing my merch around Boston, I definitely feel pride in coming from Northeastern,” said first-year computer science major Apurva Jain, who has purchased a sweatshirt and quarter-zip. “But in general, $50 for a piece of clothing is not really okay.”

In pricing its products so high, Northeastern may be excluding lower-income students who cannot afford to purchase merchandise, while catering towards those who can.

“As an international student, I came in thinking that $45 for a sweatshirt was a little ridiculous,” said fourth-year computer science major Megha Rao, who has purchased only one item of merchandise during her four years at Northeastern.

Currently, The Northeastern University Bookstore’s apparel ranges from $12 baseball hats to vests and hockey jerseys that cost over $100. T-shirts and tank tops are roughly $35 a pop, while a plain water bottle with the school’s logo boasts a $17 price tag.

These prices, albeit expensive in addition to the already daunting cost of tuition, represent the growth of the college marketing industry nationwide. According to The Street, a financial news website, a reported “$4.62 billion was spent on college-license merchandise” across the United States in 2013. Northeastern’s partnership in 2014 with The Collegiate Licensing Company, a national marketing company that boosts collegiate brands, has entrenched its economic ties to merchandise sales. Revenue generated from merchandise sales is returned to the university, suggesting that the Husky brand now holds a valuable stake in the school’s wealth accumulation. This provides an incentive to set higher costs and place the university’s brand on a more desirable, exclusive pedestal.

However, students simply hoping to sport their school’s name may be deterred from purchasing such items due to their cost. In some cases, students search for alternative methods of purchasing merch or forgo buying it at all.

Aparna Dutta, a fourth-year linguistics major, has never bought a piece of Northeastern merch. Instead, she relies on hand-me-downs from her older sister, a Northeastern alum. However, Dutta admits that the prices seem realistic.

“I feel like the simple sweatshirts are the same price they’d be if you bought any sweatshirt with a brand [name] on it,” Dutta said. She draws a parallel between prices in Northeastern’s merch shop and prices in mainstream clothing stores such as Nike or Vans.

The crux of the dilemma is whether students should be treated as consumers of their university’s business. This type of industrial outlook has the potential to eradicate the authenticity of a school’s sense of pride, especially when college merchandise sales are run as businesses similar to any mainstream brand. The National Association of College Stores racks up nearly $2.4 million in sales each year, from nearly 4,000 stores, generating a great deal of revenue from current and prospective students and their families.

One thing remains clear: the distinction between educational institutions and money-making businesses is becoming more and more ambiguous, and the college merchandise industry is just one stitch in a growing pattern of problems.