Preview for the 2020 Grammy Awards 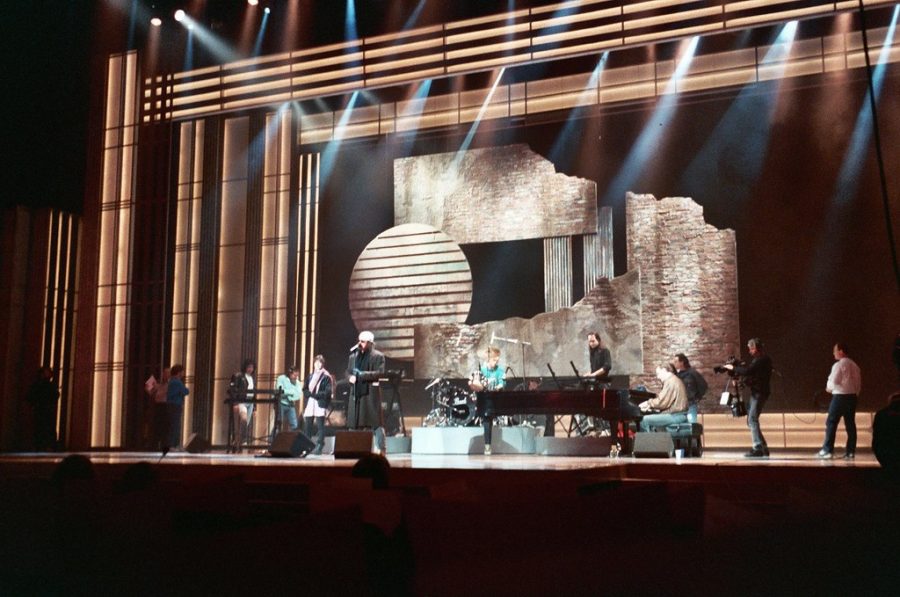 "Rehearsal" by Alan Light is licensed under CC BY 2.0

The 2020 Grammy Awards are right around the corner, and viewers are eager to find out who is going to bring home the ultimate prize.

Although 2019 has come to a close, the year’s memorable music will be brought into the next decade and beyond. This Sunday, Jan. 26, the most anticipated music event of the year will be airing on CBS at 8 p.m. EST. 26

This year, artists Billie Eilish and Lizzo have been nominated in all four of the main categories. Eilish’s “Bad Guy” and Lizzo’s “Truth Hurts” have both been nominated for Record of the Year and Song of the Year. Their albums “When We Fall Asleep, Where Do We Go?” and “Cuz I Love You (Deluxe)” are also in the running for Album of the Year. They both were nominated for Best New Artist, along with Black Pumas, Lil Nas X, Maggie Rogers, Rosalía, Tank and the Bangas and Yola.

Joining these two songs in the category for Best Record are “Hey, Ma” by Bon Iver, “7 Rings” by Ariana Grande, “Hard Place” by H.E.R, “Talk” by Khalid, “Old Town Road” by Lil Nas X and “Sunflower” by Post Malone and Swae Lee.

“Bad Guy,” “7 Rings,” “Old Town Road” and “Truth Hurts” all reached number one on Billboard’s Hot 100 chart and therefore have a higher chance of winning. While these four may have been high on the charts, their general popularity may not mean they can outweigh the quality of songs like “Sunflower” and “Hey, Ma.”

If Eilish, 18, takes home the prize for Album of the Year, she will replace Taylor Swift as the youngest solo artist to receive the award in that category. Swift, who was 20 years old when she won the award for “Fearless” in 2010, is only nominated in three categories this year: Song of the Year, Best Pop Solo Performance and Best Pop Vocal Album.

There is a chance that Swift won’t bring home any awards this year due to the strength of her competitors, which includes Eilish, Lizzo and Lewis Capaldi. For the solo performance category, her hit “You Need to Calm Down” is nominated alongside multiple pop favorites: Beyonce’s “Spirit” as well as “7 Rings,” “Truth Hurts” and “Bad Guy.”

Despite the popularity of Eilish’s “When We Fall Asleep,Where Do We Go?”, as well as Lizzo’s “Cuz I Love You (Deluxe),” Billboard’s recent poll taken in November shows that Lana Del Rey’s “Norman F***ing Rockwell” has a high chance of winning. The poll shows Del Rey’s album at the top with about 34.62% of viewers voting in favor of it. Ariana Grande’s “Thank You, Next” is a close second.

When it comes to Song of the Year, “Bad Guy” and “Truth Hurts” stick out as upbeat pop songs when compared to other hits like “Always Remember Us This Way” by Lady Gaga and “Someone You Loved” by Lewis Capaldi. Their nominations against these more heartfelt songs prove that they have a high chance of winning in more than one of the top four categories.

If their nominations in other categories are any indication, it will not be a surprise if Lizzo, Billie Eilish or Lil Nas X win Best New Artist. With their success among the nominations, it will be disappointing if one of the three of them doesn’t get recognized for their work. Their new emergence took the music world by storm this year.

Voting for the awards has been closed since Jan. 3 and has left viewers waiting in anticipation. With the big night now just days away, it is only a matter of time before some of the best artists of the year are honored for their art, and another decade of great music comes to a close.