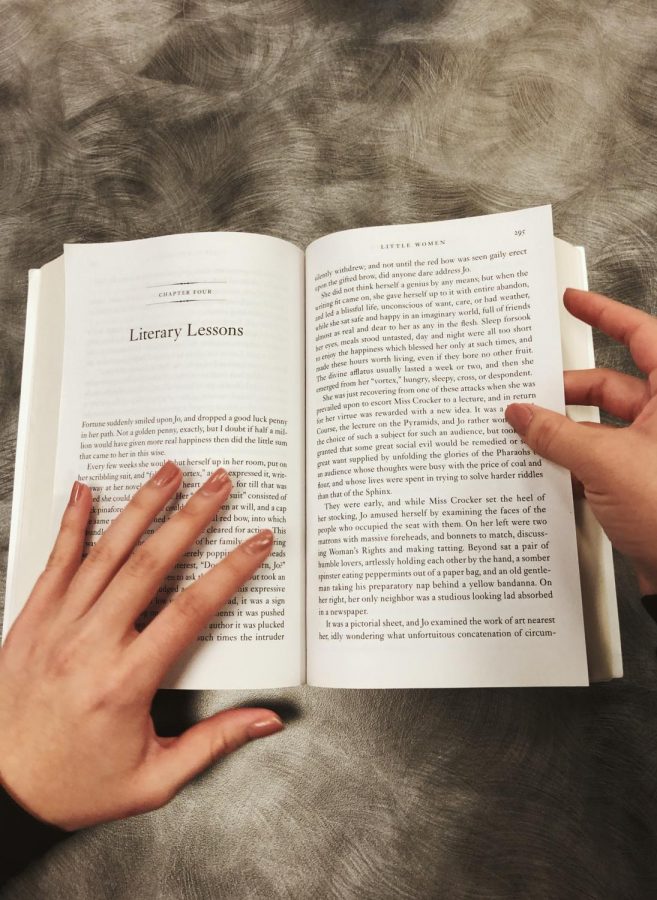 In the opening scene of “Little Women” (2019), Jo March (Saoirse Ronan) accepts five dollars fewer than usual from her publisher, Mr. Dashwood (Tracy Letts). He tells her that her kind of work typically pays between 25 and 30 dollars, but he pays her 20. Jo smiles hopefully and nods.

Director Greta Gerwig deconstructs the chronology of the book to highlight personal sacrifices, such as acquiescing to a lower pay, that women frequently made throughout the 19th century and even today. By showing Jo’s glimmer of hope and acceptance without question, Gerwig does Louisa May Alcott’s semi-autobiographical novel justice. Aside from its successful cinematography and thematic approach, the movie is lighthearted and humorous while not missing the gravity of many difficulties. More importantly, she shows through these women how past struggles in society are still relevant today.

With the deconstructed chronology, Gerwig allows the audience to see how universal and modern Alcott’s story is. The themes of the book resonate with each other throughout the movie and with her contemporary audience.

For instance, Jo sells her long hair, pretends as if it were no big deal and cries afterward. This scene connects to the opening one because she sacrifices a piece of herself for her family’s needs, as she sacrifices a bit of her pay — and her dignity — to continue working as a writer.

Jo’s sacrifices not only reflect how much of themselves women have to surrender, but they also depict the conflicting emotions of coming-of-age that are all too relatable. She insists on breaking traditional expectations of girls, but she is also sad because her hair now looks like the hair of a boy. These portrayals are true to the human experience: sometimes, one’s actions and emotions are contradictory and paradoxical, but that is how it goes. With an expectation of life as grand as Jo’s, there is a lot of pain that goes unresolved.

In each of their own personal ambitions, the March siblings share struggles of love. In the movie, Amy declares, “I believe we have some power over who we love. It isn’t something that just happens to us.” Although this declaration is not in the novel, it conveys Alcott’s perception of love.

Amy’s speech defies the romantic idea of love that it “just happens”; in truth, loving someone takes more than Aphrodite’s whispers and daily conscious choices. Jo ends up quickly marrying Professor Friedrich Bhaer (Louis Garrel) instead of Laurie (Timotheé Chalamet), but is it really easier to love a man with whom she has much in common than someone she has grown up and shared countless smiles and secrets with?

The difficult questions and controversial opinions that the movie raises are often the ones people choose not to confront, but have significant impact on their lives.

Thus, Gerwig’s adaptation calls attention to the importance of each individual’s story and is not only made for the sake of feminism. The March family alone shows many different kinds of ways women make their voices heard and the nuances that they face. These nineteenth-century motifs are still relevant to our current society, in which one faces conundrums and is forced to make difficult life decisions.

“Little Women” ultimately helps viewers to reflect on their experiences, find ways to relate to the characters and navigate their journeys.

As Alcott narrates in the book, “There are many Beths in the world.” And these women are in each of us.