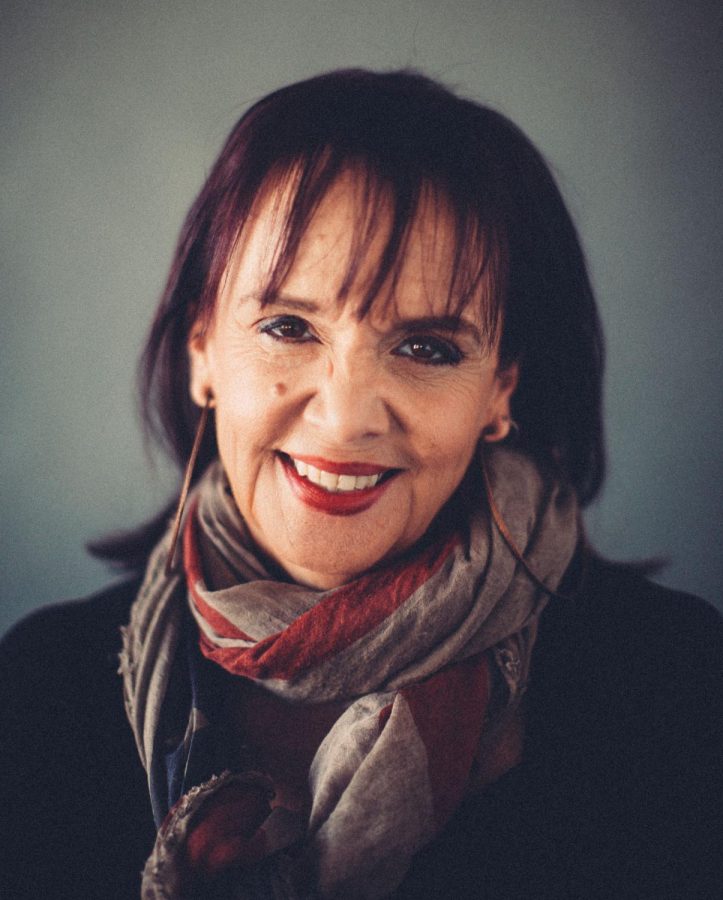 Bobette Buster is a Northeastern professor who made the documentary film "Making Waves: The Art of Cinematic Sound."

From the classroom to the camera, Professor Bobette Buster has earned respect and admiration through her distinguished work in film. Buster grew up loving movies and the stories they told. This love sparked an ambition to pursue a career in film.

Buster attended the University of Southern California’s School of Cinematic Arts and graduated in 1989. She was also only one of the 3 women in her year to be accepted into the university’s Peter Stark Producing Program, a full-time graduate program that prepares students for careers as film producers and executives. Since then, Buster has worked in Hollywood, establishing herself as a talented storyteller and consultant. He has worked with some of the biggest names in film over the years, such as Quentin Tarentino and Tony Scott. Buster’s expertise extends to movie studios, particularly animation.
She came to Northeastern in the fall of 2017  at the request of Elizabeth Hudson, Dean of the College of Arts, Media and Design, who was looking to hire someone that had worked intensively in the film industry. Buster now works part-time, teaching the Practice of Digital Storytelling. In this course, she emphasizes the importance of crafting a viable story in today’s marketplace through the use of comedy and satire.

“Short films are the movies of the future,” Buster said. The course is designed around this belief  and emphasizes the importance of short films and the film-making process.

Buster divides her time between Boston and Los Angeles, as she still lives and works in California for most of the year.  To balance her busy schedule, Buster commutes to Northeastern 4 to 6 times a semester, staying for as long as 10 days or just for the weekend.

Along with teaching, Buster has continued working as both a screenwriter and producer in Hollywood. Most notably, she recently wrote and produced a new documentary “Making Waves: The Art of Cinematic Sound.” The film examines the influence of sound in movies through the voices of visionary directors in the industry, including George Lucas, Steven Spielberg, David Lynch and Barbra Streisand. It also features sound design pioneers such as Walter Murch, who worked on “The Godfather II,” and Ben Burtt, who worked on “Star Wars”. Together, these filmmakers discuss the role of sound technology in immersing the audience in cinema.

Buster’s inspiration for the documentary was a sound design course taught by her USC film professor Jay Roach. During that course, she watched David Lynch’s “The Elephant Man” and was captivated by the movie’s use of sound. Ever since then, she’s always highlighted the importance of sound design, going so far as to create a course on the subject.

“It’s an extremely competitive industry, and the market for documentaries is getting smaller,” Buster said. “It’s hard enough to make the film, and even more challenging to gather initial attention to the project.”

While she felt a mix of stress and excitement during the process, “at the end of the day, you just have to go into it being pleased that you got there,” she said.

Buster said she hopes to bring greater attention to an unappreciated aspect of everyday life through the documentary.

“The big thing is that we take sound for granted in our lives in general,” Buster said. “Actually, it is the very first sense we develop. So, I hope people’s ears will be opened and hear the world in a whole new way.”