Why people can’t stick to their New Year’s resolutions 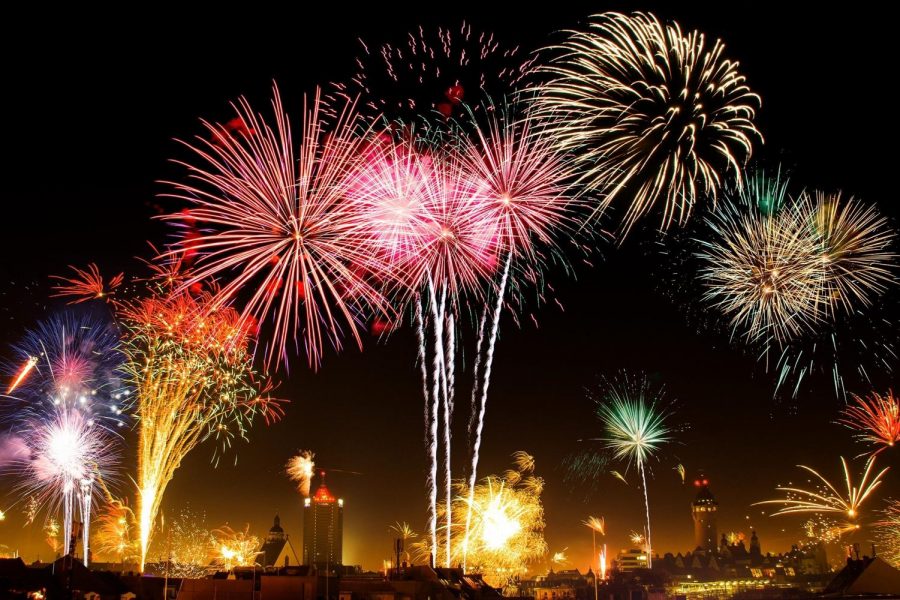 81% of people fail at completing their New Year's resolutions.

It’s the beginning of February, which means that 45 percent of people have already given up on their New Year’s resolutions, according to a study conducted by the University of Scranton.

The study found that within the first week of the year, 77 percent of people stayed on track for fulfilling their goal. This number dropped to 55 percent after the first month and only 19 percent after two years.

“People are very motivated Jan. 1,” said Jonathan Alpert, a performance coach and psychotherapist in New York City. “In the next few weeks, those resolutions are going to falter significantly.”

In total, 81 percent of people fail to complete their goal, which may be due to habits, fleeting motivation, negative thoughts and/or procrastination.

Habits are natural, human and a part of everyday life. They strengthen as we grow, making them harder to break the longer we keep them up.

“Habits are really mental associations that are formed when we repeat certain actions over and over again,” said Tara Cousineau, Ph.D., a psychologist in Boston. “It’s a process. It’s about building our small behaviors over time.”

Cousineau also talked about how people may need to make adjustments to their original goal, so they can fulfill their resolutions with more ease. For example, wears yoga pants every day, even under a dress, so that it is easier for her to motivate herself to go to yoga class.

“Yoga is non-negotiable in my life,” Cousineau said.“I’m reducing the barriers … You want these beneficial habits to become subconscious.”

For greater motivation, it’s important to imagine how change will truly benefit one’s life. When coaching people who wish to break habits, Robert Ross, a psychologist in Boston, tells his clients to “focus on what the [change] is and envision what that change is in [your] lives and how that will be expressed.”

Additionally, Alpert believes that people oftentimes do not make their resolutions for the right reasons.

For instance, many people set a New Year’s resolution that they “should lose weight because everyone else is,” Alpert said. People need to “make them more specific for themselves, not just to satisfy some trend or the people around you [or] it may not be right for you.”

Instead, Alpert advises people to better define their goals: for example, preparing for a race or trying to lose a certain amount of weight. Without a specific unit of measurement, goals can be more difficult to achieve, as people do not have some sort of finish line to cross. With more defined goals, there are stepping stones to measure the increments of success, so people can work towards their goals day by day.

“We have a limited ability, as human beings, to address change,” said Ross. “The wisdom of AA is ‘I’m going to stop drinking today.’”

There are many steps that need to be taken in order to achieve a goal, but as Ross, Cousineau and Alpert suggest, taking each resolution in small steps will help make progress.

Alpert adds that people’s own negativity often hinders their success in fulfilling their New Year’s resolution. If someone thinks, “I will not eat junk food,” rather than, “I will eat more vegetables,” they may experience more difficulty because they are denying themselves something rather than encouraging themselves to do something better.

“We all have this narrative in our head that can be empowering or disempowering,” Alpert said. “If it is a negative command, it can be discouraging.”

Many people also struggle with  starting the steps it takes to reach the goal.

“Procrastination is a fear of failure,” Cousineau said. “It’s our human inclination to avoid what’s painful. It’s not the problem — it’s the symptom. You’re afraid of not doing a good job or not being good enough.”

At other times, however, people do it intentionally for greater motivation or thrill.

“A lot of people like waiting until the last minute,” Ross said. “They like the pressure. They may be looking for some excitement in their lives.”

Cousineau said that when people think of their goals, whether it be losing weight, reducing food or alcohol consumption or improving finances, they may find more success when thinking about the process to reach the goal as a journey, rather than just an end destination.

Change doesn’t happen overnight. When someone sets out to accomplish their New Year’s resolution, one key to success is focusing on the small steps. Taking each accomplishment in small increments will help keep people motivated and create actual change.

“I think people can change,” Ross said. “People will change, and they need to give themselves a lot of support and credit when they do.”