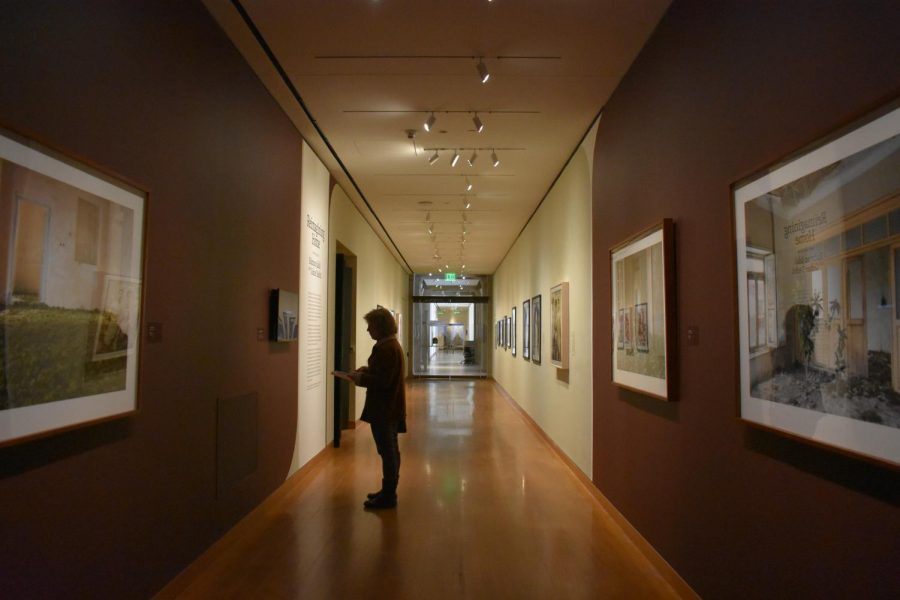 The "Reimagining Home" exhibit is on display at the MFA right now.

Man versus nature has been a common battle throughout history. However, when brought together, each element can bring out beauty from the other.

As of Jan. 11, the Museum of Fine Arts has opened a new exhibit that features the photography of two Iranian artists, Bahman Jalali and Gohar Dashti. Throughout their lives, they individually witnessed a multitude of political and social changes. Together, the photographers combine history and nature to tell their own stories in their exhibit titled “Reimagining Home.”

Jalali established his name as a photographer during the ‘70s and ‘80s, dedicating himself to the art after joining the Royal Photographic Society of Great Britain. Over the years, he has captured images of war conflicts, such as the Iranian Revolution, and he also taught at the Tehran University of Art in Iran. As Jalali’s student in the early 2000s, Dashti ultimately pushes his creativity to the next level by challenging him to incorporate elements from the world around them.

In this gallery, Dashti’s focus on architectural surroundings complements Jalali’s documentary portraits, despite their differences in style. Jalali’s black-and-white images are grim, filled with visual and emotional intensity. He uses overlapping techniques and dried flowers to add texture and depth to the story. Dashti’s images, instead, transform man-made buildings, integrating ivy or grass that infests every nook and cranny.

Jalali’s featured photographs involve layering multiple images, which create a look that is almost surreal. He stacks historical images of soldiers on top of one another, nearly displaying a true flashback in a still image. In his “Image of Imagination” series, Jalali even incorporates provocative images of women from the Qajar dynasty, which are overlaid with bright red petals for a colorful and modern twist.

The latter half of the hallway is lined with Dashti’s larger landscape images. One of her pieces features a slightly stained, yet elegantly designed white doorway, which feels unreachable due to a tall grass field that obstructs a full view of the room. Another presents a staircase that is blanketed with dull green vines that seem to flow down the stairs.

The balance of reality and nature brings out life in each environment and subject. Dashti and Jalali both add a pop of color, imagination and life into abandoned rooms and dark, serious portraits. Their similar heritage and experiences in Iran are represented in the juxtaposition of the natural world and the world we have created today.

Together, the images also reflect society’s changes. The visual dichotomy enhances how much the world has evolved. Here, history and modernity collide, posing questions about where society is today.

They capture the ideas of life and memory, using imagination to transform reality. Jalali and Dashti ultimately craft photographic interpretations of yin and yang, with man and nature equally interwoven into a single image.

Maybe the two elements are still in a battle, with nature trying to stand its ground as people try to change it. Or maybe, Jalali and Dashti show us that both can prevail.