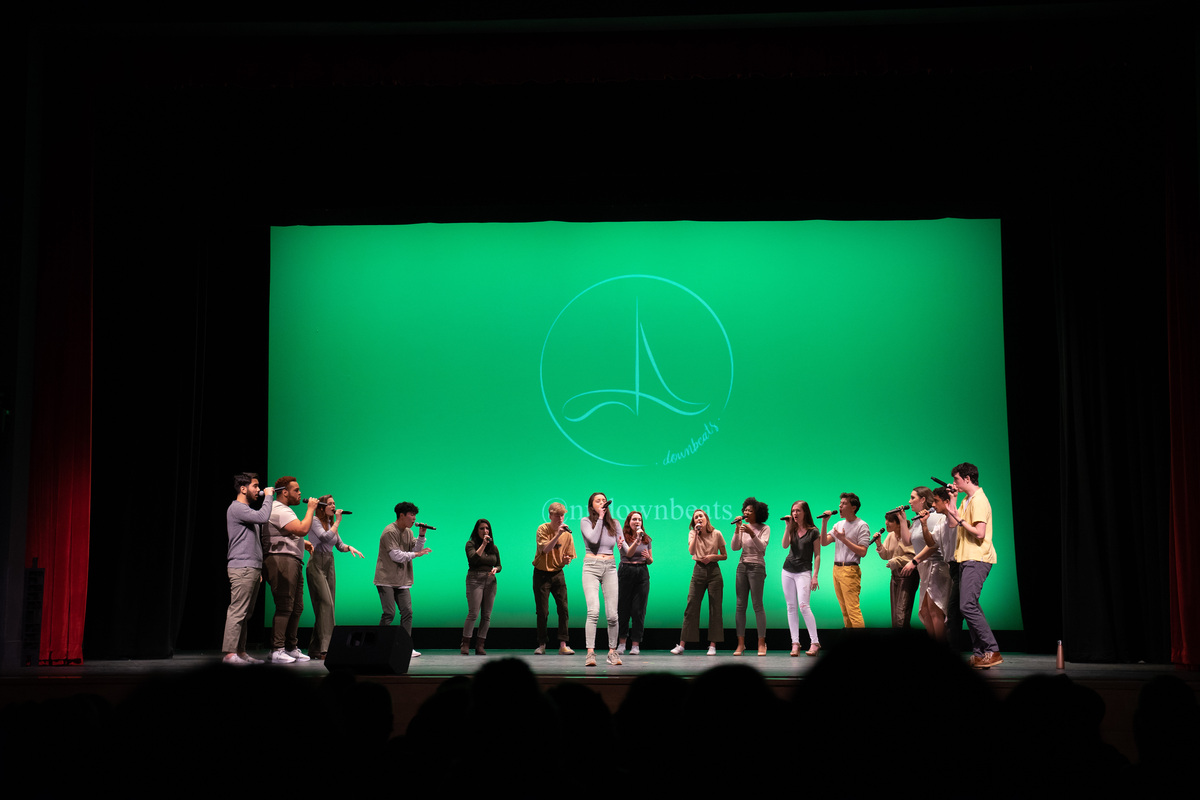 For the past few years, the Northeastern University Dance Company has held two shows every semester. This semester, however, they will only have one show.

NUDANCO is not alone. For students in performing arts groups, it has become more difficult to host shows on campus because of Student Activity Fee budget cuts and a change in the cost to book Blackman Auditorium.

The Student Activity Fee, also known as the SAF, is a $142 yearly fee that all Northeastern students pay, creating a fund of over $2 million. The SAF “provides support for student organizations, clubs and entertainment events throughout the school year,” as written on the Student Financial Services website. The SAF breakdown is determined by the Student Government Association Finance Board, which allocates the money to clubs based on a variety of factors.

SGA Comptroller David Hope said all student club budgets were cut across the board by about 25 percent for the 2020 fiscal year, or F20, which began July 1, 2019 and will end June 30. According to Hope, student groups requested $4.4 million in funding for F20 and the Finance Board granted a total of $2.5 million from the SAF.

“New clubs join the SAF every year, but the student body does not significantly increase and therefore the SAF doesn’t increase in overall size year to year,” said Hope, a fifth-year biology major.

One club heavily impacted by the budget cuts is the Ballroom Dance Club. Treasurer Luke San Antonio Bialecki, a third-year computer science major, said their budget was cut from $17,150 in 2018-2019 to $11,000 this year. The main thing this impacted, he said, was their weekly lessons.

Last year, the Ballroom Dance Club held two lessons taught by professional coaches every week: an intermediate and an advanced lesson. They can only afford one coach per week now, for intermediate lessons.

The lack of advanced lessons has caused more experienced club members to seek training at other colleges, something San Antonio Bialecki said has been very detrimental to the club’s culture.

“When we don’t have advanced lessons, the upper-level members of the club have nothing to gain from staying with Northeastern. So they travel to MIT, they pay the large club dues and they compete under the MIT name,” he said. “The team’s very fragmented as a result of not having our advanced lessons — there’s nothing to offer anybody who is more than a beginner.”

These budget cuts are not unique to performing arts clubs, but their effects are impactful because of the similarly-timed change in the cost to book Blackman Auditorium.

Located in Ell Hall, Blackman Auditorium is the largest space on campus that students can book for events, seating 988. Currently, events that are four hours or less cost a flat rate of $1,400, including an hour before and after the event for setup and breakdown. Each additional performance hour costs $375, and rehearsals in the auditorium cost $100 per hour.

Holly Emanuelli, associate director of operations for Blackman Auditorium, said that in previous years the price was $1,440, but was “often negotiated.” The cost is now a set price that cannot be negotiated. Multiple student groups that spoke to The News said their cost to use Blackman increased from last year.

“Campus resources become more expensive year to year — in each academic and calendar year we are asked to do more with less,” Hope said about the price increase.

Luccarelli said NUDANCO is only able to have one show in Blackman Auditorium this semester due to scheduling issues, but that they would not have been able to afford two shows if given the option because of budget cuts and the price increase.

”We didn’t have to be the ones to make the decision to only have one show,” Luccarelli said. “But I think that had it been our decision, it would have been a challenging one to make.”

Becca McBrayer, vice president and former treasurer of the Downbeats, a co-ed a cappella group, said the cost to book Blackman Auditorium this year was more than what they expected.

“We requested however much the quote said from last year, and then when I went to go talk to my program manager, she said, ‘Request more, the price is going up,’” McBrayer said.

The Downbeats paid $2,100 to use the auditorium for AllCapella, an annual showcase of Northeastern a capella groups that the a capella teams rotate hosting each year. Distilled Harmony, the 2019 hosts of AllCapella, paid $1,204 for the same event.

This year, the Downbeats requested $2,255 from the SAF fund for use of Blackman Auditorium, as well as other spaces like Curry Ballroom. They were approved for $1,775, $325 more than what the cost was for just Blackman Auditorium.

As a result of Blackman’s cost increase, the Downbeats rearranged their budget and cut back on other expenditures, according to McBrayer.

“We’re recording a single this semester and we’ve had to really cut down the budget for it because we had to move what we had approved for it to Blackman,” McBrayer said. “There’s a lot more planning that has to go into everything.”

Luccarelli also described a shift in priorities. She said NUDANCO’s need to fundraise has caused other company priorities to fall to the wayside.

“Right now, our emphasis has been more on fundraising than it has been on things to help better the company, which is kind of disheartening because we are a dance company and we would love to be putting our energy and our efforts into things like different opportunities and different ways to bring company members together, and get us out performing in different parts of Northeastern or the community,” Luccarelli said. “But right now our focus has been on fundraising.”

Luccarelli said NUDANCO is unsure if they can currently afford extra elements that they are used to, such as a photographer and videographer, show shirts, gifts for lighting designers and posters. She also said the transition from two shows to one has been a difficult adjustment.

“It’s a little sad — we love having a full show day. We love being able to have two different opportunities for people’s families to be able to make it. It’s always during finals week, so to be able to offer friends two different times in the day [is nice]. So, it’s a bummer,” she said.

Some club leaders like San Antonio Bialecki are concerned for the future of their club.

“Our club is literally going downhill right now, because people are either going to other schools or quitting because they have no one to dance with,” he said. “If we can provide the advanced lessons, more people come to stay and compete with us.”

Kayla Pinzur, president of Kinematix, said the urban dance troupe was also impacted by budget cuts. For their spring show Bodies in Motion, Kinematix did not receive any funding this year, Pinzur said.

“We definitely were cut in a lot of areas … we used to always be funded for t-shirts for our shows, but we weren’t funded this year. We were funded for videography, but this year they didn’t fund us for videography at all,” said Pinzur, a fourth-year physical therapy major. “We have to do way more fundraising this year than ever, and a lot of money has to come out of students’ pockets.”

However, Pinzur said she thinks they weren’t hit nearly as hard as other groups because their fall show, FUNK’tion, brings in a lot of money through external ticket sales.

Both Kinematix and NUDANCO said that although the financial burden has been stressful, it has not had a large impact on the overall morale of the group. Although the changes have been sad, Luccarelli said, she is grateful for how the company has rallied together.

“The company’s been so great about understanding and being flexible with us … There’s a lot of positivity and there’s not a lot of contention or anything surrounding that,” she said. “Everyone is just rallying to do the best we can to have as many of the elements as we do in a typical semester.”

Editor’s note: The News’ City Editor Laura Rodriguez is a member of the Downbeats.

Mike Puzzanghera contributed to this article.