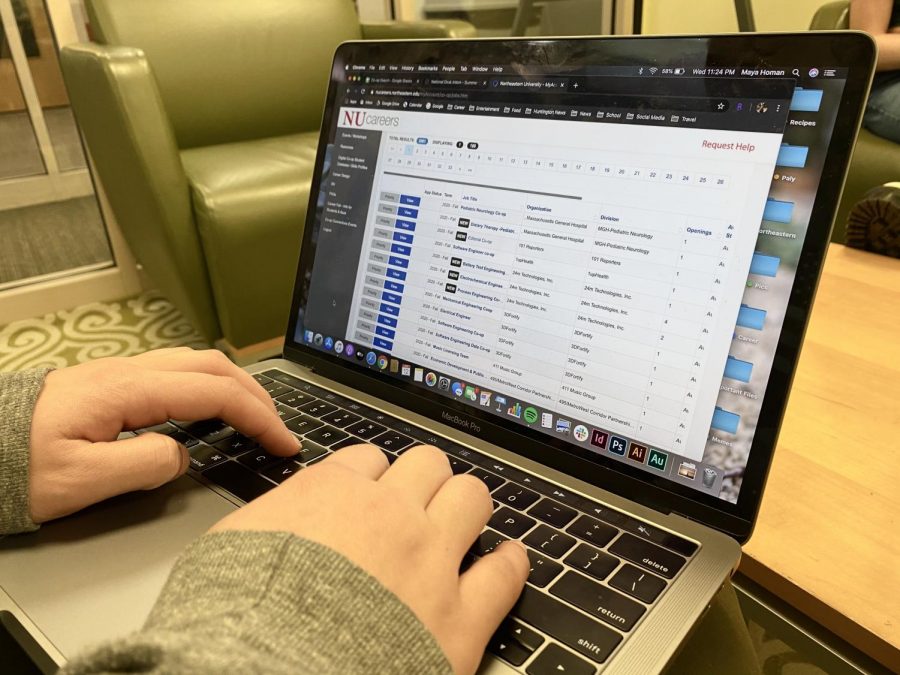 I’ve known from a young age that I wanted to pursue writing as a career. Since I was about 8 years old, it’s one of the things I can remember being good at and excited about. However, I feel like it’s a running joke among journalists and authors that unless someone is highly skilled or successful, they don’t typically make as much money as those who chose to pursue high-paying engineering or medical careers.

Like many students here, a large part of the reason I came to Northeastern was its co-op program. While I was growing up, others complained about the difficulties of getting a job post-graduation without prior work experience, and thinking four or five years ahead seemed like a nightmare. For me, going on co-op means being able to improve my chances when the time comes for the intimidating job search.

I’m now on the verge of my first co-op, and it has been extremely exciting and fast-paced. My friends back home are searching for summer internships and shooting me potential positions over text that might be of interest, but I’m happy to peruse six-month options instead like most of my fellow peers. While I scroll through marketing and editorial jobs on NUCareers on what feels like a nearly daily basis, I’m overwhelmed by all the opportunities, coming across big name companies, pondering the possibility of working at companies like Netflix or NBC Universal, for example.

Most opportunities are well-rounded. The company is based in a good location, the responsibilities sound manageable and the deadline is far enough away that I have enough time to procrastinate on my applications. I’ll get my hopes up and hover my mouse over the “priority” button in the top left, which would save the job for future reference. Then I’ll scroll to the bottom where the wage category sits and feel my mood shift as it sits as a zero.

Zero can mean one of two things on NUCareers: The company forgot to fill out the wage portion and it actually is a paid position, or it’s unpaid. Some jobs also provide compensation in stipend form, which is better than nothing, but some students have found after doing the math that some of these stipends equate to working for around $6 an hour. That is less than minimum wage.

Money isn’t everything, but for a lot of students it is a factor in their co-op search. When I look to my fellow engineering or business counterparts, I feel slightly frustrated since business majors have to take paid co-ops. Ideally, all majors would be required to accept paid co-ops, but I understand why this is not a possibility. It often feels like students in the College of Arts, Media and Design and College of Social Science and Humanitiesare getting the short end of the stick. It is an internship after all, and I understand the idea of being grateful for the experience, but I think many students look forward to making their first big paycheck if given the chance.

Co-op may even allow some students to gain a little more independence from their parents. I know personally that I feel better spending money when I know I’ve worked for it, and I think many other people would agree. If co-op is supposed to imitate the “real world,” students should be paid like it. They’re working full-time jobs and in many instances living in expensive cities to do so. NUCareers should be reformatted to help those students who are looking for paid opportunities, utilizing it as a filter option since it doesn’t appear as an option already.

I realize that the opportunity a job presents is my first priority in terms of co-op selection. If I were to land the most rewarding experience of a lifetime working for my dream company, I would take it, pay or no pay. I also recognize my privilege in even considering an unpaid position in the first place since not everyone is able to do this.

However, I view Northeastern as a return investment. Maybe it’s idealistic to think that I will make more money than I’ve already spent for my education, but it doesn’t hurt to aim high. Everything I do here will hopefully contribute to building up a future that will aid me in repaying my parents for their help in sending me to school. Part of that return investment would be making money on co-op while not having to pay tuition for a semester. That way, I feel like the costs would balance out, or at least remain stagnant for a while to help me avoid a tower of student debt. To those who are able to take unpaid co-ops, I respect them. To me, it doesn’t make sense.