One Year of Aging Strong: Boston’s Initiative to Empower the Elderly 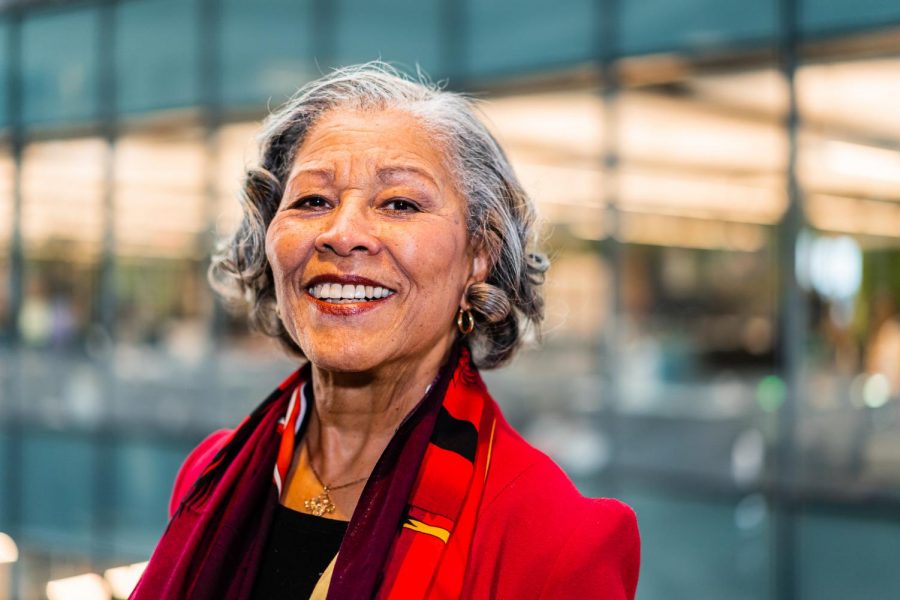 Smiler Haynes, a model for the Age Strong campaign, works as a fashion designer in Boston.

More than 11 percent of Boston’s population is made up of people over the age of 65. Mayor Martin J. Walsh’s Age Strong Commission, launched last January, could affect roughly half a million Bostonians.

According to the commission’s official web page, Age Strong provides “meaningful programs, resources, and connections” to better the lives of older citizens and make Boston a more age-inclusive city. A public awareness campaign of the same name intends to combat age-related stereotyping and encourage a more positive perspective on aging.

“Older Bostonians add so much value to our communities by lending their voices, talents and experience every day,” said Age Strong Commissioner Emily Shea. “At the Age Strong Commission, our role is to make sure older residents have access to information and programs that allow them to continue to thrive, contribute, and age strong in the city of Boston.”

Irene Morey, a 103-year-old Charlestown resident and model for the Age Strong Campaign, learned about the commission through a magazine and quickly decided that she wanted to join the mission.

“I’m going on 104 in February, so I thought I would get involved with the elderly and see how they’re doing,” she said.

In the year since the Age Strong Commission was set in motion, Morey has frequented its functions, meeting many members of Boston’s older community.

“Seeing the new-age elderly and how they’re living now, they’re really, you know, together.” Morey said.  “A lot of people associate elderly people as dull, but I found them otherwise.”

The notion that the elderly are uninteresting, helpless or weak is precisely what the commission is aiming to counteract.

Boston already has a department focused on meeting the needs of its older residents — known for over 50 years as the Commission on Affairs of the Elderly — but the launch of Age Strong demonstrates the city’s intention to prioritize its senior community.

“Within the last year, we rebranded as the Age Strong Commission and launched a public awareness campaign to better reflect the people we serve,” said Cassandra Baptista, communications director for Age Strong. “We heard from older residents that they appreciate when they are looked at as strong and experienced, so we put it in our name.”

The campaign features eight older Boston residents battling the stigma related to aging. Adjectives like “cranky,” “senile” and “helpless” are juxtaposed with photos and biographies of older Bostonians, such as Morey, who are anything but.

Smiler Haynes, another representative of the Age Strong Campaign, is not only an active member of Boston’s elderly population, but she also contributes to the greater Boston community. She still works as a model and fashion designer in the city.

“I facilitate some senior groups at my church, and I participate in the global community center, and was also president of the Roxbury YMCA Seniors on the Move [program] for seven years,” Haynes said. “I wanted to help make the activities that the city offers more visible to all seniors in Boston, so they could realize the good things that can come from participating.”

The Age Strong Campaign has been active for a full year now, but it still hasn’t caught everyone’s attention. Constantine Dokos, a doctorate physicist and computer architect who has lived in the Boston area since the 1970s, said that while he wasn’t familiar with the commission, he believed that the initiative was worthwhile.

Even for older Bostonians who are not yet aware of the available programs and benefits, living in the city is still enjoyable.

“I am aging myself,” Dokos said, “and I find the environment around here welcoming to people of my age.”

Though the age-inclusive movement is spreading across the U.S. — with commissions like New York City’s Age-FriendlyNYC and Portland, Oregon’s Age-Friendly Portland and Multnomah County making a serious effort to prioritize their respective aging communities — few commissions focus on programming intended to empower older community members in the way that Age Strong does.

“I believe in what Mayor Walsh is trying to do, and what he is doing successfully, giving the seniors a real opportunity to continue to age strong with all these activities and different programs,” Haynes said. “Seniors move down South ‘cause it’s warm, and then they realize they don’t have all these amenities that they took for granted [in Boston]. Seniors are really lucky in Boston.”