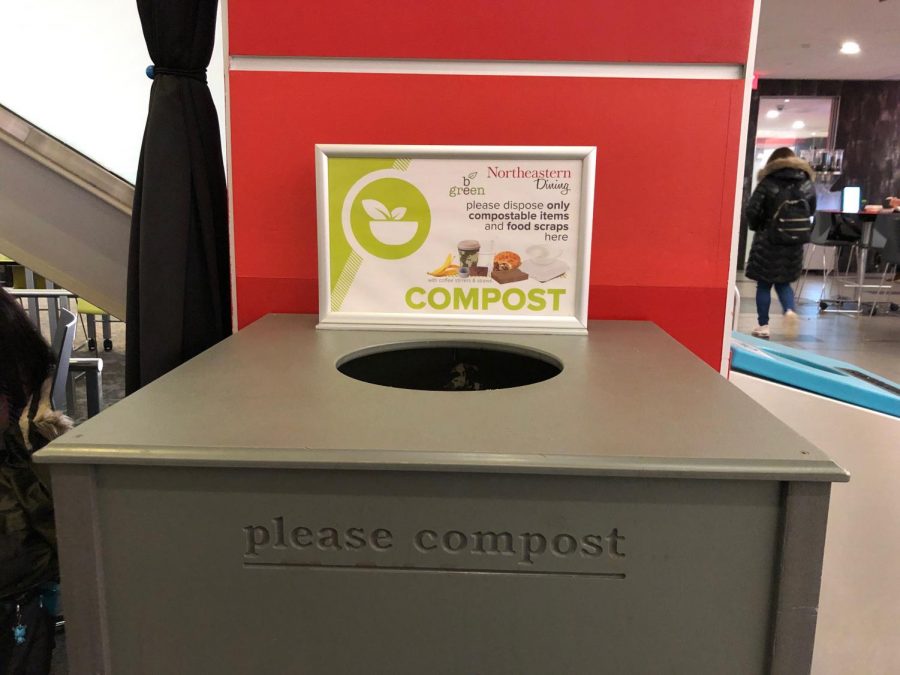 Composting at Northeastern University, or CANU, is promoting composting around campus.

Composting at Northeastern University, or CANU, is hoping to be accepted as an official student organization in the upcoming fall semester.

The mission of CANU, according to founder and fourth-year finance major Rebekah Davis, is to get students more access to composting sites and resources in dorms, at school events and in the dining hall.

Davis started composting from her West Village dorm room during her second year through an outside composting service, City Compost. They collect food scraps and create “high quality” compost, which is contributed toward food production.

After a while, however, Davis saw a need for there to be more composting resources on campus.

“[Northeastern] has made composting efforts in the dining halls, which is really great, but we really want there to be availability all over and especially in the dorms, so that it really becomes a part of students’ lives,” Davis said.

The club plans to host speakers and make instructional materials to hand out or post in the dining hall to educate the student body on how to compost at home. Their first general meeting will take place this Thursday

”We want to ask what other people want to see from us.,” said co-director of external relations of CANU, Joy Lustig, a third-year chemical engineering major, “We already have a lot of ideas, but ultimately, we want to be a club that speaks for the masses.”

Davis had similar thoughts about the primary mission of the club.

“I hope there’s more awareness about what composting is and why we should be doing it,” Davis said. “By now, most of us know that when you drink out of a plastic water bottle, you put it in the recycling bin. In the same way, when you eat an apple, I want people to think about putting it in the compost.”

Davis was awarded a United Nations Millennium Fellowship, which is a semester-long leadership development program for students looking to take their own social impact to the next level on campus.

The idea for the club was already in Davis’ mind when applying for the fellowship, and the benefits from it allow her to actualize her ideas. CANU was initially formed as a part of the Husky Environmental Action Team, or HEAT, as one of their “incubator groups.”

However, as time went on, Davis saw how many people were also interested in getting more composting resources and materials available on campus. Davis said that turning the project into an official club was a process that happened organically.

“I always thought I was so weird for wanting to compost,” Davis said. “But since getting the word out, I’ve found so many people who are passionate about making this happen,” Davis said.

According to co-director of external relations, Charlotte Collins, a second-year environmental studies major, getting their club established has had its fair share of challenges.

“For example, we got to find the money to provide bins for people, and have a way for the compost not to smell and not get contaminated because they will be sitting in the dorms,” Collins said.

Currently, CANU has market research classes helping them collect data on “how students want to compost,” which they will then present to university administration as proof of student support.

“I have gotten to learn so much about how Northeastern operates as an institution,” Davis said. “I’ve gotten to see how the administration really does want to incorporate more sustainable practice onto campus. But, as with everything, if you want your voice heard, you need to show up.”

During their first meeting, the club will host a speaker from Black Earth Compost, which is the municipal composting service for Boston. Black Earth is dedicated to collecting food scraps from all over eastern Massachusetts, composting it themselves and returning it back to customers or selling it to garden centers.

The leaders at CANU hope to continue to rally support for the cause that they are passionate about, so they can educate people on the importance of composting and how they can do it the right way.

“This club will be a good place to meet like-minded people,” Collins said. “It’s also just a really good way to make a small change in your life that will have a big impact on the environment.”