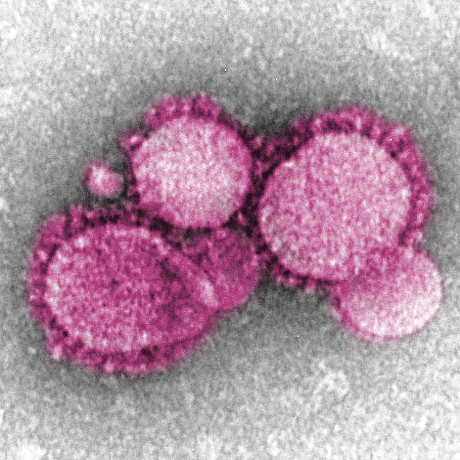 The illness caused by the novel coronavirus was named Coronavirus Disease, or COVID-19, in February.

On Feb. 1, state health officials confirmed Massachusetts’ first case of coronavirus, or, COVID-19, making it the eighth to appear in the United States — the number of cases has since increased to 15. The infected person was identified as a male student in his 20s at University of Massachusetts Boston, who returned from Wuhan, China, where the virus originated.

Jack Davis, a current undergraduate student at UMass Boston, said he was worried to hear about the infection.

“I was definitely nervous at first because I knew my school had a decent amount of international students,” Davis said. “Once I learned a little bit more about [the virus] though, I realized it wasn’t anything to freak out about.”

Davis changed his mind after he saw a chart his friend shared on Snapchat comparing myths and facts about the virus. The chart said that much of the fear surrounding the virus is “fueled by racism and xenophobia, not evidence or practicality,” emphasizing the dangers of misinformation and racism.

The graphic also referenced deaths caused by the flu, which are mainly in China, corresponding to many public health officials’ statements that point to a higher chance of getting the flu than coronavirus. However, according to the Chinese Center for Disease and Control and Prevention, or the Chinese CDC, the death rate of COVID-19 worldwide, 2.3%, is higher than the death rate of flu in the States, which is 0.1%.

Brandon Brown, an epidemiologist at University of California Riverside, commented on the mass hysteria surrounding the news of the outbreak in the U.S.

On KCBS Radio, Brown commented on how the word “pandemic” on mass media and the novelty of the virus incited public fear and anxiety.

“Instead of learning about what’s actually going on with the influenza pandemic, people are focusing on the novel coronavirus,” he said.

City Councilor Michelle Wu, who attended the annual Lunar New Year parade in Chinatown on February 2, also spoke about the issue of misinformation regarding the virus.

“Everyone wants to be safe, everyone wants to protect themselves and their families. But in an instance like this, we have to be very careful not to let this spill over into assumptions about an entire race of people or people who look a certain way,” she said.

Catherine Brown, an epidemiologist from the Massachusetts Department of Public Health, said that the mass hysteria generated by the news of the virus spreading is not as founded in facts as people believe.

“There is no community-level circulation of novel coronavirus in Massachusetts or anywhere in the [United States],” she said. “Therefore, there is no reason to avoid any public activities at this time.”

According to the World Health Organization, or WHO, more severe symptoms of COVID-19 include pneumonia and respiratory difficulties and in rare cases, death. “Novel” coronavirus, the designation for the virus prior to its official christening in early February, indicates that it is a new strain of coronavirus that has not been previously identified in humans. WHO’s guidelines for prevention advise that people only need to wear masks if they are taking care of an infected person.

According to the CDC, many patients of the initial outbreaks were in contact with seafood and animal markets. However, a study from The Lancet found that many initial patients had no contact with “game meat” or seafood markets, suggesting that the virus has no clear origin besides the location of Wuhan.

The New England Journal of Medicine or, NEJM, found that 55 percent of many initially confirmed cases had contact with the Huanan Seafood Market in southern China and that the virus has a reproductive number of 2.2, meaning that 2.2 people would be infected on average for each contagious person. Further, most initial infections were spread within the hospital, rather than in the public.

The infected UMass Boston student reportedly self-hospitalized immediately after he noticed symptoms, so public health officials have said that the risk of transmission to the public is very low.

Currently, the CDC emphasizes personal hygiene protections such as proper hand-washing for at least 20 seconds, keeping unwashed hands away from the eyes, nose and mouth and covering coughs.

The information provided by public health officials and scientists points to a lack of any real danger to Bostonians despite the confirmed case in the city.