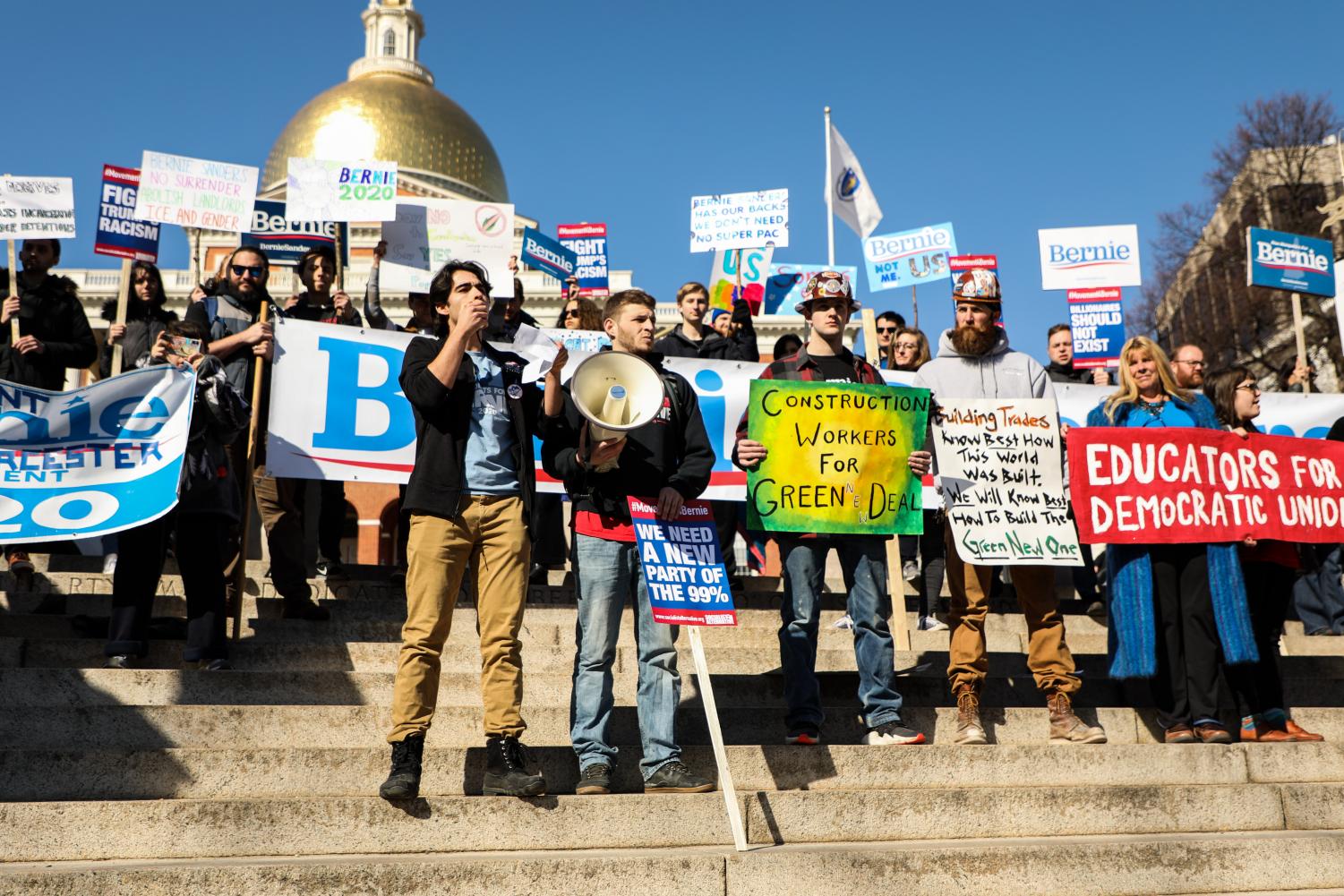 Ryan Costa speaks to other marchers from the State House steps. (Elisa Figueras)

Ryan Costa speaks to other marchers from the State House steps.

Last Saturday afternoon, Bernie Sanders supporters gathered in front of the Massachusetts State House for a march organized by Socialist Alternative, an organization committed to Sanders’ campaign and the creation of a new working peoples’ party.Members of Socialist Alternative and Huskies for Bernie, an organization promoting Sanders’ campaign on Northeastern’s campus and in the Greater Boston area, both noticed a key difference between the 2016 and 2020 elections. Many of Sanders’ policies that were seen as radical four years ago, such as Medicare for All, the Green New Deal and the cancellation of student debt, have become mainstream according to sources like The Hill, in the lead up to the upcoming election.

“We’re seeing [Bernie] be more bold and progressive, which matches what people are ready for,” said Carey Howard, Northeastern University alum and member of Socialist Alternative for the last year and a half. “There’s an opening for the ideas of socialism that was wider than 2016.”

Matthew Burchfield, a member of Socialist Alternative and Huskies for Bernie, sees Sanders’ 2020 campaign as stronger and better organized than in 2016.

“Bernie calls himself organizer-in-chief,” Burchfield said. “He’s an organizer, not a politician.”

Despite better organization, Sanders’ attempts to attract nonvoters to the election have been unsuccessful. According to the New York Times, the share of the electorate made up of first-time Democratic voters in the Iowa, New Hampshire and Nevada primaries was smaller than in 2016. Sanders is gaining traction, not by expanding the Democratic base as he had hoped, but by broadening his appeal among traditional Democratic voters.

“We purposefully make it open,” Nissan said. “We want everyone to take action.” 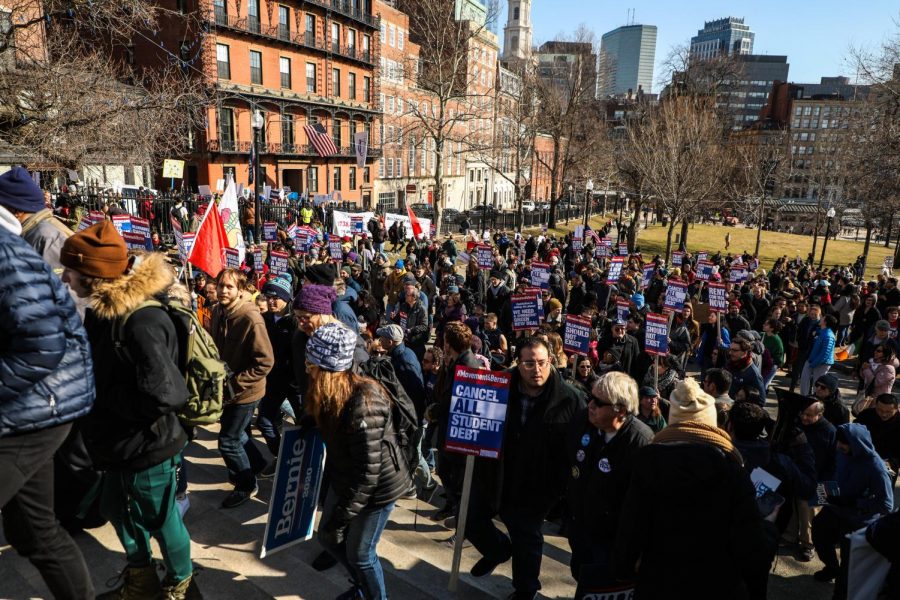 Speakers at the event provided a call to action,  like second-year political science, philosophy and economics major Ryan Costa and third-year business administration major Julia Jaime, two members of Huskies for Bernie. Jaime, who supported Sanders in 2016, pinpointed that election as the impetus for her political involvement.

“Bernie has said the same things for years,” Jaime said amid cries of “Bernie beats Trump.” “It shows character. People say he’s a broken record, and I’m like, ‘That’s the point!’”

Sanders’ support of the Green New Deal, a congressional resolution proposing an extensive plan to address climate change, was repeatedly cited by rally-goers as a crucial motivation for their support. Students from Sunrise Northeastern, a new organization on Northeastern’s campus, attended the rally. Its national organization, Sunrise Movement, has endorsed Sanders for president and is founded on the goal of stopping climate change while creating millions of jobs in the process.

“Bernie has the best climate policy,” said Maya Krause, the hub coordinator for Sunrise Northeastern. “He takes into account environmental injustice and measures needed to address it.”

Krause also noted that the general focus of Sanders’ campaign, whether related to climate policy or otherwise, is helping foster a healthier and more equitable world.

The rally was a first step in Sanders’ Massachusetts campaign, as well as a step towards achieving Socialist Alternative’s long-term goal of forming a new working people’s party. Blaze Travis, an ironworker for Boston Local 7 and a featured speaker, pointed to the disparity between who creates and who controls the economic value in society and hopes for a wake up call to working people.

“Unions started because workers were at the will of their bosses,” Travis said. “The power in society comes from us: the workers.”

Travis referenced the 2008 recession and its lasting effects as evidence of the imbalance between the “ruling class” and average workers.  This sentiment was reflected among rally-goers as the march stopped in front of the Bank of America headquarters with cries of “corporate greed has got to go.”

Chants from the large group of marchers rang from the State House to Dewey Square. However, members of Socialist Alternative said they understand the difficulty Sanders, if elected, will face when trying to enact such immense structural change at the national level. Howard emphasized that their hard work will not end with Sanders’ campaign.

“Organizing people now is critical,” Howard said. “Regardless of what happens we can catalyze that energy.”