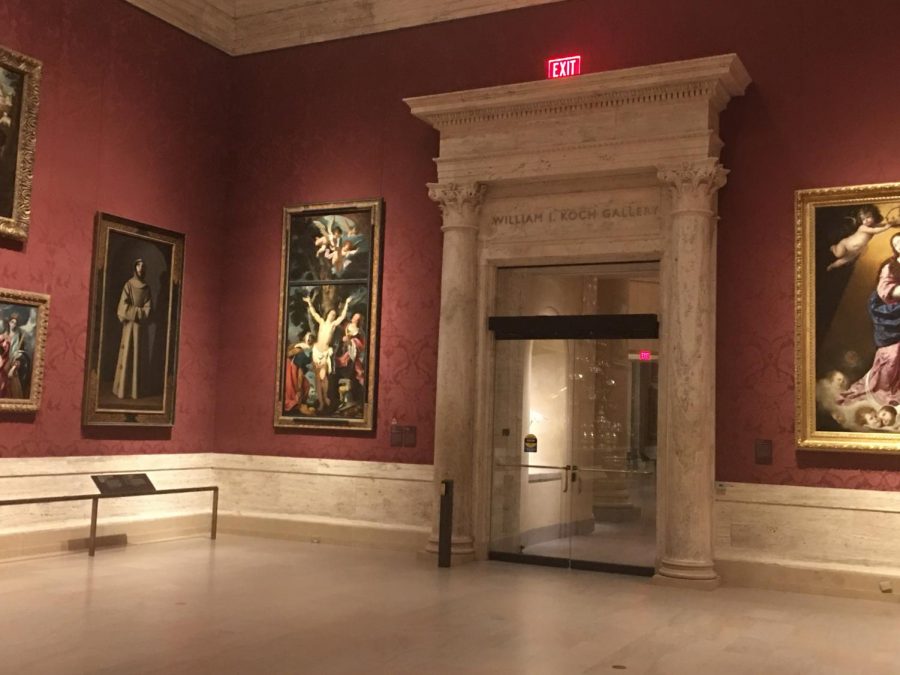 “You would think it wouldn’t make sense to sexualize Jesus Christ on the cross, but then you wouldn’t be a Renaissance painter,” said Professor Andrew Lear, the leader of the Queer Secrets of the MFA tour.

On March 4, a group of roughly 25 visitors was led to the “sexiest Jesus,” a painting that hangs in the Museum of Fine Arts, or MFA, a stones throw from Northeastern’s campus. Lear led the group to artist Rosso Fiorentino’s “The Dead Christ with Angels” as part of the Queer Secrets tour of the MFA, where he described queer elements of artwork that were painted long before the word “queer” was created.

Lear described many pieces of Renaissance art that had more of a queer presence than one might notice at first, particularly since at the time the artwork was created, homosexuality was criminalized and often punishable by death. Regardless, Lear was quick to point out that sexuality, gender or identity have not always been so scrutinized, which becomes apparent when looking at ancient Greek or Roman artwork.

“Greek and Roman culture each had very different relationships to same-sex love from ours,” Lear said. “In fact, it’s a pretty major theme, particularly in Greek art, but also Greek literature. It’s all over ancient Greek culture.”

Beyond Jesus, Renaissance painters took advantage of other scenes featuring potentially scantily-clad biblical figures. One example, of which the MFA had multiple depictions, was the story of Saint Sebastian, who was stripped naked and shot with arrows for being a Christian. According to Lear, the story of Saint Sebastian led to numerous paintings of the saint with limited wounds and limited clothes.

Lear also noted that the “concept” of being gay long outdates the word “gay,” which is evident by looking at artwork from numerous ages and studying the lives of the artists responsible for it. By exploring the art from ancient times, Lear believes his tour can inspire new perspectives.

“The museum tour is sort of opening it to look at it in many different periods and also bringing it to a bigger public,” he said.

Typically, Lear’s MFA tours focus heavily on Ancient Greek and Roman art, of which the MFA boasts a particularly strong collection, especially when focusing on content relevant to his tour.

“One of the reasons the MFA has so much LGBT stuff is that a couple of the big 19th century donors were what we would call gay. They were very interested in ancient Greek culture, which of course has a really high level of prestige in Western culture,” Lear said, alluding to letters, writing and court records that supported his theories. “They were interested in pushing the public to recognize this aspect of Ancient Greek culture. The MFA is probably the strongest, although every ancient Greek collection has some stuff about same-sex relations, the MFA is probably the strongest anywhere.”

Lear described the museum as a “champion of gay art.” His book, titled “Images of Ancient Greek Pederasty: Boys were their Gods,” which focused on vase paintings of pederasty, had 13 of its roughly 130 images come from the MFA, a large proportion considering he sampled museums across the world for the book.

Since the MFA’s extensive Greek and Roman collection wasn’t accessible, Lear shifted the focus of his tour to more recent works, relatively speaking.

“I come from an art historian background. I’m not an art historian, but I have some knowledge of the subject,” said Jesse Kahn, an instructor from Montserrat College of Art who was a part of the tour group. “It was fun to see someone else’s perspective on what they thought was interesting. Some of the themes that he was talking about in terms of Greek and Roman art were sort of subjects that I knew were [LGBTQ affiliated].”

Lear’s tour weaved primarily through works from the Renaissance time period, where Lear explained how depicting biblical scenes featuring nudity allowed painters to create sexually charged paintings during an era where they otherwise would not have received acclaim. That is where “sexy Jesus” comes in.

“How would we know?” Lear said, in response to a question of how the painting wasn’t considered blasphemous. “How they got away with it, I don’t know.”

“It was interesting, hearing all the different stories of the [paintings],” said David Fernandez, who attended the tour. “I might not look at Jesus on the cross the same way again.”

Lear conducts over a dozen museum tours a semester and also brings a similar tour to the Metropolitan Museum of Art in New York City. He also founded Oscar Wilde Tours, which focuses on showcasing gay history in a variety of different settings.

“I tend to find if you want someone to think about something, it’s better not to really directly talk to them about the connections to the modern world,” Lear said. “Just let them absorb and start to try to put their thoughts about sexuality and gender back together after you blow them apart.”