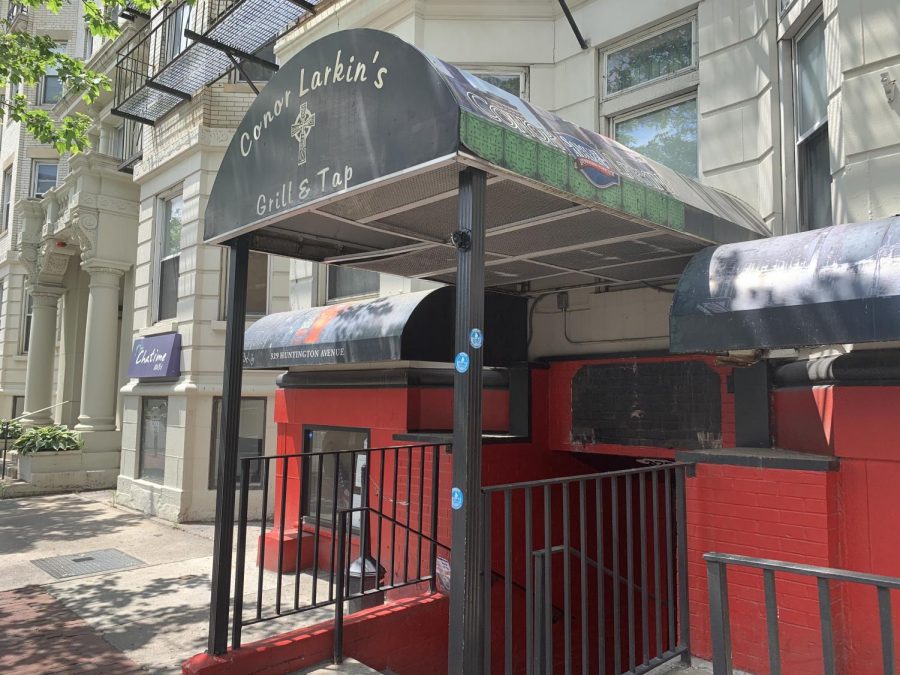 Conor Larkin's has been closed since March 17 due to the COVID-19 pandemic.

Conor Larkin’s is closing permanently, its owner told The News Tuesday. The bar, a Northeastern favorite, sat less than a block from Krentzman Quadrangle on Huntington Avenue and has been closed since March 17 due to the COVID-19 pandemic.

When a reporter from The News walked into the subterranean barroom on Tuesday, the walls were bare and two workers were inside. One of them identified himself as Peter and said he owned the building, though he refused to provide his last name. A bar manager later told The News that the man’s name is Peter Kaufman. The owner of the bar, Chris Walsh, told The News in a phone call that the bar is indeed closing for good.

“It’s a sad day on Huntington Avenue,” said Walsh, who opened the bar in 2002. “I want to thank the Northeastern community for all the memories, all the great people who came through the door. It’s a sad, sad day.”

He said he tried to keep the business alive, but the pandemic shutdown coincided with the bar’s busiest time of year and the losses were too much to overcome. He said St. Patrick’s Day, the Boston Marathon and Northeastern’s last day of classes are among the bar’s most profitable days of the year, and the door was closed for all three this year.

“I hope people understand this was financial,” Walsh said. “This was my life. For three months I tried to make it work. I couldn’t recover.”

Several Northeastern-adjacent establishments have closed in recent years. In 2018, Gainsborough Street dive bar Our House East closed, though it later reopened in a rebranded form. A bar at the intersection of Huntington Avenue and Parker Street, Punter’s Pub, closed its doors in 2019. And in the heart of campus on Forsyth Street, the sandwich shop Chicken Lou’s served its last lunch in the spring of 2020.

Conor Larkin’s is the latest in a line of old Northeastern community gathering places to close, and students and alumni lamented the loss on Twitter after the news broke.

“Just when it seemed like things couldn’t get any worse,” tweeted NU alumna Emily McCarthy.

Another alumna, Megan Cavanaugh, quote tweeted the news with some song lyrics:

Walsh, the owner, said he isn’t sure what he’ll do next.

“The unknown is scary,” he said. “I’m 46 years old and I was planning on retiring on this place. It’s sad what COVID did to Boston and the country. And I know I’m not alone.”

This is a developing story and will be updated as more information is known.