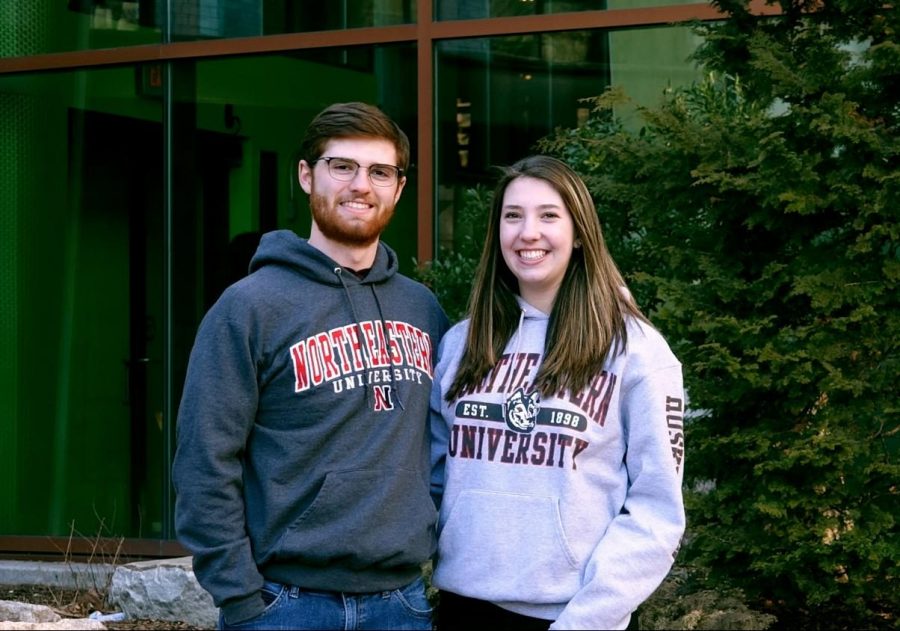 Updated at 10:15 am June 18th to include additional responses from SGA President Chris Brown in response to claims made in the article

Updated at 8:15 pm June 19th to include statements from James Lyons, co-founder of the Northeastern Students of Color Caucus

When Director of Diversity, Equity and Inclusion Sade Adewunmi released her statement on Black Lives Matter and Northeastern’s response to the movement, she received great praise from students who felt their voices were finally heard and echoed by their Student Government Association, or SGA.

What students did not realize, however, was that the release of the statement itself was disorganized and unplanned, leading to disagreements among leadership and resignations. Some members of the SGA cabinet also claim their colleagues have obstructed their work against racism.

Adewunmi’s statement, as emphasized previously by her and other members of the cabinet, was meant to be a reflection of her thoughts and not the cabinet’s, or SGA’s as a whole. This fact caused delays in the release of the statement itself. However, Adewunmi believes that if the statement is being supported by students, then it should be the stance of the association.

“Who cares if the 11 people, whether incoming or outgoing, see this as a statement for them when their entire student body is behind them saying, ‘Thank you for finally putting voice and words to what I’ve been feeling,’” Adewunmi said. “When you have students so overcome with emotion to finally feel heard, how can we say that this isn’t the association’s view?”

Adewunmi felt that she was silenced by other members of leadership because they were worried about protecting relationships with Northeastern’s administration, rather than prioritizing the release of a statement on the national movement and the issues regarding race on campus.

“It’s a more covert form of silencing,” Adewunmi said. “[They were saying] ‘We stand with your words, but your words are a little too loud. Is there a way to quiet them so we don’t ruin administration relationships, but we still try to voice concerns by the students?’ And you see that in the fact that it took us a very long time to make a statement.”

SGA’s inaction led to the premature release of the statement on the association’s website and social media platforms. This was done without permission from the remainder of the cabinet and led to the statement being taken down. Vice President of Student Affairs Erykah Kangbeya confirmed these claims.

“[Adewunmi] worked with our executive director of communications, which as a result [of] all this, resigned, but she worked with him to be to able to send that out to a list of over 400 clubs, so they could disseminate that letter because our own cabinet wouldn’t do the work to get that done,” Kangbeya said.

SGA President Chris Brown denies that the SGA cabinet wouldn’t work to distribute the statement, saying that he and “several people” offered to help send out emails.

Kangbeya explained that she’s experienced a similar kind of inaction regarding racial issues within SGA’s cabinet.

“We had a really divided cabinet in terms of race relations,” Kangbeya said. “Other than [Adewunmi] and I, no other cabinet members have really taken a firm, consistent stance on the work of diversity and inclusion … They weren’t ready to put together a united front on Black Lives Matter and release a statement on that.”

In addition to this, Kangbeya specifically names Brown had previously rejected the idea of donating to bail funds under the belief that some people are rightfully in jail. Brown denies that he said this, instead saying that he had “concerns about the transparency of these funds,” wanting “a better idea of where [SGA’s] money goes and how it helps.” Kangbeya argues that in the past Brown has put roadblocks in her work in student affairs, repeatedly claiming his work is not “actively anti-racist,” implying he was not committed to fighting racism in his term.

“When I was in the process of creating the position for the executive director of diversity, equity and inclusion, the president of the association, Christopher Brown, did not see the same need for the position within the association that I did, and he told me several times that that position should have had a trial first,” Kangbeya said. “Are you really going to try out diversity and inclusion in an informal manner to see if it works? I don’t believe that our student body president is anti-racist. He put so many hurdles in my way in my diversity and inclusion work and creating Sade’s position.”

Brown says that similar positions included in SGA’s cabinet have first been created by the Executive Board before included in the association’s Constitution, which is why he suggested a trial run of the position and denies putting up any roadblocks against her work with student affairs.

According to Kangbeya and Adewunmi, Brown led the pushback in the release of the statement.

Brown denies any claims that he worked to block the statement from going out to the student body and says his questioning of SGA’s mission was in reference to donating SGA funds to external groups, like bail funds.

“I definitely did not block this,” Brown said. “I did voice some concerns. I serve as the chair of the cabinet, meaning I have to lead the discussion and bring up points for people to consider. So it wasn’t necessarily my opinion that we would be jeopardizing relationships, but I did think it was a valid point to consider because we brought it up several times before in the year.”

Additionally, Brown attributed the delay in the release of the statement to administrative procedure and members of the cabinet’s unavailability.

“We follow very laid out processes, so I was just making sure we worked through that,” Brown said. “A lot of the problem that we were facing was that a lot of people were unavailable to give their input or they were unable to generally share their opinion at that time, so we had to wait for their agreement or whatever their thoughts were and that was a significant holdup that we were experiencing.”

Brown expressed that despite the complications in how the statement was released, he was still glad it was released at all. Brown said that it is unlikely that the statement will be shown to Northeastern administration and formally emailed to all students.

“I have to kind of be a devil’s advocate sometimes. I need to bring up some things to make sure we are thinking through everything that we need to be,” Brown said. “Ultimately, Sade’s statement has gone out and has been received very well by students, and I am very happy how this turned out.”

Kangbeya, however, did not believe this was the case.

“[Brown] is not actively anti-racist and has not been consistent, and if you’re going to put hurdles in my way for diversity and inclusion work, then you can’t say that you are working for the entire Black community,” she said.

Brown denies these claims as well and explains that his administration has done a lot of work to encourage diversity in his administration, including efforts to create diversity and inclusion questions on TRACE Evaluations and ensure funding for trainings regarding racism and his work with the Northeastern Students of Color Caucus, or NSCC.

“I believe it’s categorically false. We have done a lot to welcome more diverse students into our association and do more outreach to students of color organizations,” Brown said. “I’ve done a lot of work personally with the Students of Color Caucus. I’ve worked with Kangbeya and [SGA senator] Josh Roller with [Dean for Cultural, Residential and Spiritual Life] Bob Jose on combating white supremacy and fascism on our campus following the Snell incident last summer. … I feel like we have actually made some progress in that area, so it’s disappointing to hear that.”

James Lyons, co-founder and former secretary general of NSCC, denied Brown’s involvement in the work with the organization.

“The only reason [Brown] ended up in any of the conversations was because, for SGA’s sake, he had to be there because he was president, and because Erykah essentially needed the president to sign off,” Lyons said. “Quite honestly, a lot of what Chris was doing was micromanaging work that Erykah had been sitting and putting hours of thought and time into.”

Brown argues that what he was doing was not micromanaging, but instead trying to establish a compromise between students and the administration where work is still able to get done.

“My approach to this and most things was to try to compromise: ask for a little less but get much more instead,” Brown said.

Additionally, Lyons explained that “Roller and [Kangbeya] were the ones who came to those task force Combatting White Supremacy meetings … Chris wasn’t even in those meetings.”

Brown’s response to this claim was that it was difficult to attend these meetings while he was on co-op. Roller would go to the meetings in his place, so he could stay informed on the process.

Despite this, when Lyons was asked if Brown made diversity and inclusion a priority in his administration, Lyons responded “absolutely not.”

Brown wanted to make clear that he is open to suggestions regarding his approach to diversity and inclusion.

“He, and anyone, can always reach out to me with feedback on how to make their topics more of a priority. I would like to note that we did have multiple successful interactions this year,” Brown said. “We worked together on reforming discrimination reporting and ensuring students had funds from Student Affairs to conduct their own discussions and training around race and racism.

As Brown’s administration transitions out, Kangbeya remains disappointed in the work they’ve done regarding both this statement and their overall approach to diversity and inclusion on campus.

“Under the leadership of Christopher Brown, and many other people on this cabinet, I have seen a consistent lack of action when it comes to diversity and inclusion work,” Kangbeya said.