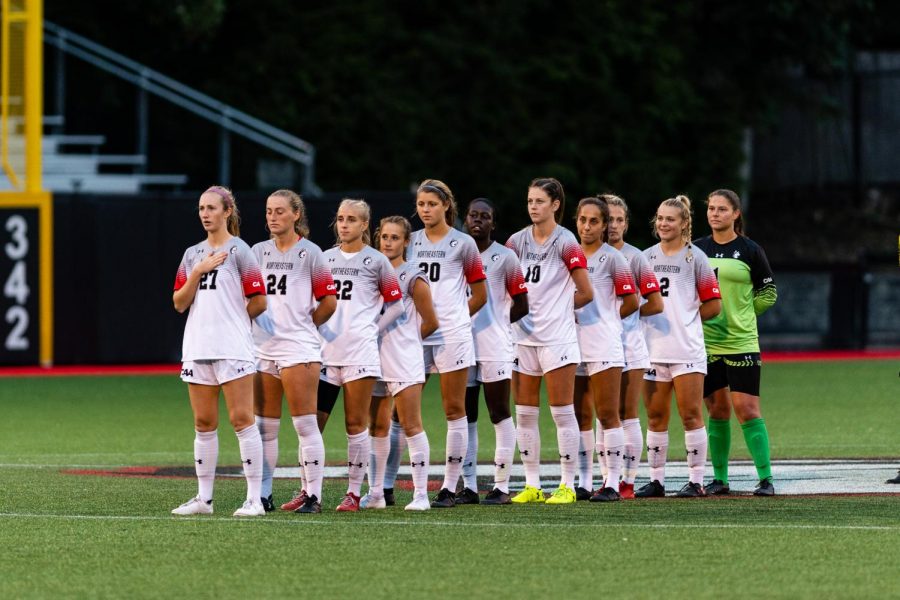 The Northeastern women's soccer team line up before a match in October 2019.

Northeastern announced Friday in a press release that fall varsity sports are postponed due to the COVID-19 pandemic.

“With the health and safety of Northeastern student-athletes and the campus community as top priorities, and in light of the decisions made by CAA member institutions and other regional conferences, Northeastern University will suspend all intercollegiate competition for Fall 2020 with a focus on attempting to play those sports safely in Spring 2021,” the statement read.

“This is an unprecedented time in intercollegiate athletics and the decision to suspend fall competition, while difficult to make, is the decision that best aligns with that priority,” wrote Director of Athletics and Recreation Jeff Konya. “This decision ensures that when we return to competition, we will do so in a safe and healthy environment.”

The Colonial Athletic Association, which Northeastern competes in for every sport except hockey, made no blanket decision but made a statement supporting the decisions of each of its member schools, which are located far apart up and down the East Coast.

The school announced its decision four days after the Patriot League and a week after the Ivy League came to the same conclusion. The Atlantic 10 made a similar announcement earlier Friday. The Patriot League includes teams the Huskies often compete against, such as Boston University, Colgate University and the College of Holy Cross, and the Ivy League includes NU’s neighbor Harvard.

Student-athletes’ scholarships will be honored for the 2020-2021 academic year, and team workouts will still happen following university, NCAA and public health guidelines.