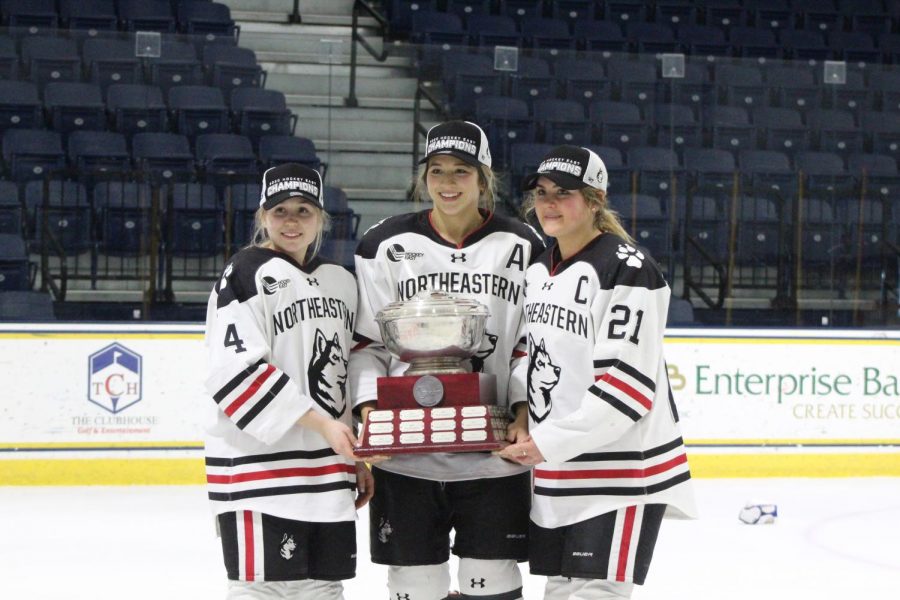 Hockey East announced on Wednesday that it plans to play its 2020-21 season, prioritizing league competition and the completion of a regular season. On Friday, Northeastern athletics spokesperson Scott MacDonald told The News he is “really confident” that NU’s men’s and women’s hockey teams will play this season.

On July 17, Northeastern announced that its fall varsity sports seasons would be postponed until the spring semester. This announcement did not affect hockey or basketball, which are winter sports. MacDonald said there are “a lot of question marks” still surrounding the upcoming hockey season, but as of today it is expected to go on as scheduled.

“We’re waiting for guidance from the NCAA, quite frankly,” MacDonald said. “And right now they’re focused on the fall football season.”

He said that Hockey East’s small footprint could make it easier to play the season under COVID-19 precautions. Every opponent is within driving distance, so the team can play a normal schedule without using air travel or hotels.

“Our furthest trip is Vermont, so we feel like we’re in a really good spot,” MacDonald said. “We’re really confident about getting this season in.”

According to Hockey East’s announcement, updated schedules and a start date will be announced later. In a typical year, both NU teams start play in October with some non-conference opponents.

MacDonald said no decision has been made about having spectators in Matthews Arena for games, but assuming a typical November start to the season, fans will probably not be in the building at the start.

Varsity hockey players will return to campus at the same time as the rest of the student body under Northeastern’s reopening plan and will be subject to the same testing protocols. MacDonald said the logistics are still being worked out for a return to group practices after that.

Players have been working out on their own since campus closed in March. The women’s team ended last season by winning its third consecutive Hockey East championship. They would have had a chance to play for the national title if the pandemic hadn’t scrapped the NCAA tournament.

The men’s team finished last season 18-13-3, tied for seventh in Hockey East. They were set to take on UMass Amherst in the conference tournament quarterfinals, but the COVID-19 pandemic forced the league to shut down for the season.

Charlie Wolfson can be reached at [email protected] and @chwolfson on Twitter.