Northeastern confident in housing plan despite city and faculty opposition 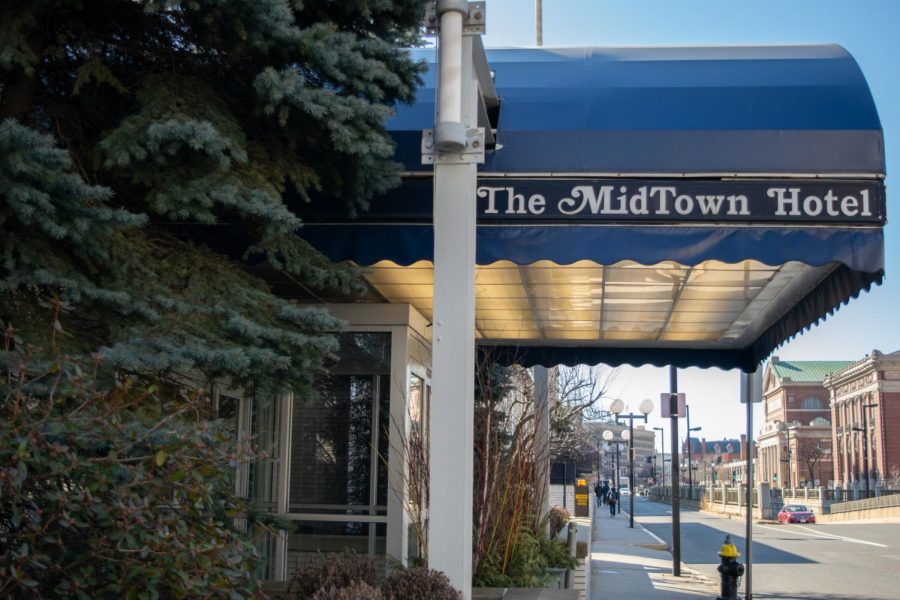 Northeastern filed a proposal with the city to use 149 rooms in the Midtown Hotel as student housing.

With the ongoing effort to maintain physical distancing for the fall, housing at Northeastern will look very different next semester.

Vice President and Chief of Campus Planning and Development Kathy Spiegelman said in an interview with The News that reducing density is one of the university’s top priorities to ensure safety this fall. She said this requires steps such as taking over parts of the Westin and Midtown hotels and capping room occupancy at two people.

However, not everyone is convinced that these steps will be enough to protect all members of the community, as pointed out by union leaders and community members after Spiegelman spoke at a Boston city council meeting July 9.

Some community members who gave public comments were concerned that Northeastern reopening will bring new COVID-19 cases to the historically Black neighborhood of Roxbury.

“In a historic time of black liberation uprisings, Northeastern has decided to add insult to injury by bringing students from all over the country and the world to Roxbury, completely disregarding the research showing that COVID-19 is disproportionately affecting black and brown communities,” said Somy Kim, an adjunct teaching professor in the Writing Program at Northeastern, in her public comment.

Northeastern plans to lease 147 additional apartment units on the outskirts of campus, including some in Roxbury. Although campus reopening will bring more on-campus students to neighborhoods around the university, these students will only be living in areas that have housed students in the past. The university will simply be renting additional units in apartment buildings where they already lease apartments, Spiegelman said.

“We discussed it with the city that we didn’t go into any properties that we didn’t already have students living in, but we did pick up some additional units,” she said.

In the July 9 City Council meeting, UNITE HERE Local 26 General Agent Phillip McNeil also raised the concern that students and the people that they interact with could expose more hotel staff to COVID-19.

“We are focused on testing and tracing – we’re focused on making sure not a single member of ours gets sick or a single additional member becomes a fatality because of this virus,” McNeil said. “All this testing and tracing, the millions of dollars we’re going to spend, that all goes out the window if we allow Grubhub to come up into these hotel rooms … “Forget about the economic justice issue, I’m talking about health and safety for everybody. This might be a temporary crisis, but these aren’t temporary workers.”

Spiegelman said students living in hotels will still have meal plans and that the only hotel staff they will interact with are workers cleaning hotel common areas. She said that if all goes to plan, Northeastern students should be some of the safest residents in Boston.

“Whether the students are living in our campus or in housing around our campus, either housing we supply or housing that they obtain on their own, they are required to test when they arrive, and they will be testing every five days through the semester,” Spiegelman said. “That testing and a process of contact tracing is going to make the Northeastern community of students not create any risks for our neighbors. They’ll be part of the city of Boston. There’ll be things that happen because we’re members of the Boston community.”

Jayden Khatib can be reached at [email protected] or @jaydenkhatib on Twitter.