Northeastern reports 1 positive out of 3,949 tests in first 3 days of testing 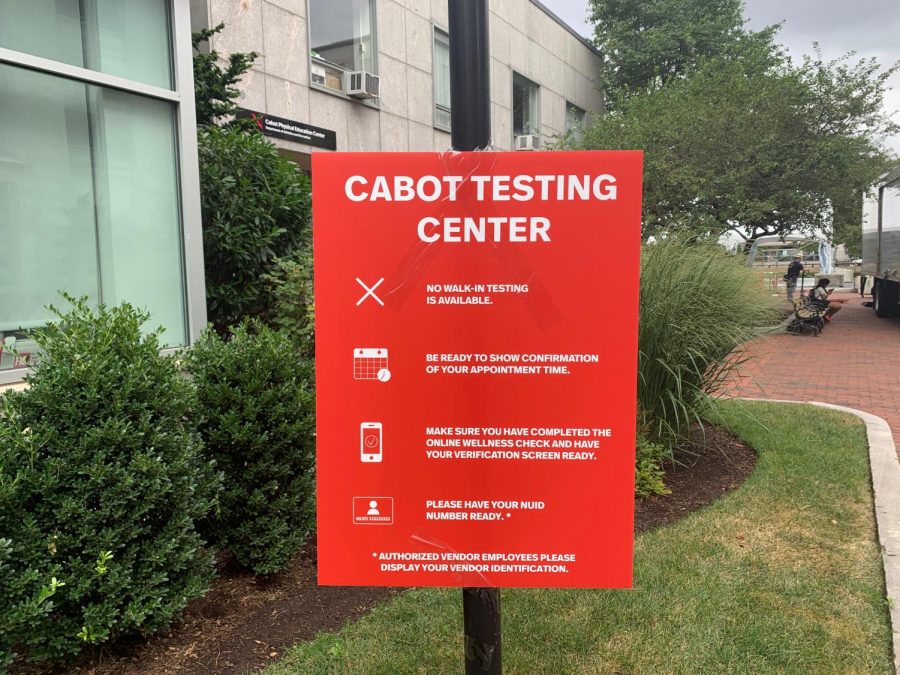 The first three days of COVID-19 testing at Northeastern’s facility in Cabot Physical Education Center produced one positive result, Northeastern announced Friday morning. The one positive result was found on Wednesday, making Northeastern’s current positivity rate 0.07 percent. The university has not reported if the person who tested positive is staff or a student or if they are currently in isolation housing. Another 149 tests were done Thursday, for which full results have not yet come in.

During the first three days of testing in the “spin-up phase,” which began Monday, 3949 total people were tested. Northeastern built the Cabot facility with the capacity to test 5,000 people per day, with a results time of 24 to 36 hours. Samples gathered at Cabot are taken to Northeastern’s new lab in Burlington, Mass., for processing.

The majority of undergraduate students haven’t arrived on campus yet and will begin moving in Aug. 29. Students will be required to get tested on their move-in day and then must test negative three times in a five-day span before fully re-entering campus life this fall. After that, students living in university housing or enrolled in in-person classes will be tested once every five days throughout the semester. Northeastern is relying on this testing plan as one of its main protections against outbreaks this fall.

Boston University, which also plans to offer in-person classes this fall, has announced 16 positive results out of 8,877 tests since July 27 — a positivity rate of 0.18 percent.